The Prime Minister has come under more fire for his views on how the game is marking Australia Day, as Jason Gillespie, the nation’s only Indigenous male Test player, threw his support behind Cricket Australia.

A day after Morrison was told on social media by Indigenous all-rounder Dan Christian to “read the room”, paceman Josh Lalor expressed disappointment at the PM, saying Scott Morrison “lacks leadership” for his response to an issue that has divided the game as it has the country. 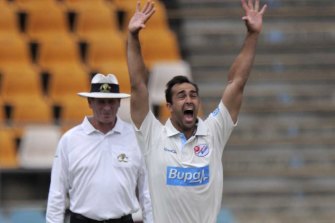 In an indication of how sensitive the topic is, Lalor is the only Indigenous player who agreed to speak to The Sun-Herald and The Sunday Age on the issue when approached through their clubs.

“The people on the other side have not been as compassionate and thoughtful and made it out to be an enormous deal which CA haven’t done.

“Australia Day has been celebrated nationally since 1935. That’s a lot of tradition so I appreciate it won’t be something that will change in five minutes.

“To get it changed will take time and effort. At the moment, that conversation isn’t even being had. That’s disappointing and lacks leadership.

“The stuff from the PM is a very brief response that pushes the issue to the side rather than allocating time and energy to work on it.

“I appreciate for a lot of people in the government that this might not be the main priority but it should be for someone down the line to sort this out.”

Though appreciative of the extraordinary disruption to the season due to COVID-19, Lalor said the Renegades should have done more on the issue once it was known they would be playing on the date, blaming “cricket bureaucracy” for the lack of action.

Nick Cummins, the commercial manager of Melbourne’s two clubs the Stars and the Renegades, has said there was not enough time to discuss such a complex issue. The venues for Tuesday’s games were not finalised until late November.

“They didn’t think about what the 26th means and take it from there,” Lalor said. “[It’s] disappointing the club’s not as proactive but hopefully if it comes up again next year we can do more and be contributors to the conversation rather than a missed opportunity.

“In a perfect world, CA could have given clubs more time to get heads around it or the clubs thought about it when the schedule was released and been more culturally aware about playing on the day.”

Lalor applauded CA for not showing its support for First Nations People in a “destructive” manner, describing their approach as “socially responsible”.

“You can move games, draw more attention to the divide and even with good intentions you can do more damage than good,” Lalor said.

“I think what CA has done is very understated, common sense, socially responsible and it’s disappointing that it’s not been met with the same fairness and equality on the other side.

“The actions of CA have been consultative and considered, the response on the other side is haphazard, as if they’ve come up with the answer on the spot.”