Joe Root spoke of his frustration after England suffered a 157-run thrashing by India to go 2-1 down ahead of Friday’s fifth and final Test in Manchester.

Set what would have been a record 368 for victory, the hosts were knocked over for 210 on the last day in south London, with Indian captain Virat Kohli repeatedly taunting the home crowd as all 10 wickets crumbled for 110.

Openers Rory Burns and Haseeb Hameed each made a half-century, but of the rest only Root passed 20 – before he was bowled for the second time in the game by Shardul Thakur. 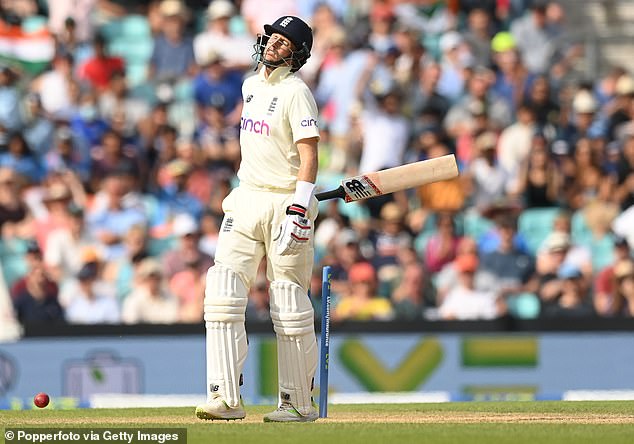 ‘It’s disappointing and frustrating, especially turning up with the opportunity to go and win a Test match,’ said the England captain. ‘To be bowled out is hard to take. But we’ll look at how we responded from Lord’s and the performance we put in at Headingley. We’re going to look to do exactly the same at Old Trafford.’

After an error-strewn performance by England, in which they had India 127 for seven on the opening day, were unable to capitalise on a first-innings lead of 99, and then allowed the tourists’ last four wickets to add 150 on the fourth afternoon, Root admitted his side blew it.

‘There’s been a number of periods where we were ahead and we had a great chance to be sat here with something to show for the week,’ he said. ‘There’s no hiding from that, and no point trying to sugar coat it. We should have got something from this game.’ 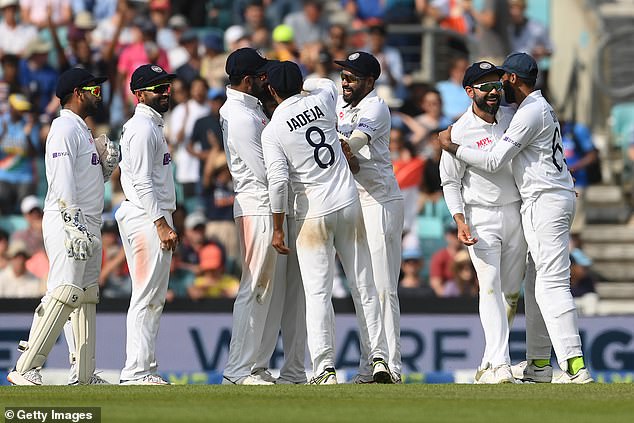 Repeating a mantra he has used so often before, Root added: ‘We have to be a little bit more ruthless at certain points of the game, and say: “Right, I’m going to grab this moment and get us into that advantageous position.”’

What he was perhaps unable to say was articulated by Michael Vaughan, one of his predecessors in the job. ‘Sometimes, you have to accept that a team is better than you when the pressure is on,’ he tweeted. ‘India are better when it really matters.’

For Kohli, who brilliantly orchestrated India’s performance in the field, just as he did on the last day of his team’s momentous win in the second Test at Lord’s, victory spoke volumes for his team’s resilience. 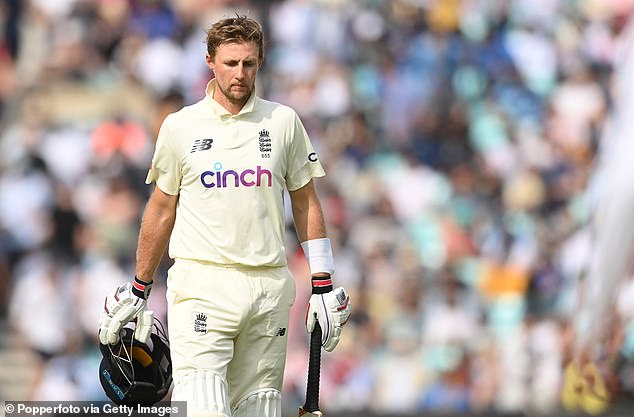 ‘The character that the side has shown, to come back from a 100-run deficit, showed that we were not down and out,’ he said. ‘That was among the top three bowling performances I have witnessed as India captain.’

Central to their win was a stirring spell of reverse-swing by fast bowler Jasprit Bumrah, who dismissed Ollie Pope for two and Jonny Bairstow for a duck as England slipped from 100 without loss to 147 for six.

‘The mindset after the lunch break was we needed to apply pressure and start really well,’ said Bumrah. ‘You don’t want to play catch up. If we start well, we can create pressure and any result is possible.’