Jos Buttler is OUT of the fifth Ashes Test in Hobart and will return home after suffering a ‘bad’ finger injury in Sydney draw, confirms England captain Joe Root

England’s Jos Buttler has been ruled out the fifth Ashes Test in Hobart because of a finger injury.

Captain Joe Root confirmed the news after the tourists prevented a potential series whitewash by drawing the fourth match in Sydney.

‘Jos Buttler is going to be going home,’ Root said at the post-match presentation. 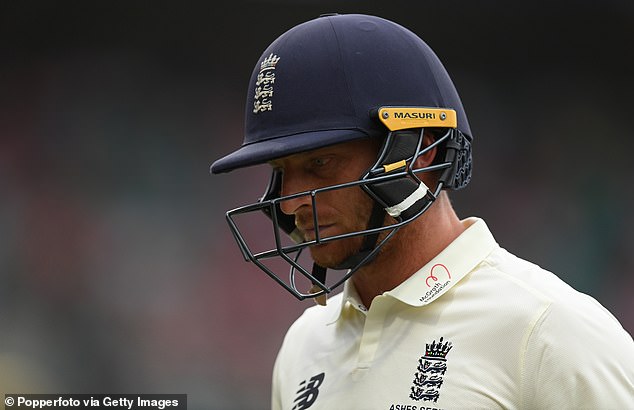 ‘It’s quite a bad injury, so it’s a really disappointing shame for him and for the team but it’s part and parcel of playing Test cricket, sometimes you’ve got to take these things.

‘And the way he stood up throughout the rest of the game having taken that and put in for the boys is testament to his character and how much he cares about playing for this team.’

After thumping defeats in Brisbane, Adelaide and Melbourne, England stopped the rot in the tensest possible fashion at the SCG, finishing nine down and with number 11 James Anderson fending off the final six balls. 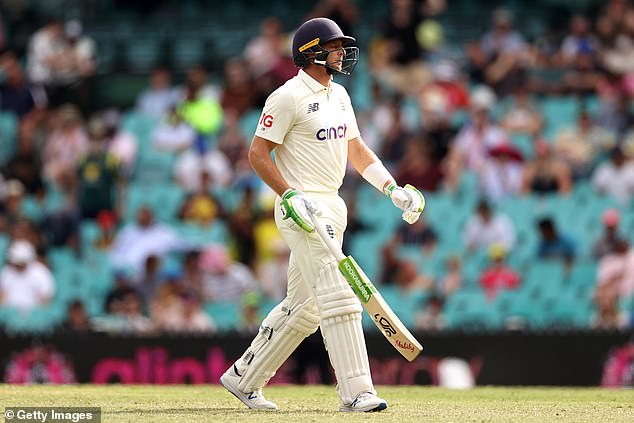 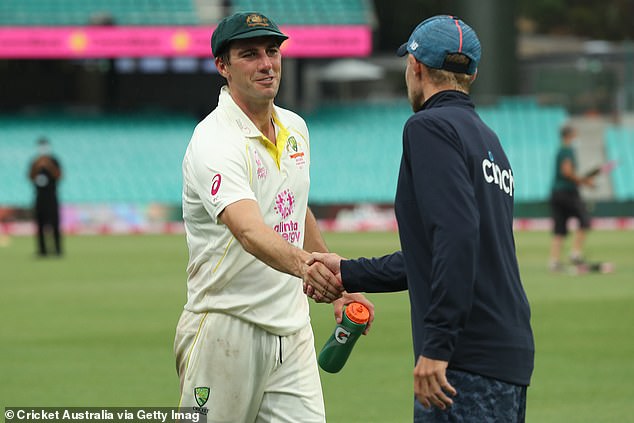 A testing series for the tourists concludes next week in Tasmania, starting on Friday.

Root said: ‘It’s been a difficult tour until now, we’ve obviously found it tough at times but one thing I’m really proud of is the determination, the character, the way we stood up today and found a way to get a result out of this game.

‘I said at the end of the last game we wanted to try and put some pride back into the badge and give something for the guys back (home) to hold on to. The way we went about things in this game, I think we did that in spades.

‘There’s still a long way to go as a team and we’ve got to make some big improvements, we know that.

‘A number of guys have had some quite difficult injuries to play through and have shown a great amount of heart and character to find a way through this Test match and get us a draw from it. 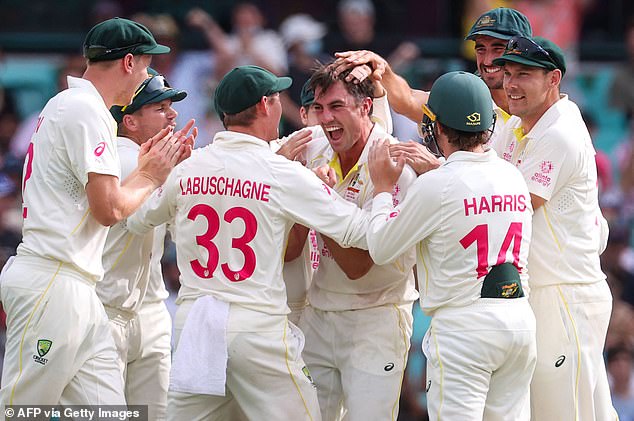 England stopped the rot after defeats in Brisbane, Adelaide and Melbourne in the tensest possible fashion at the SCG

‘It would be nice to be able to front up again next week and hopefully go one better.’

‘I obviously would have loved to have gone 4-0 but it was a good match,’ said Cummins.

‘We got close, a bit less weather might have got us there but it was just a really hard-fought match of Test cricket, I think that’s why we all love it.’

He added: ‘The weather forecasts are hopeless, I learnt that this week.

‘I think day four was meant to rain all day so I was ready to follow on and I think we would have had a full day of sunlight yesterday to bowl.’