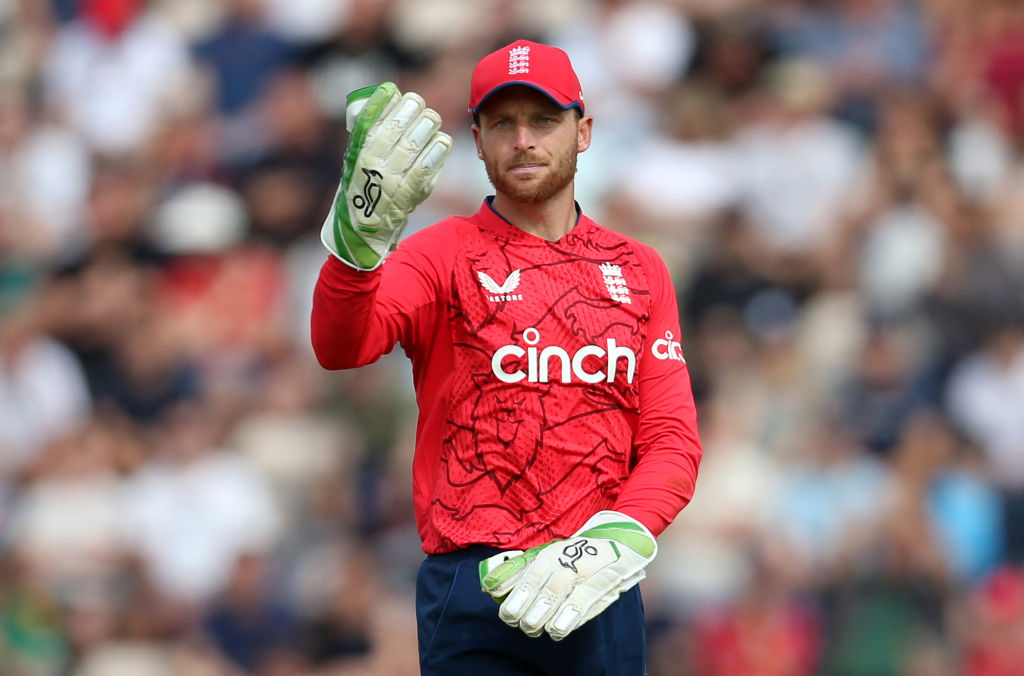 Jos Buttler has vowed to have an ‘honest chat’ with his England team after they slipped to a T20 series defeat to South Africa and failed to win a home white-ball series this summer.

England were bowled out for just 101 in Sunday’s T20I decider against South Africa in Southampton, with the tourists sealing an emphatic 90-run win to take the series 2-1.

Buttler’s side lost by the same margin in their T20 and ODI series against India earlier in the summer, while they could only draw the 50-over series against South Africa.

Buttler replaced 2019 World Cup-winning captain Eoin Morgan at the helm in late June and admits England’s recent results should act as a ‘reality check’ ahead of the T20 World Cup which takes place in Australia later in the year.

‘I think it is a reality check,’ Buttler said. ‘We haven’t played our best cricket by a long stretch and I don’t think we have been able to impose ourselves.

‘We can’t live in the past and pat ourselves on the backs for the changes that have been made in English cricket and the successes we have had.

‘It’s about looking forward, trying to chase the best teams in the world and being at the forefront of that.

‘We do need an honest chat. You don’t want to overreact to situations but you could sense the frustration around the ground with the “get on with it, England” chants.

‘You don’t want to be associated with that. It is the first time I have heard that for a very long time, so that frustration around the group shows we weren’t managing to put on the show we want to put on.

‘You can cope with losing but you want to make sure you stay true to what you believe in and I think we fell well short with the way we played.

‘The disappointing thing was the way we went down. We lacked intent and confidence and didn’t put the opposition under pressure. We never managed to fire shots and wrestle the initiative.

‘I think that bit of timidness is probably the thing we are frustrated with most. We want to be a team that wants to be brave and take risks.

‘We have to work out where that lack of consistency comes from. Whether it’s over-confidence or lack of confidence, we have not been able to back up performances. As individuals and as a team we have not played our best.

‘The first place I would look is myself. I want to lead from the front as captain and I know I haven’t performed at the level I would like to.’

England play ten more 20-over matches before they will attempt to win the T20 World Cup for the second time, following a semi-final exit in the last edition in November.

Australian Matthew Mott, who was appointed as England’s limited-overs coach in May, added: ‘We were down on confidence with bat and ball.

‘We’ll want to use The Hundred really well to get that confidence so when we get ready for Pakistan and the World Cup we’re a bit of a different team.’

While England’s white-ball team now face a two-month wait before their next fixture, the Test side begin a three-match series against South Africa on August 17.