Lauren Bell knows that stepping into the shoes of Anya Shrubsole and Katherine Brunt is a daunting prospect for any debutant. But perhaps a player nicknamed ‘The Shard’ for her height is the perfect fit for that tall order.

Bell, who is 6ft, is one of five uncapped players in the squad for Heather Knight’s side as they start their Test at Taunton on Monday. It is South Africa’s first red-ball action since 2014 and will be followed by three ODIs and three T20s in a multi-format series.

And with Shrubsole retiring from all formats and Brunt from Tests, right-arm seamer Bell is looking forward to the prospect of making her England bow. 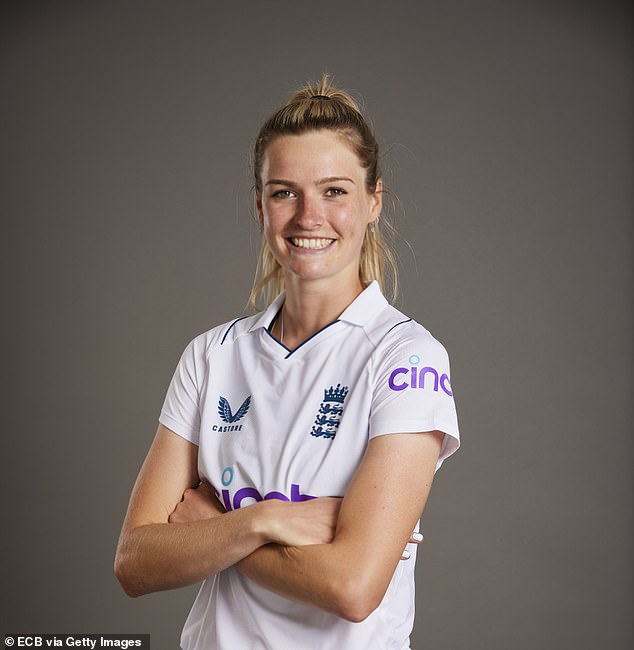 ‘We’ve of course lost two seamers so I feel like I’ve got a good chance,’ said the 21-year-old. ‘I hope I can make the XI but I’m just really excited to be a part of the squad and fit in where they see me best.’

Bell was selected for the Ashes touring squad in January and, despite not making her senior international debut, was the joint-leading wicket-taker for England A Down Under. An initial four weeks away from home turned into three-and-a-half months on the other side of the world as Bell was then named as a travelling reserve for England’s defence of the World Cup in New Zealand, which fell at the final hurdle against Australia.

‘Spending time with the team in New Zealand helped me feel a lot more settled going into this week,’ Bell added.

Emma Lamb, Alice Davidson-Richards, Freya Davies and Issy Wong, who stepped into the squad on Saturday after Covid-hit Emily Arlott was ruled out, could also make their Test debut on MOnday. South Africa are without two key pace bowlers — Shabnim Ismail and Ayabonga Khaka — as well as vice-captain Chloe Tryon due to injury. 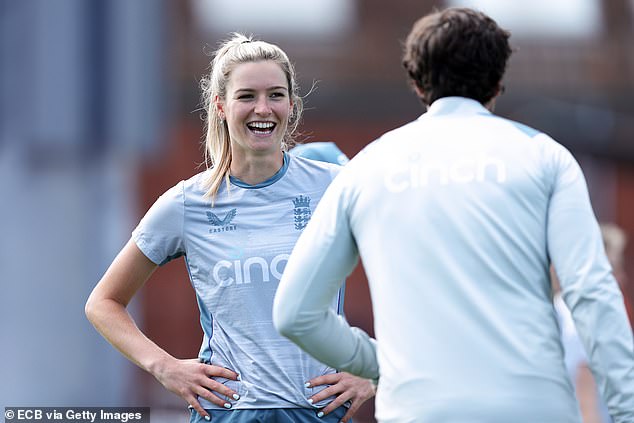 Bell, who is 6ft, is one of five uncapped players in the squad for Heather Knight’s side