MCC back controversial T20 Blast Finals Day umpires after Lancashire captain Dane Vilas questioned the decision to call the final ball dead with his team trying to run for victory, leaving Hampshire to win by just ONE run

The MCC have given their backing to umpires Graham Lloyd and David Millns after a chaotic ending to Saturday’s Vitality Blast final.

Hampshire triumphed by one run over Lancashire at Edgbaston but only after a dramatic finale which saw Nathan Ellis bowl a no-ball from what had been expected to be the last delivery of the Twenty20 showpiece.

It saw Hampshire’s celebrations cut short and Ellis forced to bowl the last ball again — now trying to defend three runs — and while Lancashire were able to run one bye, umpires Lloyd and Millns deemed the ball was dead before Richard Gleeson and non-striker Tom Hartley could complete a second bye to level the scores, which would have seen their side declared champions due to their superior powerplay score. 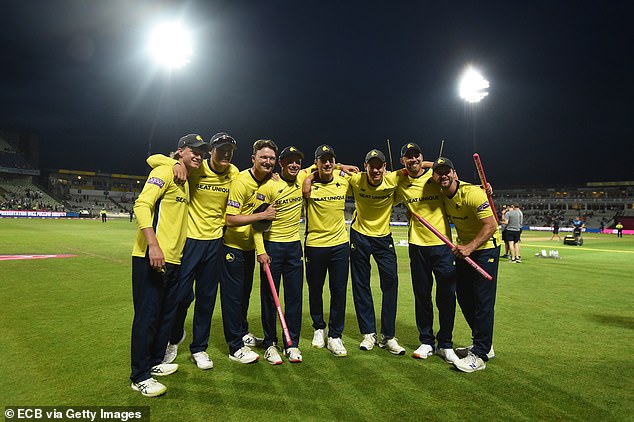 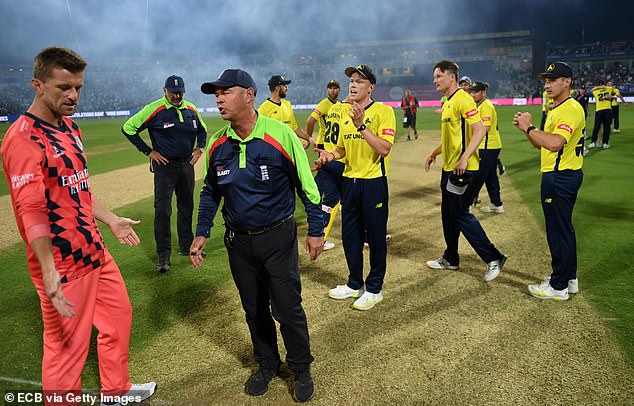 Lancashire captain Dane Vilas questioned why the umpires deemed the ball dead when Hampshire wicketkeeper Ben McDermott broke the stumps before the Lancashire batters had set off for their second run.

An MCC statement read: ‘The match was concluded when the ball was deemed to be dead by the umpire, after the batters had completed one bye from the final ball.

‘The bowler’s end umpire signalled the bye to the scorers. The ball was dead because, in the view of the umpire, it was finally settled in the hands of the wicketkeeper.

‘It is not relevant that the wicket was not lawfully put down. Once the umpire has made the decision that the ball is dead, that decision cannot be revoked.’