When it comes to mental toughness, Australia’s most successful Olympian Emma McKeon has shown an innate ability to push the pain barrier beyond where others can and block out distractions away from the pool, as she showed at the recent Commonwealth Games.

It’s why McKeon has the utmost respect for the hundreds of cyclists who will converge on her hometown of Wollongong for the UCI Road World Championships from September 18 to 25.

More than 1000 riders from over 70 countries, including many from Australia, will arrive on the NSW south coast ready to test their physical and mental limits in front of a global audience of about 300 million fans.

After last year’s Tokyo Olympics and a drama-packed Commonwealth Games in Birmingham for McKeon in late July, the 28-year-old is now an ambassador for an event that is being embraced by the coastal city she calls home.

McKeon even keeps all her Olympic medals at her parents’ place in Wollongong.

Admitting the extent of her cycling ability extends to a casual ride while on holidays as a kid, McKeon is impressed by the quality of the field and delighted to be asked to wave the starting flag for riders in the community ride on September 17.

“I don’t have a career in cycling, so I’ll stick to the pool I think,” McKeon said. “We get to show Wollongong off to the world. Thousands of people will be coming from all over the world for this event and millions will be watching online as well. 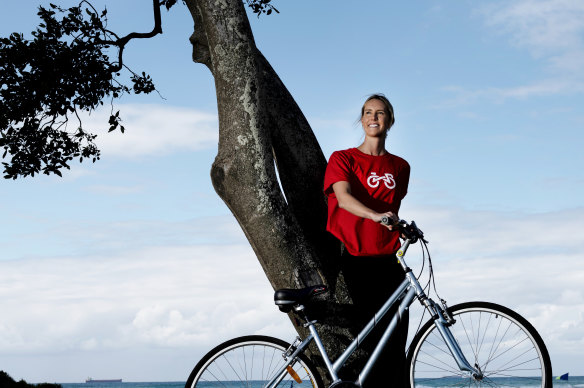 Emma McKeon is an ambassador for the UCI Road World Championships.Credit:Nick Moir

“I had to do a bit of research about the event, but it’s got as much prestige I’m told as the Tour de France, which is very impressive. It’s really cool.”

McKeon is in the second week of a short break from the pool and will return to training on Monday after a holiday to Lake Conjola with boyfriend and new Australian swimming teammate Cody Simpson.

The change of pace for the pin-up couple of the Australian team was well-needed and well-deserved. 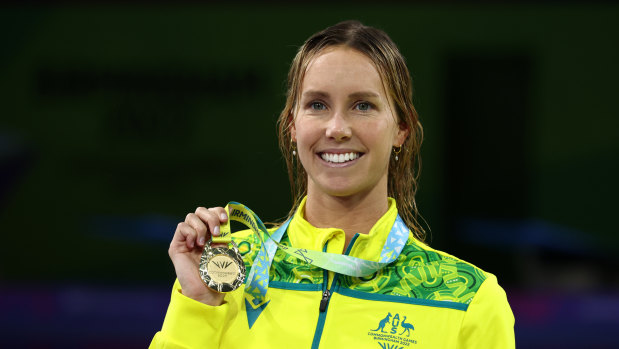 Emma McKeon is the most successful athlete in Commonwealth Games history.Credit:Getty Images

The pair were at the centre of a storm during the Commonwealth Games after reports suggested there was rift between Simpson, McKeon and six-time Olympic medallist Kyle Chalmers.

The furore had the potential to affect McKeon but it had the opposite effect as she went on to claim seven medals (five gold, one silver and one bronze).

Asked about the external noise and her campaign as a whole, McKeon said she was pleased to be able to block everything out and focus on the task at hand.

“I think I’m very good at dealing with distractions,” McKeon said. “I always know that I am there to race and do a job. I just focus on myself and that’s all I can do.”

McKeon said having limited training preparation before the Commonwealth Games – she took a three-month break after Tokyo – was a mental challenge that she relished and overcame.

“I get a lot of my confidence from the hard work I put in and the racing I do in the lead-up, so it was definitely different,” McKeon said. “I’m definitely very used to dealing with little setbacks, especially with how the Olympics went and the prep for that.

“My coach was definitely surprised with me swimming and my times over [in Birmingham] just because of the short preparation. I knew it was going to be a shorter preparation, so I wasn’t going to go in with as much confidence in my fitness and racing.

“I was really happy with how it all went. It’s good in the lead-up to Paris.”

McKeon’s next major event is the World Short Course Swimming Championships in Melbourne in December.