Moeen Ali will be vice-captain for the fourth Test

Moeen Ali hopes he can help calm his team-mates on the field and inspire his community off it after being named as England’s vice-captain for this week’s fourth Test against India.

With Ben Stokes on hiatus and Jos Buttler leaving the squad to prepare for the arrival of his second child, Joe Root found himself looking for a new right-hand man at the Kia Oval.

James Anderson has done the job before and has 165 caps worth of experience behind him, while Surrey opener Rory Burns is a well-travelled skipper in the county game. But it was Moeen who got the nod, despite being just two games into his red-ball comeback.

Root hailed the all-rounder as a “natural leader” with a “brilliant cricket brain” after choosing the 34-year-old, who has long been seen as a calming influence and purveyor of wise counsel.

In a tightly fought series that has seen tempers flaring on both sides, his relaxed demeanour could help keep England focused on the task at hand when they walk out with the scores level at 1-1.

“Obviously to captain or vice-captain England in any form is huge and I’m very excited,” Moeen said. “I also know Jos isn’t here, Ben isn’t here, and they would have done it if they were here, so I’m pretty realistic in that respect. But things can change quickly. That’s the beauty of sport in one way.

“I’ll take the load off Joe a bit. He’s got a lot on his plate. I’m expecting India to come out with intensity. Some of the stuff the opposition possibly do is just to get at us or get us to play differently, and I think I’m quite good at controlling that.

“I try to have a laugh and a joke off the field as much as I can. I try to enjoy every minute of playing for England and cherish it. I’ve got friends on the opposition team. On the field we play hard but I won’t let a cricket game get in the way of me and my team-mates or the opposition. I think about who I’m representing, my family, my parents… there’s more to it than just losing my cool on the playing field.”

I think whenever you play for England as a British Asian, you’re representing a people, a group. I feel like I’m representing them.

Moeen’s reach as a symbolic figure extends far beyond his own immediate circle, of course. English cricket’s relationship with race has been put under the microscope following a series of disturbing allegations over the past 18 months, led by former Yorkshire spinner Azeem Rafiq.

Having become the first British Asian since Nasser Hussain in 2003 to lead England when he stepped in for Eoin Morgan during a Twenty20 against Australia last September, Moeen’s story represents a glimmer of hope for a better way. Now, he hopes to act as a beacon for others who want to make the same journey.

“I think whenever you play for England as a British Asian, you’re representing a people, a group,” he said. “I feel like I’m representing them. To be given this chance, I feel like they will also be feeling in cricket chances are given if you do the right things and you’re showing the attitude towards the game that you probably should.”

Moeen has a soft spot for the Kia Oval, having claimed a hat-trick at the ground in 2017 to wrap up a memorable Test victory over South Africa. 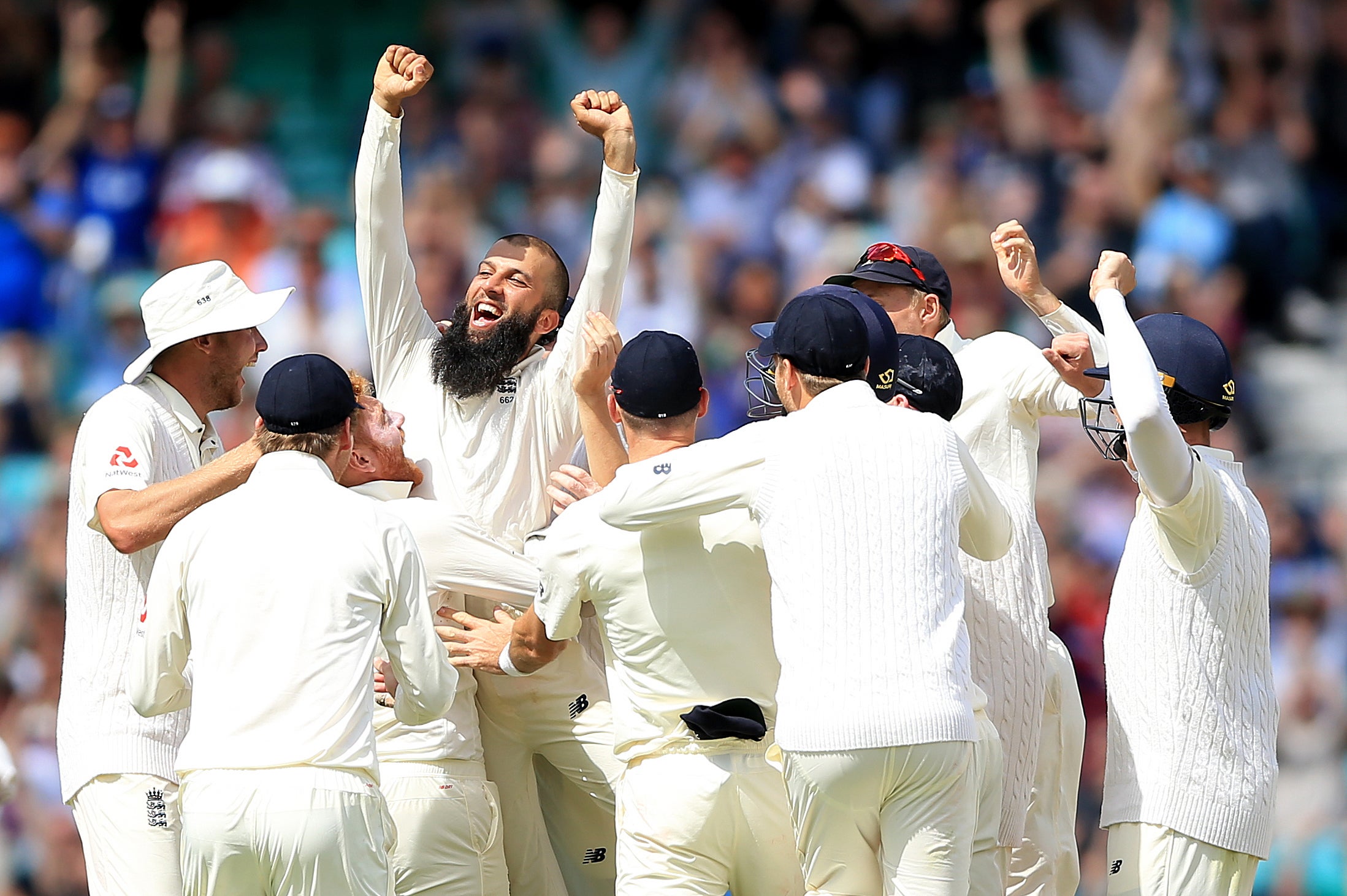 “I just remember it took me three balls to get three wickets and then we celebrated the win. I’ve always enjoyed playing here,” he said.

“I’m not expecting (another) hat-trick but I probably expect a little bit of spin towards the end of the game. It looks a little bit more green than normal here, but it’s always a good wicket for spinners here in the end.”

England are expecting to draft Ollie Pope into their top six in Buttler’s absence, with Chris Woakes set to return in Sam Curran’s place. England may then make a late decision between Craig Overton and the fit-again Mark Wood.