The Caulfield Cup broke an 11-year drought 12 months ago when Vow And Declare came through the race to claim the Melbourne Cup, but I’m not sure the race will be the same guide this year.

Anthony will have to carry the biggest weight since 1975 (Think Big) if he’s to be successful, while Verry Elleegant is already in elite territory for a mare. Greg Carpenter and his handicapping panel will decide Monday whether the Chris Waller-trained mare receives a penalty or not.

If they do penalise her, you would think a half kilo would be it, as that would put her on a par with the weight Makybe Diva carried in her second Cup win.

It would also align with the 2018 Caulfield Cup winner Best Solution, who escaped a penalty after carrying 57.5kg to win at Caulfield. At 55.5kg, it would have Verry Elleegant on a par with that horse after the 2kg mares allowance is taken into consideration.

The last horse to compete the Cups double was Ethereal in 2001 and no Caulfield Cup winner has placed since then.

MORE CASH FOR THE COUNTRY?

Expect an announcement this week from the Government confirming the Country Racing Package will be extended.

This first came about as a five year $80 million pledge to fund country racing in the state, which included almost $15 million a year for prizemoney.

The opposition is yet to officially announce its racing policy, but the LNP’s racing spokesman John-Paul Langbroek seemingly committed to higher prizemoney levels when taking a swipe at the government on social media on Saturday.

The Surfers Paradise MP said Queensland racing “has a bigger mountain than Everest to climb” before announcing an LNP government would have “enhanced integrity via QRIC, more prizemoney and better treatment of participants.”

Fun Fact looked very average when having every possible chance at Doomben a week earlier as the unplaced $2.60 favourite, then comes out and leads the way in a $500,000 feature at Randwick on Saturday.

No wonder punters can be cantankerous at times. 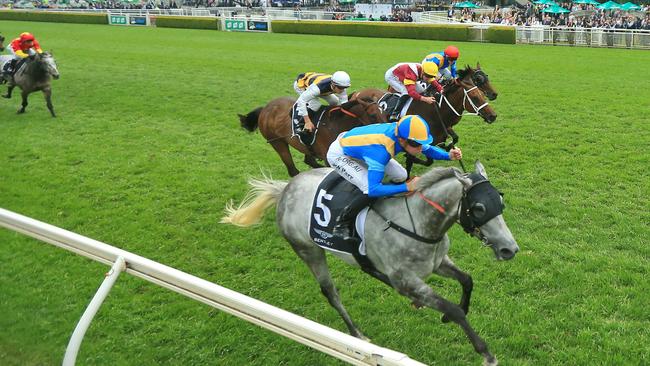 Best Result: Madam Rouge, Caulfield, Race 10: She has always been a tricky horse for punters and she hurt them again on Saturday.

Worst Result/Best Backed: Verry Elleegant, Caulfield, Race 9: Punters came for Verry Elleegant in a big week and she delivered the Ladbrokes book one of its worst results in a Group 1 race in some time.

“I didn’t see it coming, but all of a sudden a magpie hit me in the side of the helmet and side of the face. I sort of had a little laugh to myself, but I had to adjust and make sure I finished off my job.”

Georgina Cartwright after cleaning up a stray bird on the turn before guiding Royal Hale home to complete a Doomben treble.

Chris Waller’s post Caulfield Cup comments made for interesting reading, suggesting The Everest should be run at night in future, to avoid clashes with Melbourne’s feature day and that Racing NSW should charter a plane for those with dual commitments. Former ATC Chairman Laurie Macri flagged a night Everest back in 2017, but the lighting project came out more expensive than originally anticipated.

Mark Zahra was in the zone with a winning quartet on Caulfield Cup day. With most Sydney jockeys staying at home for The Everest, two of his wins were for NSW stables, including Verry Elleegant, which he guided brilliantly to win the Cup. Fields Of Yulong, Doomben, Race 4: Measured right up again. His turn is nigh.

Stuttering/Stampe, Doomben, Race 9: Lovely returns from both. They can go through their grades.

Fifty Stars, Caulfield, Race 8: Will be primed for Cup Week at Flemington.

Perfect Jewel (Caulfield Race 10) has been a good horse for bookies since winning first up.

Poupee, Doomben, Race 2: Sensational betting move for the Stu Kendrick trained filly, but she was quickly a spent force. Jock said inclined to lay out, but vets found no immediate abnormalities.

Saturday’s features looked wide open, but punters sorted them out. Verry Elleegant stung bookmakers in the Caulfield Cup, while Classique Legend ended up starting the clear top pick in The Everest.