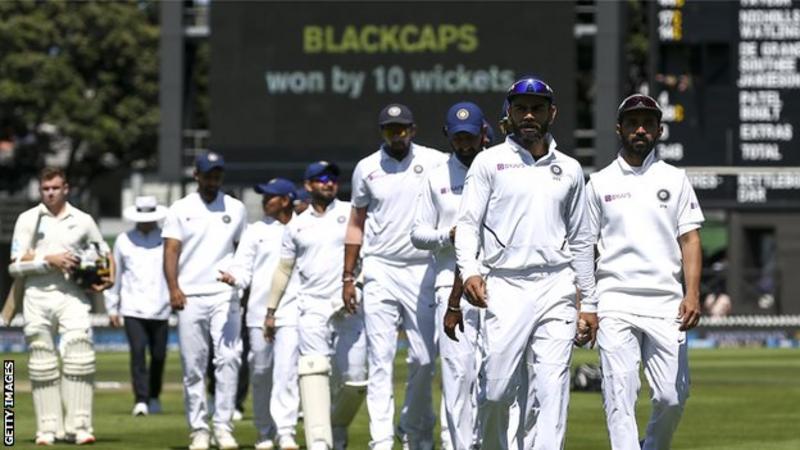 India captain Virat Kohli said his side were “not good enough” in their 10-wicket defeat by New Zealand in the first Test in Wellington.

Fast bowlers Tim Southee and Trent Boult shared nine wickets as the tourists were all out for 191 in their second innings, a lead of just eight.

New Zealand knocked off those runs inside two overs to seal victory and go 1-0 up in the two-Test series.

“The simple truth is we did not play good enough cricket,” added the 31-year-old batsman, whose side had won their previous seven Test matches.

India began the fourth morning on Monday trailing the hosts by 39 runs on 144-4, but lasted just 79 minutes as Southee and Boult claimed five of the last six wickets between them.

Kohli said being dismissed for just 165 in the first innings was crucial but added that his team can recover from a first loss in 11 Tests.

“We let ourselves down massively in the first innings with the bat,” he said.

“Some people might want it to be the end of the world, but it’s not. For us, it’s a game of cricket we lost and we move on. We keep our heads high.”

The second Test starts in Christchurch on Saturday, 29 February.