Kevin Pietersen and Gary Lineker lead praise for ‘ruthless’ England after they cruised to the T20 World Cup final with a record-breaking 10 wicket win over ‘fabulous’ India, as fans rejoice ‘absolute masterclass’ in Adelaide

Kevin Pietersen and Gary Lineker led the praise for England cricket after destroying India with a 10 wicket victory to secure a place in the Twenty20 World Cup final.

Alex Hales powered England into the final against Pakistan with an extraordinary display of hitting to stun India and silence their massed support at the Adelaide Oval.

Chasing 169, Hales blasted 86 from 47 and Jos Buttler smashed 80 from 49 as England cruised to victory with four overs to spare. 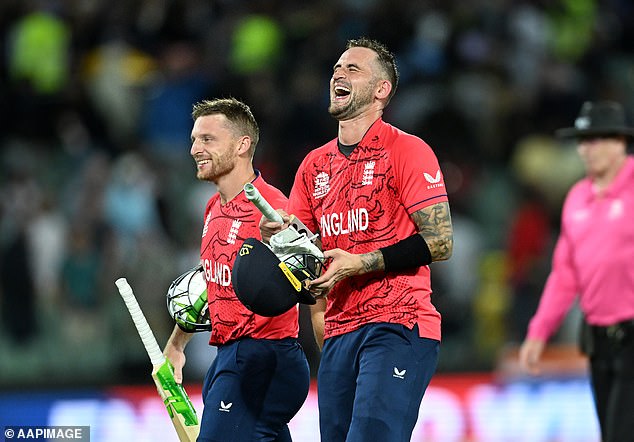 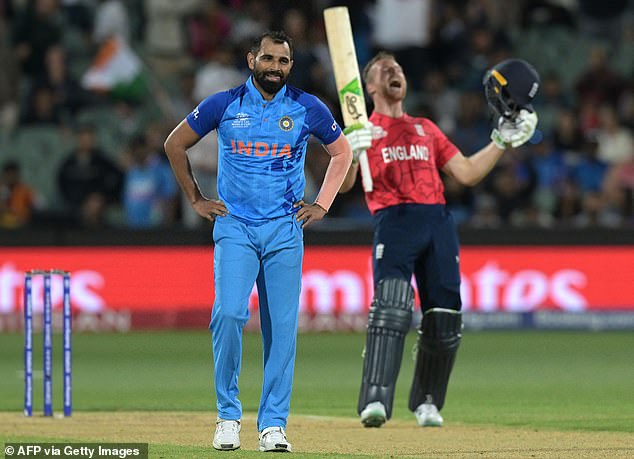 Former cricket star Pietersen posted on Twitter: ‘Ruthless from England! An exquisite semi final performance against a fabulous Indian team! Pakistan will be petrified cos this England team is flying.

Match of the Day host and former England footballer Gary Lineker joined in by saying: ‘What a performance from England cricket. A record breaking ten wicket win.

‘All Hales to Buttler and his team. Sensational stuff.’ 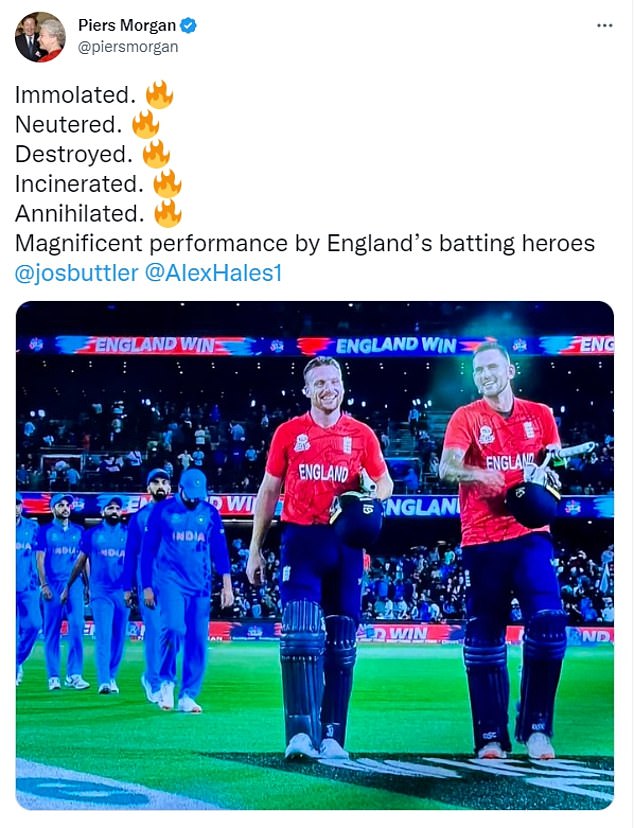 Cricket fans rejoiced the victory and flooded to social media to praise England’s performance, as they not only won but destroyed their semi-final opponents.

One fan said: ‘England made that chase so easy in turn making India look so average.

A second posted: ‘Super!! Outclassed Out Played & England literally humiliated India in this match. What a chase, they made it so easy.

A third tweeted: ‘Unbelieve. Insane win. With 6 key players out as well! Extraordinary.’

Some fans singled out praise for both star batsmen Hales and Buttler after their performances made light work of chasing down India’s total.

One posted: ‘That was unbelievably good England. Not enough superlatives. Hales and Buttler made it look easy, even through the middle overs. Could have chased 200. So good. Bring on Sunday!

England will now face Pakistan in the T20 World Cup final in Melbourne on Sunday.