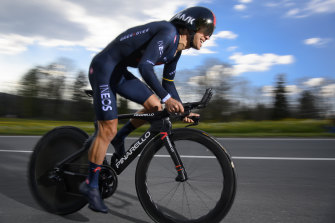 The final stage – a 147-kilometre route from La Lechere-les-Bains to Les Gets that featured six categorised climbs – was won by Mark Padun for Bahrain Victorious.

The overall win for Porte presents Ineos with a familiar problem. Going into the Tour, they have four riders with claims over the team leadership: 2019 Giro winner Richard Carapaz, 2018 Tour champion Thomas, Porte and Tao Geoghegan Hart, who won the 2020 Giro.

Tags: c, for, Porte, Tour, up, warms, with
You may also like
Latest Posts