Trainer Joe Pride is keen to get a win against Shalatin’s name and give the promising colt a confidence boost at Newcastle on Thursday.

Shalatin holds some lofty spring nominations, but Pride’s priority is shaking off that maiden in the TAB Venue Mode Plate (1200m). 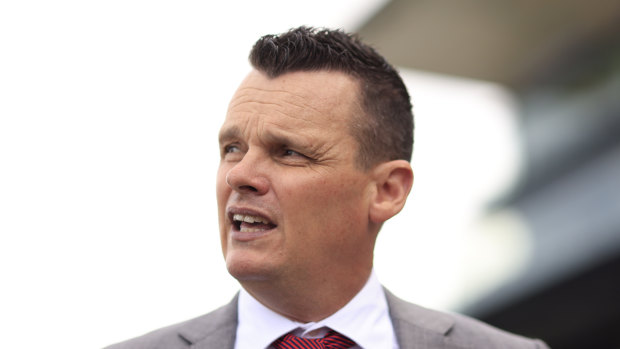 The three-year-old competed against the best of his age last season and Pride is hoping for an improving surface to bring out his best first-up.

“I traditionally start my horses off in the lowest grade I can but, with him, he was a pretty exceptional talent and he’s ended up running in mainly group races,” he said.

“So, he hasn’t had an opportunity to break his maiden yet and, I think from a confidence point of view, it’s important he gets into the winner’s circle and there’s no better time to do that in a prep than first-up.”

In Shalatin’s short career he has amassed over $200,000 largely from placings in the $1 Million Golden Gift and the Group 2 Todman. Both races were won by Sejardan.

Pride is aware of the expectation on a horse of his profile going into a maiden race for the first time.

“It’s strange, he’s been going to the races and running around for huge amounts of prizemoney now all of a sudden he’s going around in a maiden and there’s probably more pressure on him than the other races,” he said.

“I don’t know what he’s against but, if he runs up to what he’s capable of doing, I think it would take a pretty exceptional horse to beat him.”

The three-year-old has had two strong trials and Pride said he’s pleased with the way he’s coming up.

He’s reluctant to make firm plans for the Spring at this stage but if Shalatin suggests he’s looking for distance the colt could end up in the group 1 $2 million Spring Champion Stakes (2000m).

“I have the feeling he’s going to be a horse for over a little bit of ground, maybe a mile, possibly even further, so I thought 1200 was a nice starting point,” Pride said.