A lightly raced mare who has never finished anywhere but third and whose bloodlines stretch back to a record-breaking time nearly 30 years ago is set to resume with a bang at today's feature Newcastle meeting on the Beaumont track.

Four-year-old Menagerie from the Joe Pride stable at Warwick Farm has her first run for more than seven months in a maiden over 1250m off two impressive trials, winning the latest under a good hold on the synthetic after sitting three wide the journey. 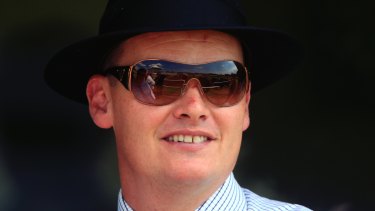 Menagerie is by former dual group 1-winning sprinter Zoustar  out of Kiwi dam Nishanni, who was by former top-notch sprinter Gold Brose, who set the tracks alight in the early 1990s winning his first three starts and looked to have the 1993 Golden Slipper at his mercy before injury forced him into the paddock.

Gold Brose only had eight starts but won five, including a record run at Flemington and a five-length romp in the old group 2 Linlithgow in 1993, which is still considered one of the most dominant wins in Australian sprint history. He was destined for a blossoming stud career until his sudden death from illness in 2000.

Since Menagerie's four straight thirds across two brief preps in 2019, trainer Joe Pride resumes her without winkers for the first time hoping she'll fine those extra few lengths synonymous with her family line.

Meanwhile, two unbeaten three-year-old sprinters return in what looms as a first-up showdown in a competitive class 2 to close the meeting.

Smart Snowden-trained filly Mirra Vision looks ready to pick up where she left off last spring winning her only starts on the main Newcastle track and Warwick Farm and looked right up to the mark in a soft track trial a few weeks back.

Drawn a few spots further in is the Warwick Farm gelding Capri Lane, who also made a perfect double-barrelled start to her career at Orange and Goulburn last spring and resumes off a quieter trial.

Tags: break, looking, Pride, string, to
You may also like
Latest Posts