Top weight Gold Trip was one of the shorteners at Monday’s Call of the Card for Tuesday’s Melbourne Cup, after Bet Nation put in a bid to win $1 million on the Caulfield Cup runner-up.

That full bet wasn’t taken, but was spread around the four bookies at the Crown Casino event at 20-1, before his odds were cut to $19. 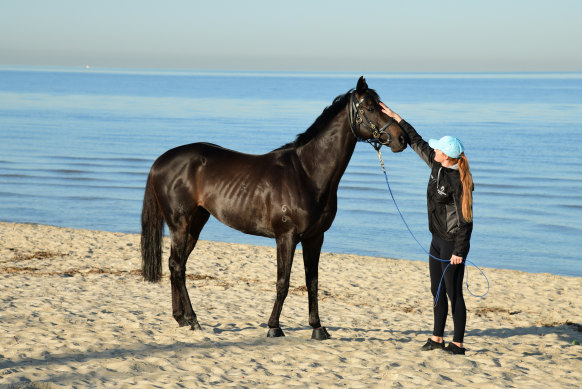 “I don’t want it to rain too much, but I think it’s over the odds at $31,” said Adam Sparrow, a partner in Wolfden.

Odds of $3.70 were put up for Melbourne Cup favourite Deauville Legend, but bookie Mark Sampieri believes he could get out to $4 or better on race day.

“I think it’s one of the more even fields we’ve seen for a long time,” Sampieri said.

Sampieri said he liked Montefilia, who was rock solid at $12.

Tom Waterhouse had a front-row seat but elected not to bet, and said he was likely to just watch the Cup go around without his money.

“Normally, I bet up in the Cup,” Waterhouse said. “I think it’s pretty wide open. I can’t be on the favourite at the price and I couldn’t find anything at big odds I really wanted to be on.

“I think Mum, Gai, has got as good a chance as anybody to winning it, but for me, it’s not a bet race. For me, it’s a watch. I think nearly every year I bet right up, but I couldn’t see the value. They bet good percentage, if you liked something you could have a decent bet.”

Wolfden – a syndicate made up of Sparrow, Dan O’Sullivan, Kingsley Bartholomew, Richie Irvine and Scott Fitzsimmons – and Bet Nation were the two biggest players on Monday.

Wolfden’s biggest result will be Numerian, after they placed a $20,000 bet with Warren Woodcock at odds of $91 to win $1.8 million. 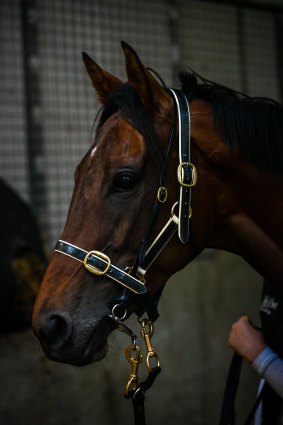 Montefilia is one of the best “local hopes” in the Melbourne Cup. Credit:Justin McManus

“We’ll see tomorrow if I’m paying them, or they’re paying me,” Woodcock said.

Sparrow said Without A Fight and Realm Of Flowers were two of his top tips, but he was simply looking for value on Monday.

“There were a couple I didn’t get the odds, but I’ll trade on Betfair and do all sorts of things tomorrow,” he said.

“I think I just took over the odds today. They bet 106 per cent today, so it was a competitive market.”

Bookmaker Natalie Hinkley was one of the stars of the call, offering inflated odds on a number of Cup runners on behalf of Swiftbet, to the applause of the audience. Grand Promenade shortened from $101 into $91, High Emocean was $61 into $51 and Interpretation was $51 into $46 before news of his vet inspection.

Sampieri said there was a good spread of bets across the field.

“It was probably one of the more successful and exciting Call Of The Cards we’ve had in a number of years,” he said. “The punters wanted to have a bet, the bookies all took them on to our various levels. They backed a lot of horses, which is good for us.”