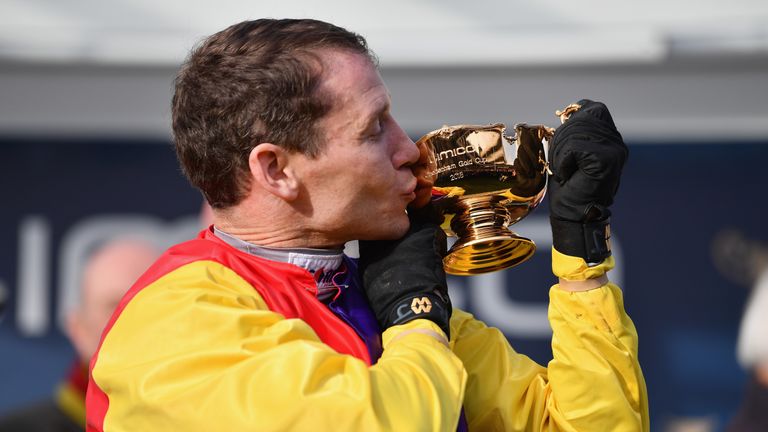 Richard Johnson expects to be back riding out in the coming week as he described his return to the saddle as “fairly imminent”.

The champion jockey has been on the sidelines since breaking his arm when unseated in a novice chase at Exeter on January 21.

Johnson subsequently underwent surgery on the injury and has been riding his retired racehorse, Menorah, at home ahead of returning to gallops duties.

The four-time champion expects to be fully fit for the Cheltenham Festival, although he suffered a blow earlier this week when his Magners Gold Cup hope Native River was ruled out.

Speaking in his role as an ambassador for Chepstow on the track’s Twitter account, Johnson said: “It’s been great to be back on a horse this week – I rode Menorah at home quite a few times.

“I’ll be back riding out at the yards this week coming, so I’m hoping my return is fairly imminent.

“There’s lots to look forward to – obviously the Cheltenham Festival mainly. It’s massively disappointing Native River picked up an injury and misses the rest of the season, but fingers crossed he will back for next year.

“There’s lots more to look forward to and hopefully back next week.”