It would have been a decent start to any era. With his third legal delivery of this decisive third Test, Ollie Robinson snaked one back through the defences of South Africa’s captain Dean Elgar and sent his off stump flying.

By 2.30, he had five wickets, and no one was telling him to go easy on the celebrations. There were plenty in an Oval crowd of almost 25,000 who had come in search of a pick-me-up, and Robinson was providing it.

For those who like their stats with a royal flavour, he was the first England bowler to take a Test five-for during the reign of a King since Lancashire spinner Malcolm Hilton against India at Kanpur in January 1952, a few weeks before the death of George VI. 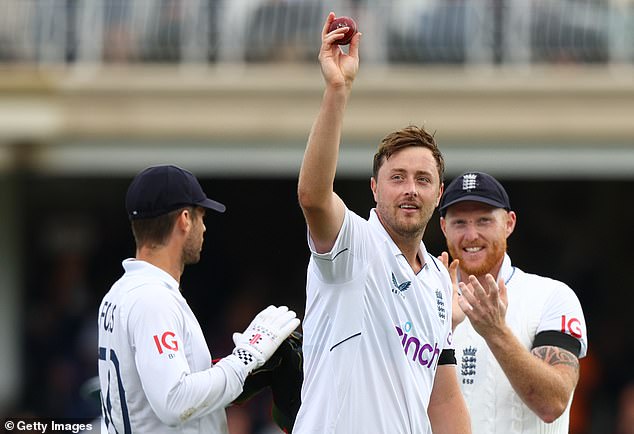 Robinson had taken 44 Test wickets under Elizabeth II, and is now leading the way under Charles III. With Ben Stokes answering questions before the game about the futures of James Anderson and Stuart Broad, it all felt faintly symbolic.

Since returning to the side for the second Test at Old Trafford, Robinson has looked a bowler reborn – combining the accuracy and bounce of his first crack at the highest level with a slimmer waistline and a more telling impact on the speedgun. In seam-bowling terms, he is approaching the full package.

Having finished off the South Africans on the third evening in Manchester with four cheap wickets, he continued the good work on what had become the third morning in south London, but was in practical terms the first. Handed, once more, the new ball ahead of Broad, he was mainly unplayable.

After disposing of Elgar, Robinson dismantled another off stump, as Keegan Petersen shouldered arms to one that jagged back. And when a beauty to Kyle Verreynne straightened off the seam and kissed the outside edge, his Test average dipped below 20 – hallowed territory for any bowler. 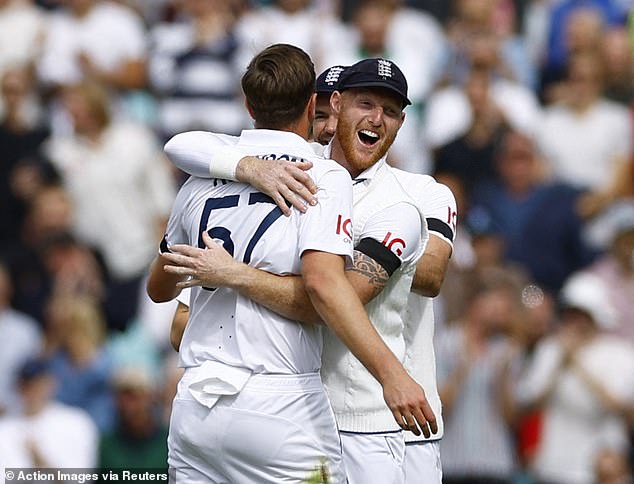 Soon after, Wiaan Mulder was caught behind too, and Robinson had four for 14 in six overs. Conditions were in his favour: the sky was grey, the pitch a light green. But he looked as capable of exploiting them as Anderson or Broad.

The Robinson who was publicly berated by bowling coach Jon Lewis at Hobart in January might not have managed as many as the eight overs that made up his first spell. He certainly wouldn’t have stayed on the right side of 80mph. But Robinson Mk II has learned his lesson, in the process relegating Broad to first change.

That, too, has worked well for England. Perhaps piqued by his demotion, Broad has taken eight wickets at 12 since losing the new ball. If Robinson has long been nominated as his heir, there appears to be little chance of an abdication.

His work was not done. After Marco Jansen had stalled the procession of wickets with a defiant 30, he forced a prod to first slip to earn his third Test five-for. Final figures of five for 49 were a career-best. Earlier, spectators had remained silent in honour of the Queen; now, they roared for Robinson. 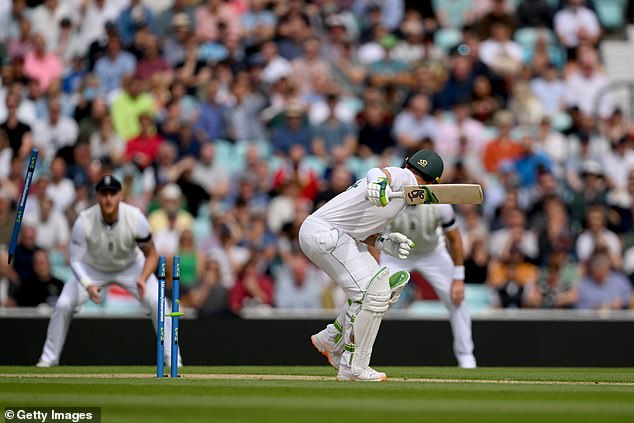 There have been times when the likeliest victim of his destructiveness has been himself – from the grim tweets unearthed during his Test debut last summer, to the litany of injuries and infirmities that slowed down his recovery. The fastest thing about him was his choice of food.

Because of all that, there will be an air of redemption about his every success – as well as a sigh of relief about the state of England’s seam-bowling stocks.

In the meantime, Robinson is building up a serious body of work. These are early days, but no England bowler has taken more than his 49 Test wickets at a lower average since Frank Tyson terrorised the Australians in the 1950s. Before that, you need to go back to SF Barnes, arguably the greatest bowler of all time.

Meanwhile, only George Lohmann, who operated entirely in the 19th century, and Barnes have a lower strike-rate than Robinson’s 43.

None of this guarantees a glittering future. But, for the time being, it is a useful riposte to those who feared he did not have the heart – let alone the body – of an international cricketer.