Doyle and Amtiyaz just held off the late lunge of Jamie Spencer on Dubious Affair to win the Copper Horse Stakes.

She broke her Royal Ascot duck last year on Scarlet Dragon – but that was in front of empty stands so this success will have meant just as much, coming as it did in front of a restricted crowd of 12,000.

What will have added to Doyle’s delight was that this came in the colours of Imad Al Sagar, her boss.

Doyle said: “It’s amazing. Last year was incredible but to have the crowd, and some of my family today, makes it even more special.

“I always ride for Mr Gosden with confidence and I knew his level of ability. He’d reached a bit of a ceiling on the all-weather, but he found more back on turf. 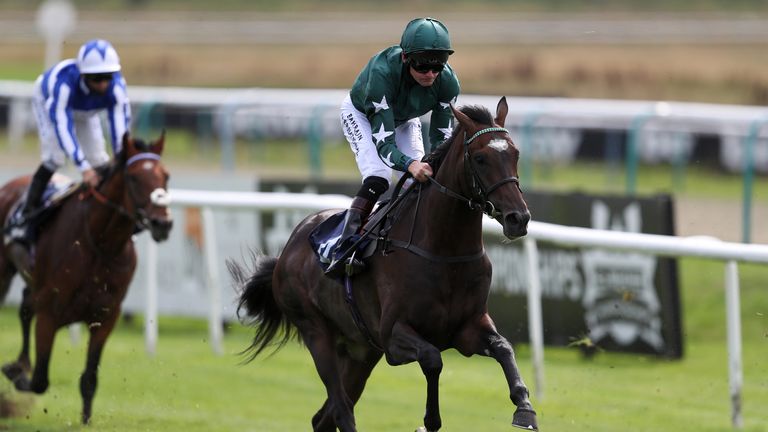 Trained by John and Thady Gosden, Amtiyaz was having just his second start on turf, but having sat second throughout off a slow pace, Doyle was able to kick at the right time and it proved crucial as Dubious Affair was closing with every stride, before eventually going down by a head.

The 33-1 winner was also providing a second success on the day for the Gosdens, who landed the opening Queen Anne with the odds-on Palace Pier.

Poetic Flare took the St James’s Palace Stakes, following in the footsteps of his father Dawn Approach by winning the Group One for trainer Jim Bolger.

Battaash lost King’s Stand Stakes crown in the third Group One on the opening day of the Royal meeting, with Oxted winning for Roger Teal.

Tags: Ascot, Doyle, gets, Hollie, Royal
You may also like
Latest Posts