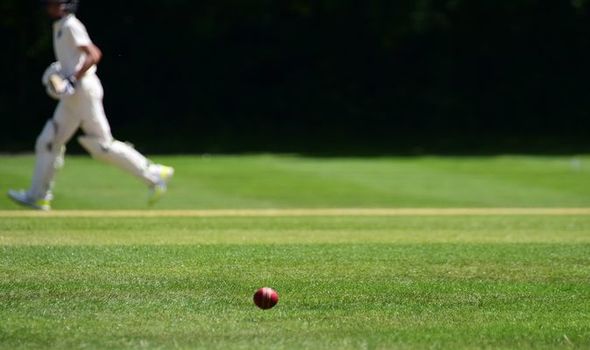 The shocking rant came amid discussions about how to discredit the ex-player’s claims that institutional racism at the club had made him feel like taking his own life. A source told the Daily Express that the board had recruited a “crisis management” PR expert who advised them to “accept the allegations in full and apologise unreservedly”.

Instead, the club attempted to keep secret their damning report which concluded that although Rafiq had been subjected to racism and bullying – including being called a P*** by team-mate Gary Ballance – it was in their view simply a case of “friendly banter”.

Just seven of 43 allegations were upheld and no disciplinary action taken against any member of staff.

Yesterday club chairman Roger Hutton resigned after the county lost the right to host international matches and major sponsors had pulled the plug. The furore is estimated to have cost the club £15million in lost revenue already.

He left with a stinging attack on his fellow board members, describing a culture that “refused to accept change or challenge”.

Three non-executive board members joined him in stepping down, but all of the remaining executives stood firm.

A source said chief executive, Mark Arthur, and director of cricket, Martyn Moxon, were among those who had been “steadfast” in their desire not to quit. The remaining board believe appointing Lord Kamlesh Patel of Bradford as the new chair of the club will help appease critics.

But sources insist “careers will be ended” when Rafiq and Hutton give evidence before a Commons Select Enquiry on November 16.

Parliamentary Privilege – which protects from libel – will enable grievances to be aired in full.

The club’s investigations began in 2020 after Rafiq claimed “institutional racism”. He complained that he had been repeatedly asked “is that your uncle?” when bearded Asian men were in view and was asked in reference to corner shops: “Does your dad own those?”

The spinner insists people saw him cry “every time” he was called an offensive term by Zimbabwean-born ex-England star Ballance.

Confirming his resignation Hutton said there was a “constant unwillingness from the executive board members and senior management to apologise and to accept racism”.

He added: “I would like to take this opportunity to apologise unreservedly to Azeem.”

He also criticised the England and Wales Cricket Board who he says rebuffed his request for help to conduct a “robust inquiry”. Stadium sponsors Emerald, Tetley’s, Yorkshire Tea, Arla Foods and kit sponsors Nike have cut links with the club.

A second, as yet unnamed former Yorkshire player of Asian heritage, yesterday claimed he was the victim of racist abuse during his time at the club in the early 2000s.