Twenty sixes and blinding fireworks both on and off the pitch sailed the ECB’s new Hundred competition into the sunset.

If the bigwigs behind this conception could have scripted a conclusive match at the start, Saturday night would not have been too far off.

As Liam Livingstone joined Moeen Ali at the crease to smote the ball to all corners in front of a packed but crucially varied crowd, including the much-cherished ‘families’ category, one could sense the check boxes quickly being ticked. 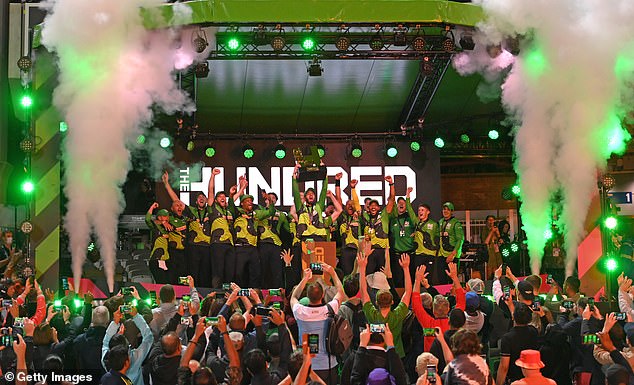 The tournament has faced its fair share of blemishes — from back-tracking on calling wickets ‘outs’ to tackling well-inebriated crowds often attracted to these games — but to end with two England internationals entertaining its largest crowd of 24,556 was quite apt.

The margin of victory for Quinton de Kock’s Southern Brave was 32 runs to condemn Ali’s Birmingham Phoenix to defeat and lift the inaugural men’s Hundred trophy.

At one point, Ali and Livingstone struck seven sixes between them and looked set to take the game to the latter stages; it was striking of the highest order.

The fact that the pair’s exploits were eclipsed by Paul Sterling’s 61 off 36 balls speaks volumes of the Irishman’s knock which left the Lord’s crowd diving for cover, and in the end was the difference. 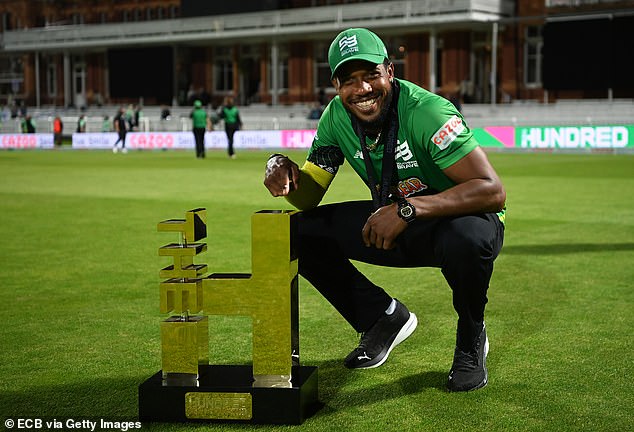 A sizeable crowd descended upon Lord’s last night for the men’s match — it was expected with the talent on show.

How fitting that sunshine enveloped the final match after intermittent rain and dark clouds earlier looked to have put the game at risk of being reduced.

The Home of Cricket omens were making room for this new shiny competition to showcase itself it seemed.

Brave were sent into bat and De Kock was immediately undone by a quick Adam Milne short ball that rapped off the top edge to Dillon Pennington.

Stirling opened in his typically belligerent fashion, using his figure to consistently muscle the ball for six. 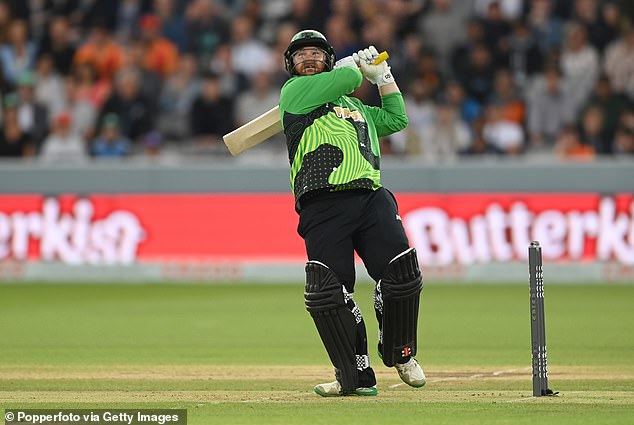 It was a masterclass in power hitting as he showed little regard for the bowling attack in his rapid 61.

That included six strikes for six, largely in the deep mid-wicket region; it is why he will be seething to have been dismissed by a wide Benny Howell ball that hit his under-edge to wicketkeeper Chris Benjamin.

Leg-spinner Imran Tahir followed up bowling James Vince for four with a sprint to the crowd and violent punching of the air to typify the exuberant 42-year-old.

Once Livingstone dismissed Tim David, Ross Whiteley took a page out of Stirling’s book and aimed at the crowd. What a knock this was.

His boundary-laden 44 — shots in all directions of the ground — propelled Brave to a strong 168.

The Phoenix run chase started off woefully as David pulled off an excellent diving catch to dismiss David Bedingham on the innings’ second ball. 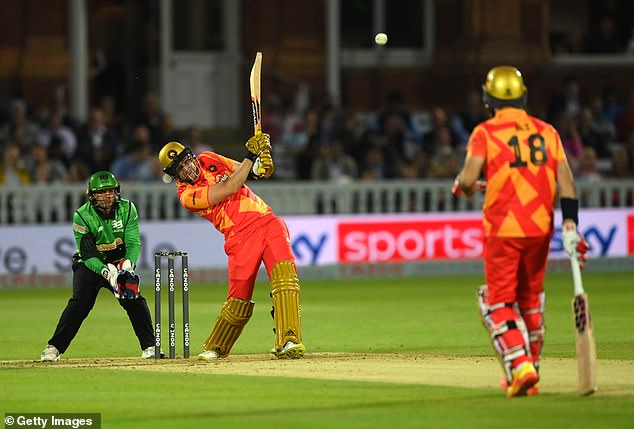 Will Smeed fell to Craig Overton, and with two early wickets down the task was already slipping away.

But if there was to be anyone in white-ball cricket you would want paired at the crease, Ali and Livingstone would definitely be high on that list.

Both had started to go through the gears — Livingstone hitting two big consecutive sixes off George Garton — as a palpable sense of fear spread through the Brave side.

When Overton slipped on the boundary when trying to catch Ali off Jake Lintott, this felt like the reprieve that could turn the game.

But a few strikes later, David pulled off another brilliant piece of fielding to dismiss Livingstone on 46 off just 19 balls.

A flat throw from deep cover struck the stumps directly as Livingstone dawdled to his crease. It was the type of magic needed to dismiss this belligerent ball-striker and firmly deflate Phoenix’s shot at victory.

There remains questions surrounding this competition but it is safe to say it went out on a bang in its first birth year.

Tags: Brave, inaugu, lift, Southern, THE
You may also like
Latest Posts