‘That’s embarrassing, I’m sorry’: Steve Harmison criticises England for showing ‘no fight’ after Australia retained the Ashes… with 2005 winner calling for change in under pressure batting unit after ‘abysmal’ display

England 2005 Ashes hero Steve Harmison has slammed England’s ’embarrassing’ innings defeat by Australia, which ensured the hosts retained the Ashes inside 12 days of the tour.

The visitors were skittled for just 68 – their lowest total Down Under since March 1904 – in their second innings in Melbourne after losing six wickets for just 22 runs before lunch on day three.

Joe Root’s men – who also lost four England wickets in the final hour of day two – now have nothing but pride to play for in Sydney and Hobart after Pat Cummins’ men took an unassailable 3-0 series lead with their innings and 14-run win at the MCG. 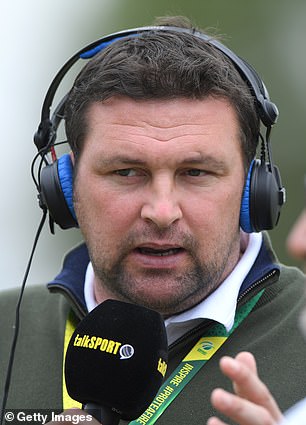 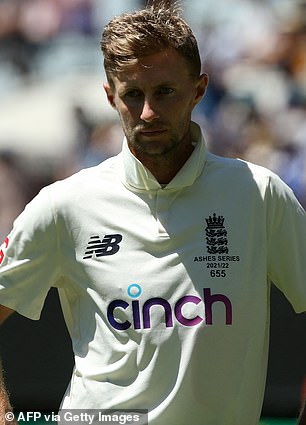 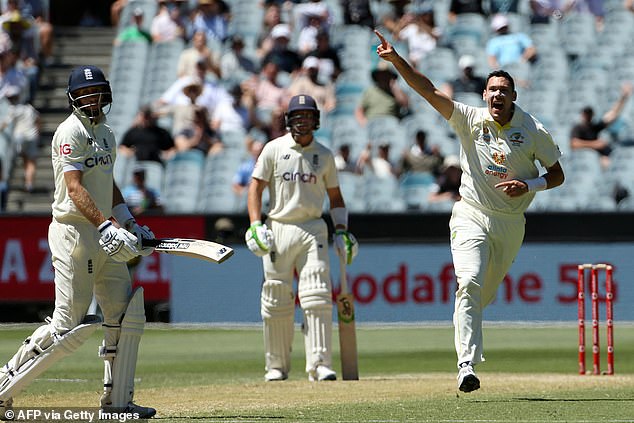 And Harmison believes there will be a ‘big inquest’ in the visiting dressing room and claims some of the current playing staff’s careers ‘could be on the line’ as their disastrous Ashes tour took another turn for the worse.

‘Last night, they [Australia] bowled brilliantly, but that’s embarrassing, I’m sorry. No fight, there was nothing there.

‘You can say Australia have bowled well, which they have done. But to lose by an innings when a team only scores 267 runs, that tells you everything. 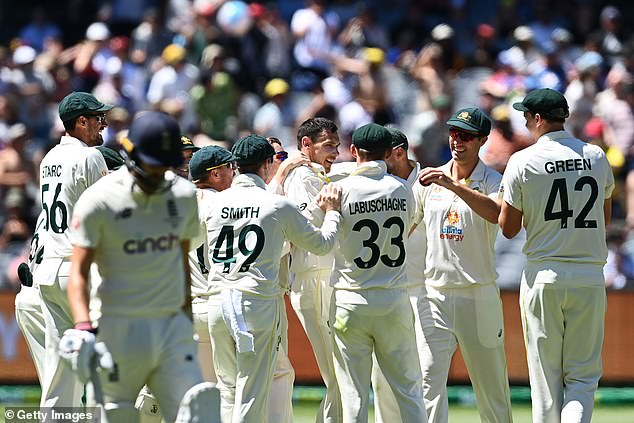 ‘They have had the rub of the green, England have dropped catches, two umpiring decisions… but Australia have earned the right to get those decisions going in their favour.

‘There is going to be a big inquest. There’s gonna be a lot of things blamed, people’s careers on the line, but first you marvel at Australia.

‘They have put enough runs on the board, and they took catches. That is why they have won the Ashes before the series is even halfway through.’

BT Sport later showed a graphic which listed England’s 10 lowest team totals against Australia in Tests, two of which had taken place this century.

Both of those scores have arrived in the last three years, with this latest 68 coming more than two years after they were bowled out for 67 at Headingley in August 2019.

And the former fast bowler called for changes in the underperforming batting unit, claiming captain Root still shoulders too much of the runscoring burden.

‘This batting lineup in the last three to four years has not been good enough to win enough cricket matches for this England cricket team,’ Harmison added.

‘The only time we have won is when our captain has scored a hundred or a double hundred to give us the best chance to stay in the game. 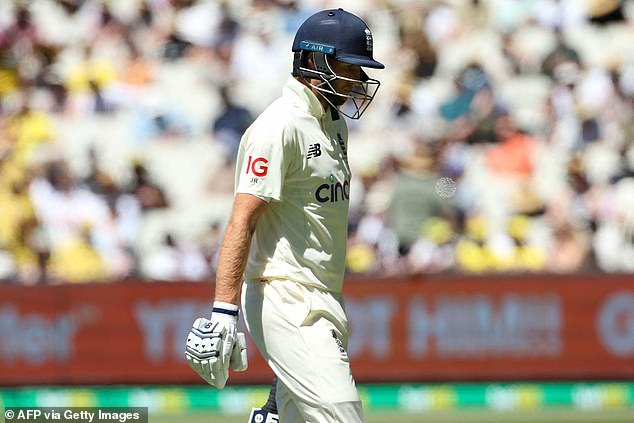 Harmison called for batting changes, believing too much relies on captain Joe Root (above)

‘Our bowling unit over the last few years have been able to win games of international cricket. Our batting unit has been abysmal.

‘If Joe Root doesn’t score runs, England lose heavily. What has just happened? The catching has been poor, but the batting has been worse.’