At least someone can hold onto their catches! Supporter sees Daryl Mitchell blast the ball into his PINT at Trent Bridge as England toil on a difficult afternoon in Nottingham

A cricket supporter enjoying a drink in front of the Test match at Trent Bridge was dealt a nasty surprise when a ball blasted by Daryl Mitchell ended up in his pint.

The New Zealand batsman was taking the game to England spinner Jack Leach on a difficult afternoon for the hosts and one of his numerous boundary-finding shots amazingly ended up in the drink of a supporter watching on.

England’s bold approach under Ben Stokes and Brendon McCullum has been praised, but New Zealand found joy in the attacking fields, with the Black Caps recording 20 boundaries prior to lunch alone.

England’s bowlers’ efforts were not rewarded on a difficult day in the field for McCullum’s side, with them dropping four presentable chances across the day. 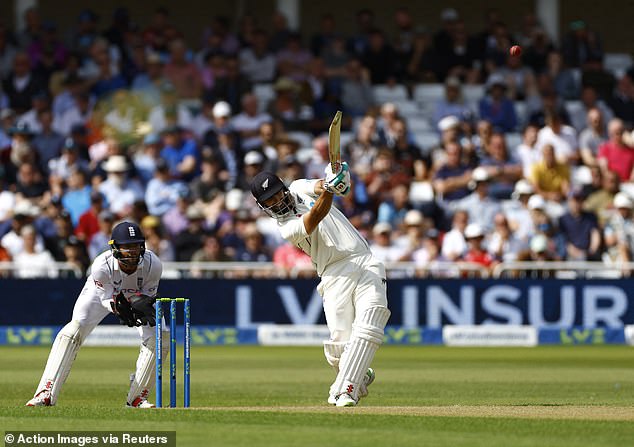 Mitchell, a centurion in last week’s Lord’s Test, followed the lead of those above him in the order and took the initiative to England.

With Stokes turning to Leach for a bit of inspiration, Mitchell found joy in the off-spinner and launched the Somerset player back over his head for six.

On a day packed full of boundaries, it seemed rather innocuous before the tv cameras picked up that the ball had in fact landed in the pint cup of a supporter.

The man in the stands appeared to be unaware that the ball was haring towards his area of the ground, appearing nonplussed when he realised what had just occurred. 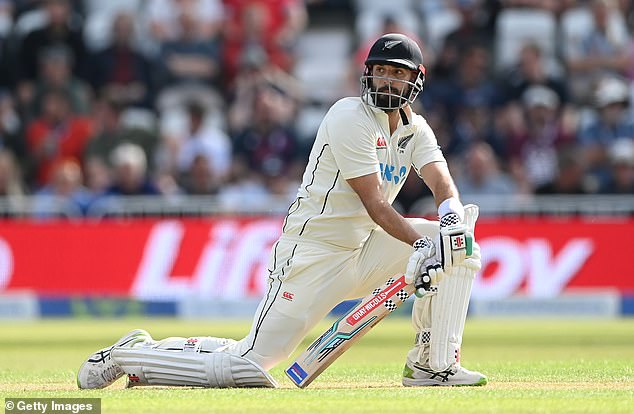 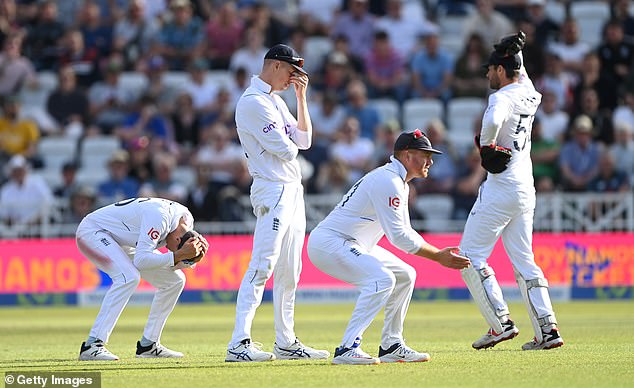 The contents of his cup splashed all over him and those around him to much hilarity of those watching on from out of the splash zone.

England’s players were forced to find the funny side in the incident, despite the fact that they had worked hard to get the ball swinging all afternoon and it had finally began to talk for them shortly before the incident.

Following its landing in the pint cup, however, all of England’s hard work on trying to get it to swing appeared to become undone with the leather not reacting well to getting wet. 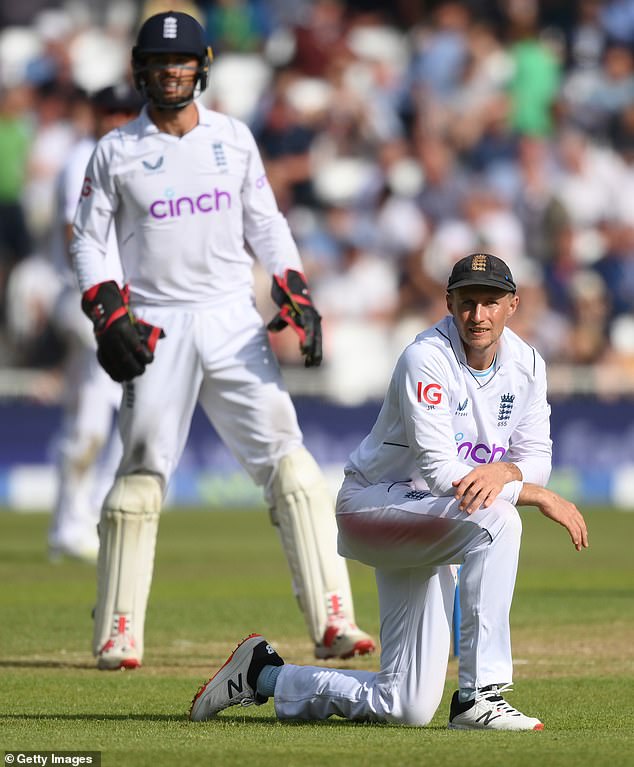 Joe Root dropped two chances himself, one regulation and one more difficult opportunity 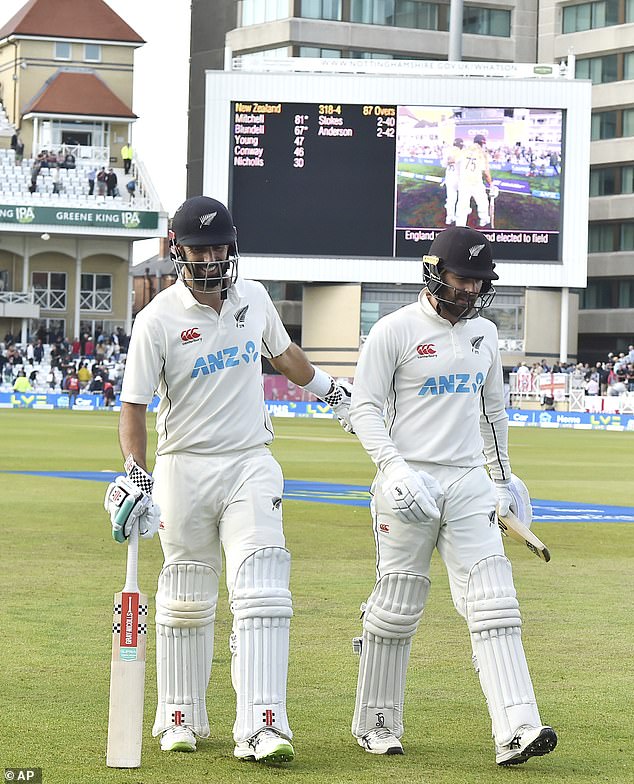 Thereafter, Mitchell and Tom Blundell, the combination that threatened to take the game away from England in the first Test of the series last week, piled on the runs and enjoyed another century stand.

When Mitchell launched Leach back over his head and into the pint in question, he was on 28 with his partner in the middle on 14. England toiled but could remove neither, with Mitchell ending the day 81 not out and Blundell 67 not out.

England will hope their fortunes turn on Saturday, while the fan will be hoping for a drier day at the cricket in future. 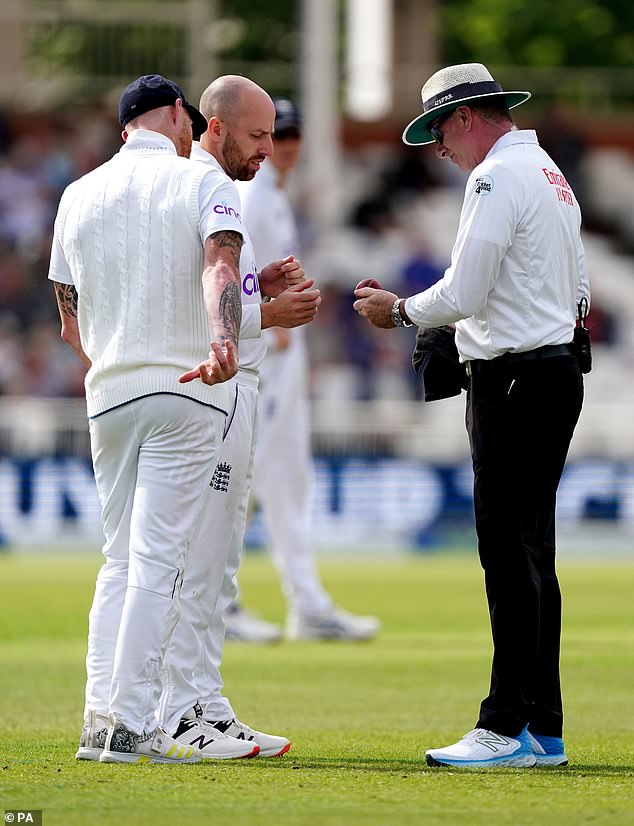 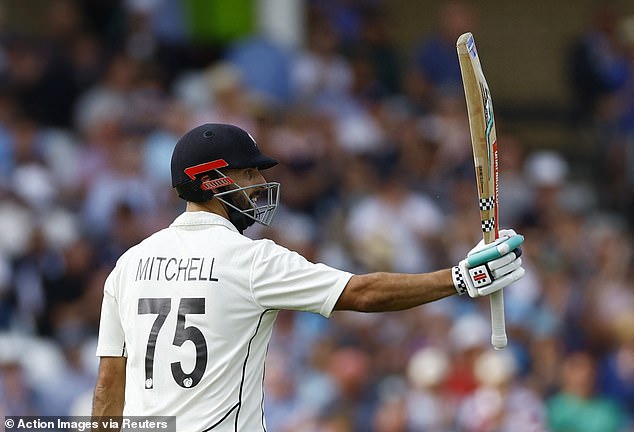