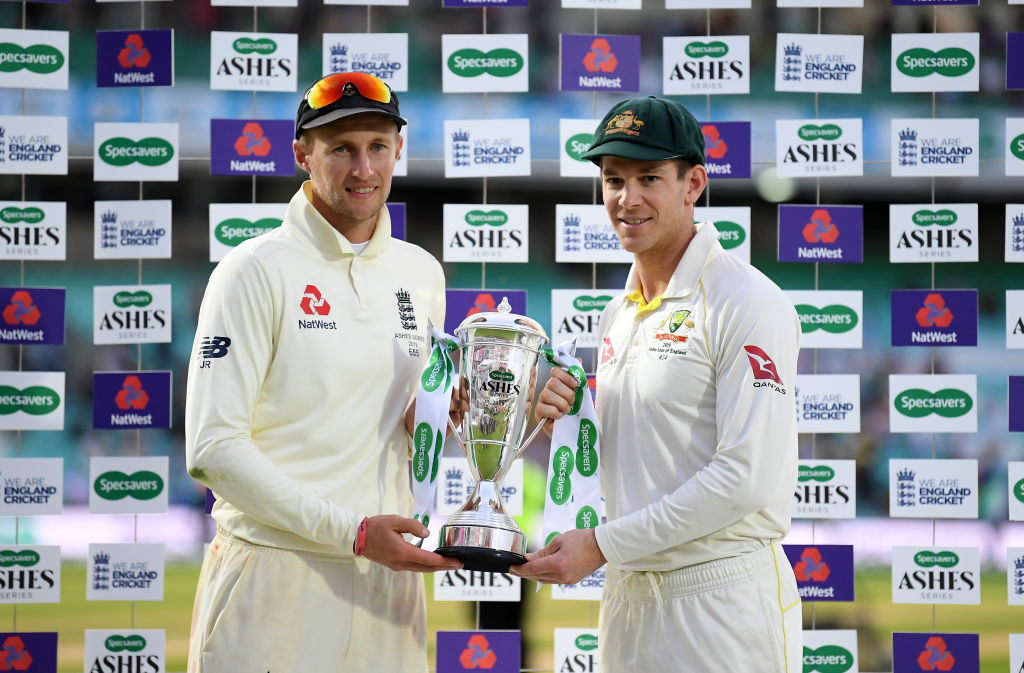 The Ashes will go ahead this winter with or without Joe Root and other key England players, according to Australia captain Tim Paine.

A number of England players are concerned about touring Australia due to ‘bubble fatigue’ and the strict Covid-19 quarantine rules.

Cricket Australia has outlined proposals to the England and Wales Cricket Board, which has responded seeking clarification in a number of areas.

If the players’ requests are not met, a number of withdrawals are likely. If the series goes ahead, England will attempt to reclaim the Ashes, with the last series in 2019 finishing 2-2.

‘The Ashes are going ahead. The first Test is on 8 December – whether Joe [Root] is here or not,’ Paine said on SEN Hobart radio station.

‘It’ll be worked out above us and then they’ll have a choice whether to get on that plane or not.

‘No-one is forcing any England player to come. That’s the beauty of the world we live in – you have a choice. If you don’t want to come, don’t come.’

‘It is so hard to make a decision until we know what it looks like,’ said Root.

‘Once that information comes through and we have a bit more clarity, hopefully we are in a position to go and do something special this winter.’

Root, who has scored 1,455 Test runs in the past year, added: ‘I am desperate to be part of an Ashes series, I always am.

‘It is the one series as an England player that you want to be involved in, and that will never change.

‘For the group we’ve got to find out what the position is and make a decision off the back of that.’

Despite the ongoing concerns over the Ashes, cricket legend Shane Warne is ‘pretty confident’ the series will go ahead ‘as normal’ and has backed the Australian government to satisfy the travelling England squad.

‘I’m pretty confident an Ashes series will go ahead,’ the former Australia leg-spinner told the Daily Mirror. ‘I think the governments, the boards, the players and everyone wants it to go ahead.’

Tags: australia cricket, coronavirus
You may also like
Latest Posts