The Queen’s racing manager, John Warren, says she could have a bumper 11 runners at Royal Ascot next week after her trainers planned a potent Platinum Jubilee year challenge at the meeting.

The royal runners will be spearheaded by one-time leading Derby hope Reach For The Moon, who aims to get his career back on course in the Hampton Court Stakes at Royal Ascot on Thursday.

Warren said: ‘If we can have a shout, great, but there is nothing like a win. The trainers have been brilliant. I have been getting them to focus from the beginning of the season to training towards Royal Ascot.’ 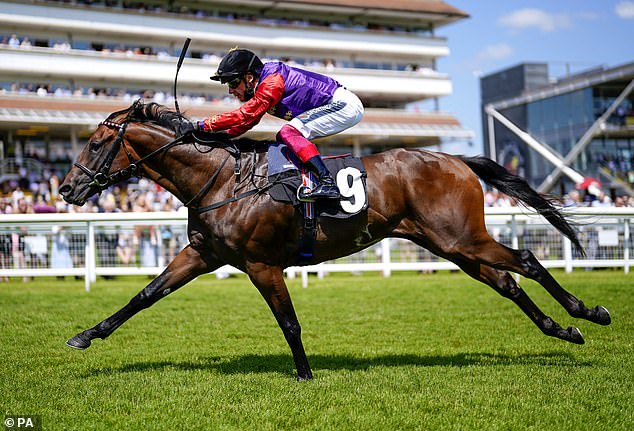 An injury-disrupted preparation stopped Reach For The Moon running at Epsom. He made a seasonal debut with second in the one-mile Heron Stakes at Sandown last month.

Warren said a good Royal Ascot showing in the 1m 2f Hampton Court Stakes could lead to the Frankie Dettori-ridden colt being stepped up to the Group One Eclipse Stakes at Sandown.

Warren said: ‘Reach For The Moon has tuned himself to be hopefully spot on and show he has come of age. We are very excited by his prospects.’

The Queen has had 24 winners at Royal Ascot, the first with Choir Boy in the 1953 Royal Hunt Cup and the last with Tactical, who landed the 2020 Windsor Castle Stakes. 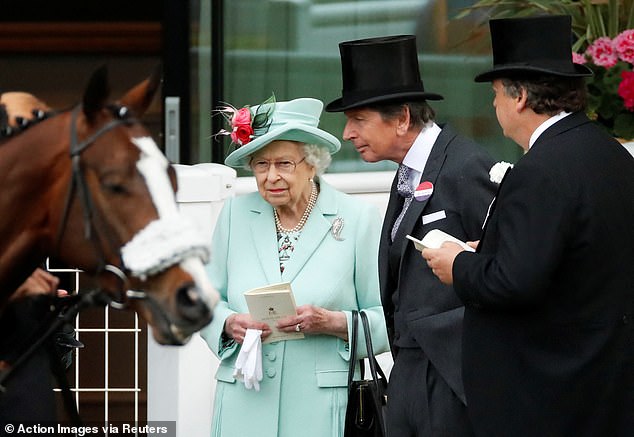 The Queen, pictured at Royal Ascot last year, may have 11 runners at the showpiece event