The return of Enable to the Newmarket gallops on Thursday has prompted speculation that the brilliant mare could have one more unexpected race after her disappointing defeat in the Prix de L’Arc de Triomphe last Sunday.

Trainer John Gosden and Lord Grimthorpe, racing manager to owner Khaled Abdullah, have said no decision will be made on Enable’s future until after the weekend.

But the chance to try to go out on a high with a run in the Group One Filly & Mare Stakes on Qipco British Champions day at Ascot a week on Saturday might be tempting. 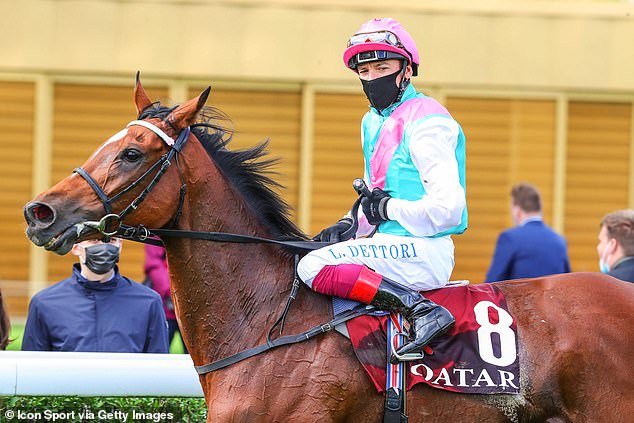 Enable is also entered in next Saturday’s Champion Stakes but Gosden’s French Derby winner Mishriff has had the race as a long-term target and is 11-4 favourite.

Ladbrokes spokesman Jon Lees said: ‘Running Enable on Champions Day would not merely be a sporting gesture by her connections. They would be going to Ascot with every expectation she could bring the curtain down on her illustrious career with a victory. That’s why we have made her 7-4 favourite for the Fillies & Mares.’

The popular gelding who won over £1.4m in a 33-race career, has been retired at the age of eight.

The Henry Candy-trained son of Tagula won the Group One Prix de la Foret and Group One July Cup in 2016 and was runner-up four other group one races including being second to Mecca’s Angel in the 2016 Nunthorpe Stakes and runner-up to Harry Angel in the 2017 July Cup. 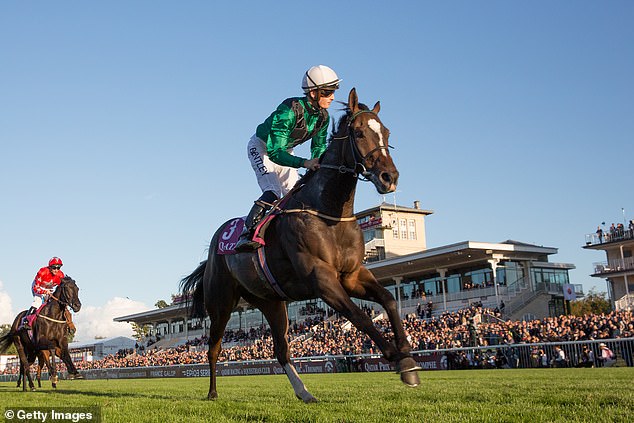 Limato won the Criterion Stakes at Newmarket in June and was fifth to Wichita in Doncaster’s Park Stakes last month on what has turned out to be the final run of a career which started with a win in a Kempton maiden in June 2014.

Candy said: ‘He’s been a big part of the yard for a long time. I suppose his July Cup victory was probably the outstanding performance, but I thought his run in the Two-Year-Old Trophy at Redcar as a juvenile was absolutely extraordinary.’

Candy had been planning to give Limato his final run in the Challenge Stakes at Newmarket on Friday but he was ruled out of the race with a bruised foot.

Meanwhile, the highest price for a yearling in Europe this year was paid by the Coolmore Stud yesterday at Tattersall sales in Newmarket with a successful bid of £3,570,000 for a daughter of super sire Galileo. The yearling is a sister to Japan and Mogul. She will be trained by Aidan O’Brien. 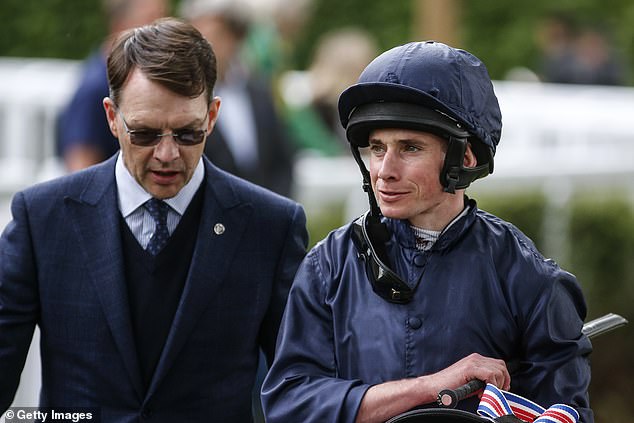 The sale extended the amazing record of the mare Shastye with yearlings.

Mogul, the Group One Grand Prix de Paris winner who missed last Sunday’s Prix de L’Arc de Triomphe after the O’Brien stable were caught up in a contaminated feed issue, will stay in training in 2021.

Tags: Enable, Newmar, of, return, THE, to
You may also like
Latest Posts