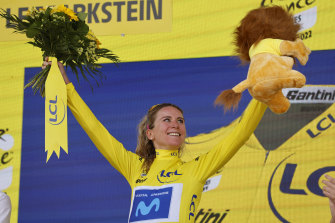 The Tour de France Femmes is the first time in 33 years that the best female racers have been given the chance to compete in a multi-stage version of the world’s greatest cycle race.