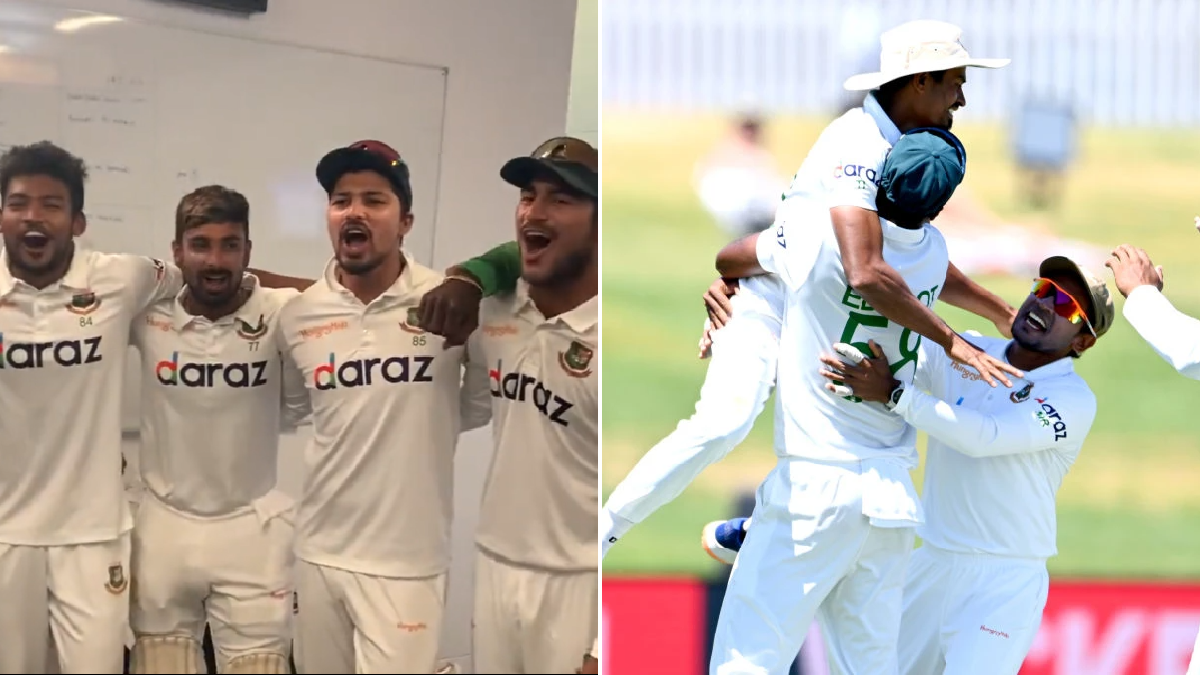 In the first Test of the two-match series, Bangladesh bowled the Black Caps out for 328 and 169, with Ebadat Hossain taking seven wickets in the match.

Bangladesh captain Mominul Haque (88), wicketkeeper Liton Das (86), Mahmudul Hasan Joy (78) and Najmul Hossain Shanto (68) all impressed with the bat as the tourists secured a first-innings lead of 130, before knocking off 40 on the final day to win by eight wickets.

It is Bangladesh’s first victory over a team other than Zimbabwe since 2018 and their first over New Zealand in 15 Tests.

It is just their sixth win in 61 overseas Test matches and New Zealand’s first at home since March 2017. Kane Williamson’s side were crowned World Test champions last June after beating India in Southampton.

Bangladesh seamer Taskin Ahmed said: ‘It’s unbelievable! It was a great achievement for us. We gave 110 per cent. It feels great.’

â First win in ANY format in New Zealand

Mominul added: ‘I can’t describe it, it’s unbelievable. I couldn’t sleep yesterday because of the pressure.

‘It was very important to win this Test match. I said previously that we need to win these Test matches for our legacy.’

New Zealand stand-in captain Tom Latham, meanwhile, said: ‘We were not quite there in all three facets. Bangladesh showed us how to go about things on that wicket. They thoroughly deserved the win.’

The second and final Test of the series starts on Saturday in Christchurch.