The baggy green cap has long been a symbol of national pride in Australia. It has been handed out to 460 Australian cricketers since the first ever Test was played at the MCG against England in 1877. Of those 460, 46 have gone to those who captained the team, one of the highest-profile and most prestigious positions in Australian, even global, sport.

The sudden demise of Tim Paine shocked the cricketing world, and the wider public. Having taken over the reins of the Test side during the disastrous “Sandpapergate” ball tampering saga of 2018, Paine has himself left the role after being embroiled in his own sordid scandal, one involving sexting a colleague at Cricket Tasmania. 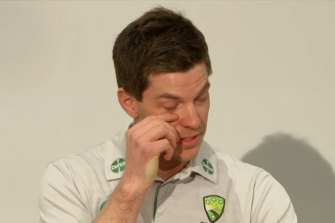 Since the revelations, there has been no shortage of recriminations. Cricket Australia, in particular, has come under fire for its handling of the issue. Having known about the incident since the woman involved made a complaint in 2018, it chose to retain Paine as captain and stay quiet about its investigation into the matter, which cleared him of breaching its code of conduct.

Cricket Australia chair Richard Freudenstein now says that was a mistake and, in a swipe at the sporting body’s past leadership, said that if the current board had been in place three years ago it would not have backed Paine as captain following the investigation.

If Mr Freudenstein was expecting backing for his strong stand from the cricket fraternity, he was soon disabused of that notion. Cricket Tasmania came out all guns blazing, with its chairman, Andrew Gaggin, declaring in a blistering statement that “the treatment afforded to the Australian Test captain by Cricket Australia has been appalling and the worst since Bill Lawry over 50 years ago”. (Lawry was unceremoniously sacked as captain during the 1970-71 Ashes series, and heard the news on the radio, after a period of tension with the board.)

Former Cricket Australia chair David Peever, who was in place during the Paine investigation, also took aim at Mr Freudenstein, blasting him for not showing the former captain enough loyalty. Paine is getting backing from his teammates as well, with reports suggesting they are upset at the lack of support shown by the administration.

For all the claims and counter-claims, however, much of the heated debate appears to have lost sight of the basic facts of the actual incident. They are worth recalling. From what we know, Paine, aged 32 at the time, married and with a young baby, began a flirtatious relationship in the workplace with a female colleague via text that escalated to the point where he sent numerous lewd messages and a picture of his penis.

Whether it was consensual or not, and that is far from clear as the woman has not given her full side of the story, it revealed an appalling lack of judgment by Paine. As he said himself when he stood down as captain: “My actions in 2017 do not meet the standard of an Australian cricket captain, or the wider community. I’m deeply sorry for the hurt and pain that I have caused to my wife, my family, and to the other party.”

The Age can only fully endorse those sentiments. It may be that such texting among a younger generation is far from unusual, and some Australian cricketers over the years have had a well-earned reputation for off-field bad behaviour, but surely the role of Australian Test captain deserves better.

Expectations of people’s behaviour across the corporate and public sectors have become progressively higher over recent years and this is a good thing, as it offers some protection to (mostly female and junior) staff from predation by their seniors.

The respect for the baggy green cap has been built on the actions and achievements of generations of cricketers. Along with the leadership role within the team, the captaincy bestows a public platform as a role model that very few positions in Australia offer. It should be filled by a person who is worthy of that honour.

Fascinating answers to perplexing questions delivered to your inbox every week. Sign up to get our new Explainer newsletter here.