The first Test of the summer should have started at The Oval yesterday. It didn’t, for obvious reasons, but next month it will happen at The Ageas Bowl and for that enormous respect is due to the West Indies. From the blissful seclusion of the Caribbean which has so far escaped the worst of Covid-19, this scarred isle with its alarming death toll must look a forbidding place. When that toll is broken down on ethnic lines, as it was in the Public Health England report on the outbreak published this week, it must appear doubly dangerous to a black cricket team.

Three members of the West Indies squad have decided they do not fancy it and pulled out but 14, plus a back-up 11 in case of injury or, God-forbid, illness, will fly in next week which is an incredible take-up. Hats off to Jason Holder’s men or perhaps, in the current climate, a collective bent knee in their direction.

It is not as if the tour, as it has to be managed to keep them safe and to be given the official go-ahead, will be a barrel of fun.

They will spend their initial quarantine period in Manchester at the start of a seven-week tour, the range of which will extend to the on-site hotels at the Ageas Bowl and Old Trafford.

By the end of the trip they will have an Alan Partridge-like knowledge of both with social highlights likely to include trouser pressing competitions and Gideons Bible quiz nights.

But their presence will, thankfully, deliver a Test series.

With no Olympics, no Wimbledon and no Open Championship, to have lost Test cricket as well would have represented a final cut to the sporting summer.

For all the fuss over the Premier League’s imminent return, domestic football has always felt, in normal times. like a land-grabbing interloper in the summer months.

This is the cricket season and to have watched the grass grow on unused pitches and parks around the country has left a feeling of loss. Not grieving loss of the kind wrought by the virus but an emptiness nevertheless. 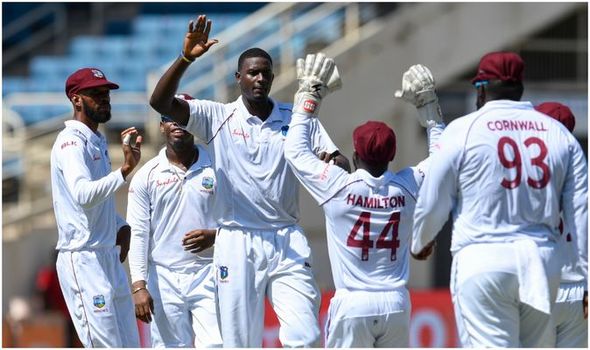 This was supposed to have been the summer when cricket pushed on from its revivalist 2020 with Ben Stokes at the height of his powers, England world champions and The Hundred, for good or bad, about to launch.

As the sun has shone during these strange weeks cricket, like everything else, has remained dormant. At the risk of coming over all John Major, it has felt like the soul of the English summer has been ripped away.

Thanks to the West Indies that is about to end. Ranked eighth in the world, they are a long way short of the terrifying side of the Viv Richards vintage but talent is a sideshow at the moment.

When England rugby captain John Pullin took his side to Ireland at the height of the Troubles in 1973, the year after Wales and Scotland had refused to travel to Dublin for the Five Nations Championship, he famously said after they were beaten: “We might not be any good but at least we turned up.”

His England team had received a spine-chilling standing ovation as they ran out at Lansdowne Road. The West Indies, in contrast, will walk out at Southampton behind closed doors to silence.

They should know their presence will be appreciated. Perhaps more than any touring side in history.

Tiger Woods idolised his father Earl which, philandering military tough nut that he was, proved as good for his mental strength on the golf course as it was bad for his personal life off it.

A new Sky Sports documentary on his comeback – ‘Tiger Woods: Back’ – which bookends his first and last Masters wins, airs tonight and features some newly-unearthed interview footage from the old rogue.

Prompted during Woods’s early days as a pro over what limits there might be on his son’s career, Earl came up with a strangely prophetic analogy.

“You ever ridden a rollercoaster and it goes off the rails and then on and on and on?” he asked. 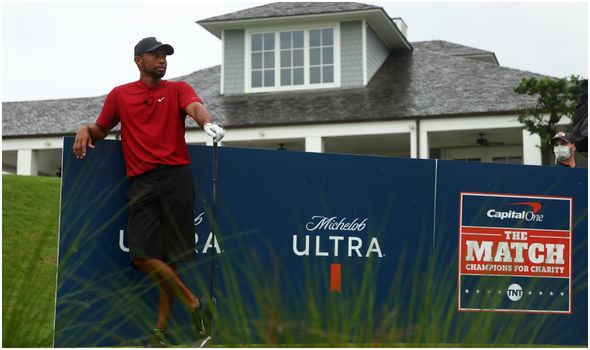 There is plenty that is inspiring but also something unsettling about British Olympic skateboarding medal prospect Sky Brown.

After fracturing her skull and breaking her arm in an horrific fall, she has been talking from her hospital bed about how the accident has only served to redouble her determination for Tokyo next summer.

“I’m excited to come back even stronger and even tougher. My heart wants to go so hard now, I’m just waiting for my body to catch up,” she says.

Sky Brown is 11 years old. Drive and ambition are all very good but childhood should come first.

Norwich vs Brighton live stream: How to watch Premier League fixture online and on TV today

Kai Havertz: Playmaker linked with Chelsea ‘can leave Leverkusen this summer’
Recent Posts
This website uses cookies to improve your user experience and to provide you with advertisements that are relevant to your interests. By continuing to browse the site you are agreeing to our use of cookies.Ok