Nat Sciver says England urgently need to find their batting rhythm after South Africa pipped her side to victory in their ICC Women’s T20 World Cup opener in Perth.

Sciver’s half-century proved to be in vain as England lost to South Africa for the first time in the 20-over tournament, Mignon du Preez the hero on her 100th T20I appearance with her two final-over boundaries helping the Proteas over the line.

With opener Danni Wyatt perishing for two and Amy Jones (23) and Fran Wilson (14) the only others to reach double figures, Sciver says England need to quickly figure out their best batting line-up if they want to have any chance of reaching the knockout stages.

“We were too short with the bat,” she said. “We didn’t get quite enough runs unfortunately and we knew we had to bowl and field really well.

“Obviously Amy [Jones] and Danni [Wyatt] can get us off to a good start but when we lost both of them quite quickly it was difficult to get a partnership.

“I was in most of the time and the batters coming in have a responsibility to hopefully get the partnership moving, try and get on strike and get a boundary.

“It puts the pressure on us, but I think that will hopefully being out the best of us in Canberra. I think the bowling performance was brilliant, we just didn’t have enough runs.” 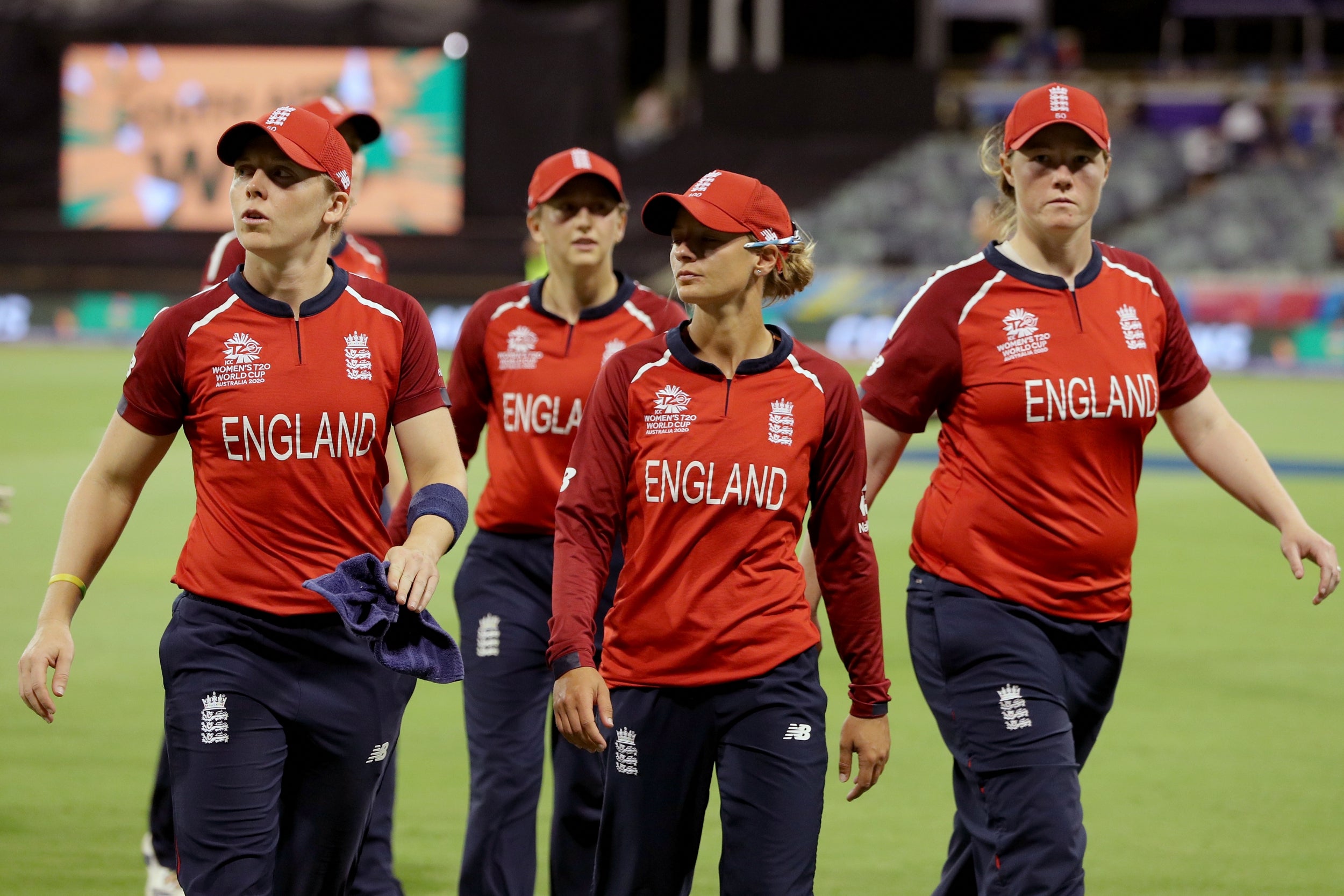 Jones got England off to a blistering start with four boundaries in the first three overs but Kapp ensured her stint was short-lived as the opener was caught at mid-off for 23 by Tryon.

It didn’t take long for the Proteas to strike again as Wyatt was dismissed for two off Khaka’s first ball of the tournament, Lizelle Lee with the diving catch at backward point.

England’s batting woes continued with the introduction of van Niekerk’s spin, the South Africa captain dismissing opposite number Heather Knight who tried to hit her over the top, only to be brilliantly caught by Shabnim Ismail at long-on.

The middle-order pairing of Sciver and Wilson were under pressure to accelerate the innings but only managed to push on to 72 before Wilson was dismissed in similar style to Knight to give Van Niekerk figures of two for 20.

Sciver’s 50 helped England reach three figures but from then on the wickets rapidly fell, Katherine Brunt perishing before the top-scorer was bowled by Khaka.

It was two quick scalps for Khaka within the over as Tryon snaffled a sharp catch to dismiss Lauren Winfield, before Kapp returned with one last strike to trap Tammy Beaumont lbw to halt England at 123 for eight.

England made up for the late wicket crumble by inflicting damage onto their opponents early, Lee perishing for four when lofting Anya Shrubsole straight to Winfield in the circle.

Kapp and Van Niekerk produced an 84-run partnership for the second wicket to keep the Proteas ticking along, but England managed to up the required rate.

First, Kapp was caught and bowled by Women’s T20 World Cup debutant Sarah Glenn for 38 before Beaumont denied van Niekerk a 50 when she caught the skipper off Ecclestone with four overs to play.

A late attack from Tryon made for a nervous ending at the WACA and England may have thought they were safe when she was bowled by Ecclestone’s last delivery.

But two big hits from Du Preez off Brunt sealed a maiden win for the Proteas over England in the tournament, marking the perfect start to their campaign in Group B.