England captain Heather Knight says it would be “a shame for the tournament” if rain ruined the Women’s T20 World Cup semi-finals in Sydney on Thursday.

England are set to play India in the first semi-final at 04:00 GMT, before Australia face South Africa at 08:00.

But heavy rain is forecast for much of the day and there is no reserve day.

If play is washed out, India and South Africa will progress to the final after finishing top of their groups, eliminating England and Australia.

“If both semi-finals are lost, it will be a sad time for the tournament,” Knight said.

“The reserve day would be useful in this situation and it’s a shame for the tournament in general.”

What happens if it rains?

Each side will need to bat for 10 overs to constitute a match – which, given the forecast, could be difficult.

India were unbeaten in their group campaign, while South Africa won three matches before their final game against West Indies was washed out.

Neither side have reached the final before – India have been knocked out in the semi-finals three times, while South Africa reached them just once in 2014.

It would be a huge disappointment if Australia – defending champions and four-time tournament winners – did not make the home final.

A #FillTheMCG campaign has been running for months, with tournament organisers hoping to break the record for the biggest crowd at a women’s sporting event.

More than 60,000 tickets have already been sold, and Australia being in a final on home turf would undoubtedly help sell more seats. 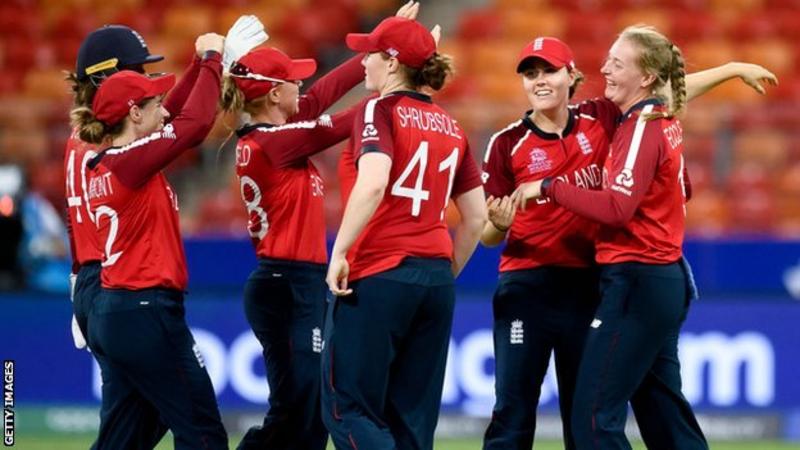 Why is there no reserve day?

The T20 World Cup is a short tournament, taking place over 17 days, and it is thought a reserve day for the knockout stages was not possible in such a short timeframe.

The men’s and women’s 50 over World Cups in England both had reserve days for their semi-finals.

In the men’s tournament, India and New Zealand completed their match on the reserve day because of rain in Manchester.

There is, however, a reserve day for the final, which is scheduled be held on 8 March at the Melbourne Cricket Ground.

Cricket Australia asked the International Cricket Council (ICC) about implementing a late reserve day, but they were told it was not possible.

“The regulations are the same for the men’s T20 World Cup, we did check that this morning. It is strange,” Knight said.

“It will be a shame if it does happen and I’m sure there’ll be a lot of pressure to change it.

“We’d be gutted if it did happen, but it’s our own fault for losing [the opening game] against South Africa. We didn’t top our group and we only have ourselves to blame.”

An ICC spokesperson said that allowing for any other reserve days “would have extended the length of the event, which is not feasible.”

“There is a clear and fair alternative should there be no play in the semi-finals,” a spokesperson added.

What have the captains said?

Australia’s Meg Lanning: “We knew coming in that there was no reserve day, so there’s nothing we can do about that. Perhaps it’s something we can look at for future tournaments.

“We’re going to be ready for whatever is thrown at us. We’re not putting a lot of thought into it, because we don’t have any control over it.”

South Africa’s Dane van Niekerk: “Rain does work in our favour but if I was on the other end, I would probably be really upset.

“Everyone works really hard to get here so to lose out because of weather is not ideal.

“I think going forward – especially for semi-finals and finals – there should be a reserve day.

India’s Harmanpreet Kaur: “You are here to play cricket and we are hoping that if we get a game, we will come first.

“Weather is something you cannot control. Hopefully we get a game and we’ll try to win.”