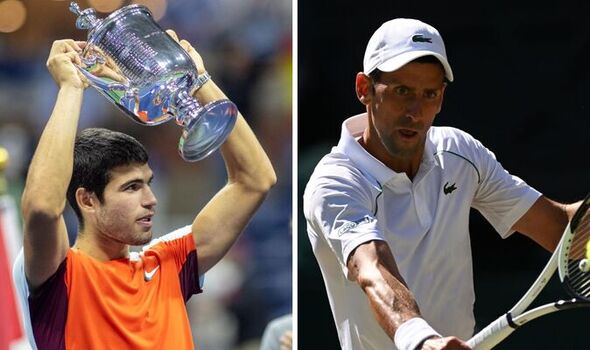 Carlos Alcaraz has confessed that he got “lucky” during his run to the US Open title after Novak Djokovic was left unable to enter the country and compete. The Spaniard won his maiden Grand Slam title and reached world No 1 for the first time but noted that he may have benefitted from the 21-time Major champion’s absence.

Alcaraz made history at the US Open as he became the youngest man ever to reach world No 1 off the back of his title win, also becoming the first teenager to lift a Grand Slam trophy since Rafael Nadal in 2005. The 19-year-old capped off an incredible breakout season that also saw him win two ATP 500 titles and two Masters 1000s.

But the newly-crowned champion has now admitted that he got “lucky” he didn’t have to go through any of the Big Three members to win his first Grand Slam title, with Roger Federer still on the sidelines, Nadal losing in the fourth round and Djokovic banned from competing. The Serb was forced to withdraw over America’s travel restrictions, with unvaccinated foreign nations unable to enter the country.

“Look, I don’t want to take credit away from myself,” Alcaraz told the New York Times. “But it’s true that Rafa, Djokovic, Federer, they were in a period when they were all playing.”

JUST IN: Andy Murray explains Davis Cup role as Scot may not play for Britain 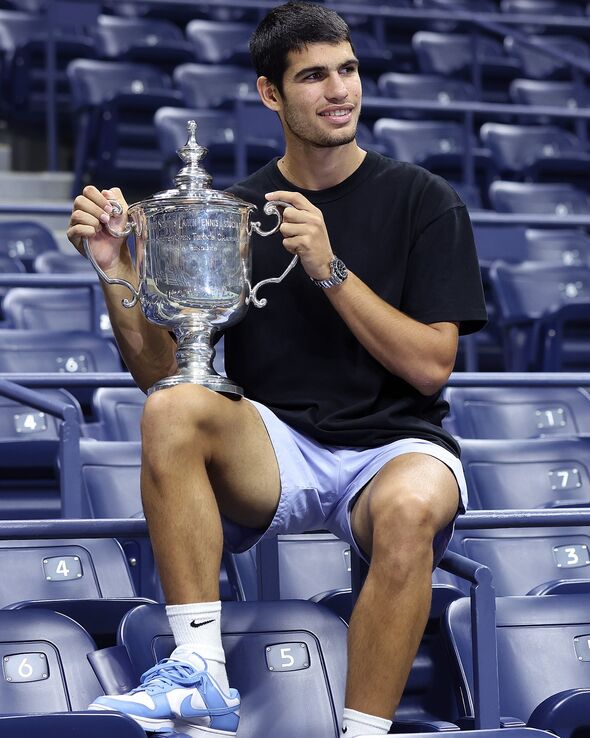 And addressing Djokovic’ absence, he added: “I had the luck or whatever you want to call it that Djokovic could not play. Everybody has their reasons, but that is the reality. He could not play much for a while, and Rafa kept playing but not all year, either.”

But the new top-ranked man in tennis didn’t want to downplay his own run, having battled past four top 30 players en route to the title, including former champion Marin Cilic. “But like I said, I don’t want to take credit away from myself,” he added. 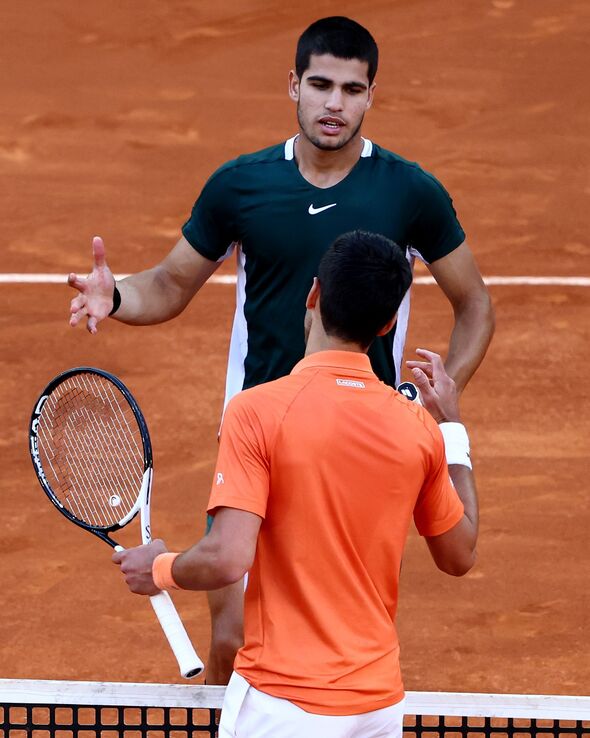 “I have been playing all season, playing incredible matches and incredible tournaments, and I’ve worked really hard so that things like this could happen.” And one of Alcaraz’s incredible tournaments came in Madrid earlier this year, where he beat both Nadal and Djokovic back-to-back en route to his second Masters title.

Despite feeling some “luck” at Djokovic’s absence from the US Open, the Spaniard won his only meeting with the world No 7 6-7(5) 7-5 7-6(5). And the Serb has already congratulated him for his success in New York, taking to Instagram to write: “Enhorabuena Carlos. Congratulations @carlitosalcarazz for your first Grand Slam. Amazing performance.”