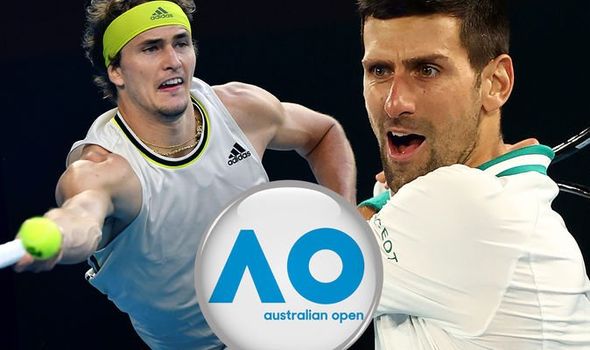 Alexander Zverev admits facing Novak Djokovic on centre court at the Australian Open is “one of the most difficult challenges in sports” as the pair get set to go head-to-head in the quarter-finals of the tournament on Tuesday.

Zverev defeated Dusan Lajovic in straight sets in the fourth round on the Margaret Court Arena on Sunday having only dropped one set all tournament thus far.

The German, who also defeated Marcos Giron, Maxime Cressy and Adrian Mannarino in the first week in Melbourne, reached the semi-finals of this Grand Slam a year ago.

But the 23-year-old, once billed by Rafael Nadal as a “clear” future world No 1, is still waiting for his first triumph at a major.

He came closest when losing the US Open final to Dominic Thiem in 2020 having led by two sets before letting his grip on the New York title slip.

Sixth seed Zverev was however excellent against Serbian Lajovic to make the last eight of the Australian Open, where he will face defending champion Djokovic. 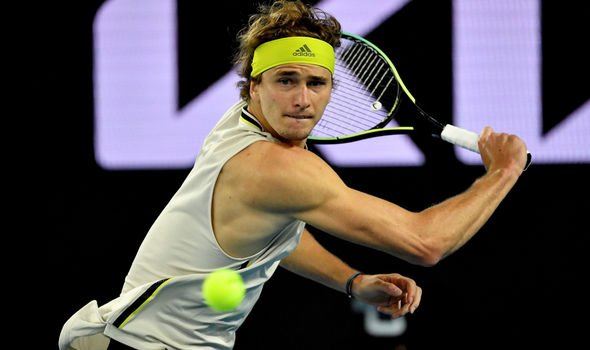 The Serbian overcame Canadian Milos Raonic on the Rod Laver Arena in the final match of Sunday’s night session despite having gone into the match nursing a side injury.

And Zverev is wary that taking on Djokovic at the Slam where he is a record eight-time champion is no mean feat, even if he is carrying an issue.

Zverev, who has a 5-2 head-to-head record against the world No 1 and lost to him in the French Open quarter-finals in 2019, said: “Yeah. You know, I’m in the quarter-finals of a Grand Slam, so I’ve gotta to be doing something well. 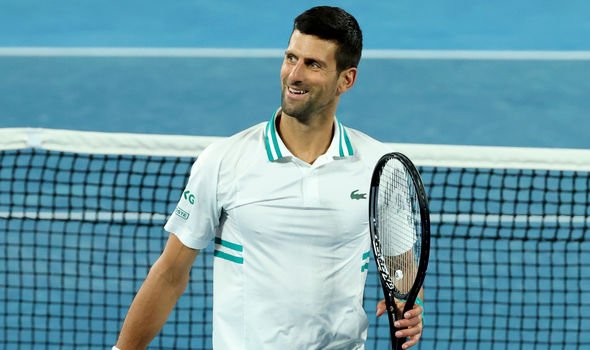 “You’ve got to play your best tennis, especially here. This is his [Djokovic’s] favourite court, this is his favourite tournament.

“You know, I’m looking forward to the challenge. I think it’s one of the toughest challenges in our sport to be playing Novak at this Grand Slam in later rounds.

“I had two of my biggest wins against him in the Rome final and London, but the other matches were extremely difficult.

“I mean, we played twice in the last few months, in London once and at the ATP Cup, which was an extremely close match, which could have gone both ways. I think he would say the same thing. 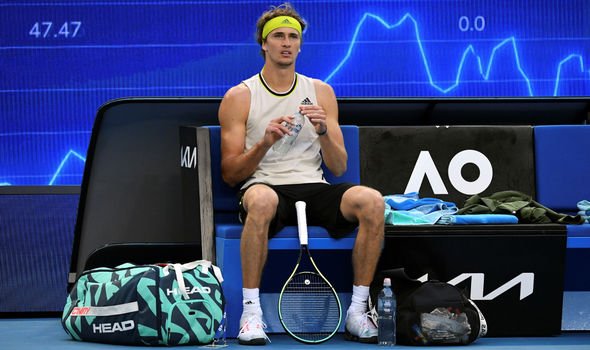 “But the other side, it’s always a very physical match, always involves a lot of movement, I think. In a way you have to move extremely well against him.

“As I said, it’s one of the most difficult challenges in sports to be playing him here.”

Djokovic told Eurosport after his win over Raonic meanwhile: “Yeah I mean it’s not ideal. I’ve felt better, that’s for sure.

“There was a big cloud of doubt over whether I was going to play or not but it’s a Grand Slam and for me, at this stage of my career, this means everything.

“The four events of the year, I give everything I possibly have in me to have a chance to compete. If it wasn’t any other tournament, I probably wouldn’t be playing.

“Right now, in my head, it’s all about recovery to be honest. I’m not really thinking about any training. I just really want to try to feel better, better and better as this tournament progresses.

“Because I’m under painkillers for more than 48 hours, very strong ones, I don’t know exactly the damage that has been done.

“There’s always more damage to what it was previously because when you’re playing a match, you can’t control your body, you’re going for it and not thinking about, ‘maybe I shouldn’t play this point or that point.’

“I’m an aggressive player in terms of movement, I slide a lot, so that doesn’t help with this kind of injury!

“In the next 48 hours, the number one priority is to recover as much as possible and collect all the possible energy for the next match-up.”