Andy Murray may need to have another operation as he continues his bid to return to top-level tennis.

The former world number one has not played a match since November’s Davis Cup finals after being diagnosed with what was initially thought to be mild bone bruising.

But concerns grew when Murray pulled out of the Australian Open and then two ATP events earlier this month, with the Scot admitting he did not know when he would be able to return. Murray has now opened up about the issues he has been facing, with the picture still not a clear one.

The 32-year-old could need an operation to remove bone growth associated with the hip resurfacing surgery he underwent last January. But he also revealed he has begun practising again and, if his body responds well, he has not ruled out taking a wild card into the Miami Open next month.

Murray said: “It’s been unbelievably complex. At the Davis Cup I was diagnosed with this bone bruise on the pubis, which was mild and obviously not a big deal, but they can sort of niggle on if they are not handled properly. It didn’t really get better. I started rehabbing, I started hitting a few balls, I started running again on the treadmill and stuff to try and build back up. 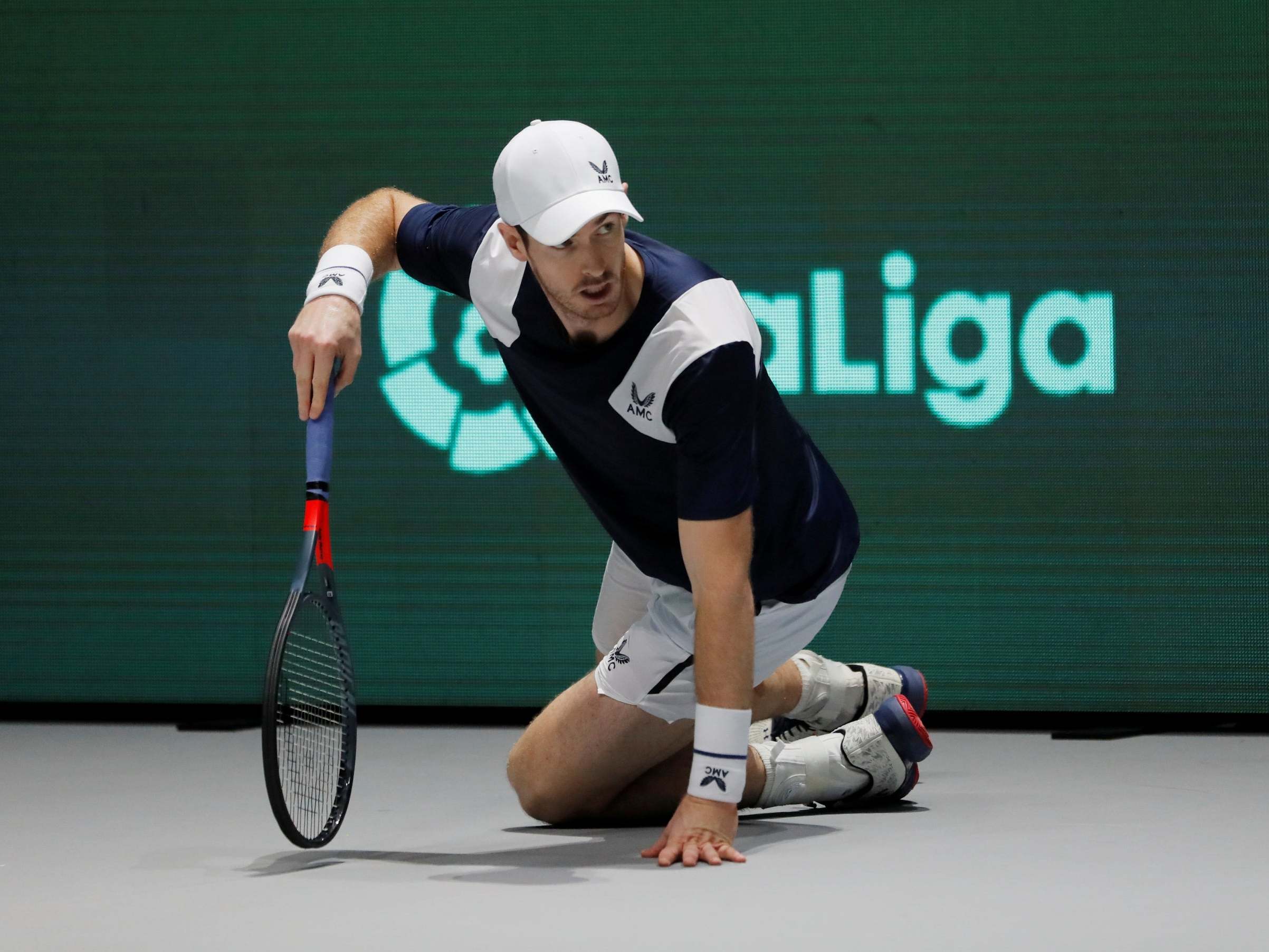 “The thought was maybe that I had just irritated it and should give it enough time until it’s gone. But my pain was not getting better. I was basically like, ‘Look, I am not happy with this diagnosis’.

“So the concern was then, well, we can’t see exactly what is going on in here, is there a problem with the actual prosthesis? Then from there, I had to have a bone scan.

“But there are complications with that because it is normal to have quite high bone activity in the first 14 to 16 months after hip resurfacing, so you can get red herrings, but all of those scans showed that it was clear.

“I started practising again a few days ago. I’ve been doing some running and just trying to build up to see what happens.

“When people have these operations, there is something called heterotopic ossification, which is basically like bone growing outside of the normal skeleton, so it grows in soft tissues.

“That grows for 14 to 16 months post surgery and that can cause impingements, pain, aching, these sort of things. The issue is if you try to remove that too early, while it is still active in the process of growing, it just grows straight back.

“So what I need to do just now is build up in these next couple of weeks to really test it. Hopefully it responds fine. But, if it doesn’t, then I need to potentially have that removed.”

Murray had his second hip operation at the end of January 2019, so he is optimistic this latest period of uncertainty will not last too much longer.

“I would hope I should know by the end of next month whether I’m good to play or not with it,” he said.

“That’s what I have to wait for. And then the issue around that is, if they can’t get to it with an arthroscope, which is obviously the hope, that I would then have to be opened up again. That obviously takes longer to recover.”

Although the prospect of yet more surgery is certainly not ideal, Murray was far from downbeat and remains optimistic about his chances of playing in the biggest events.

Being fit for Wimbledon will surely be his main goal but he is also hoping to play on clay, a surface on which he has not competed since his hip problems first emerged in 2017.

Murray said: “I want to play in the slams again. That is the thing that I have missed over these last few years. Missing the Australian Open for me this year was rough.

“At the end of last season, I was actually starting to play pretty well, I was feeling good and then this happened.

“I want to get back to playing in the slams. That’s what excites me and interests me. There is no reason why I can’t.”