Osaka became the first woman since Monica Seles to win her first four Grand Slam finals as well as four of the last six majors with a 6-4 6-3 victory against Brady maintaining her perfect record in major finals.

The 23-year-old remains behind Ashleigh Barty in the rankings because of the temporary switch to a two-year system but there is no doubt Osaka is the best player in the world on hard courts, while only Serena and Venus Williams of active players now hold more major titles. 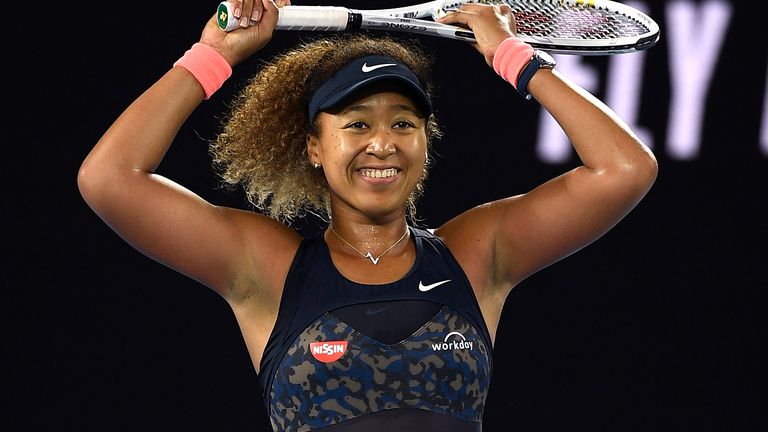 After stepping onto the podium to collect the trophy, Osaka turned to Brady and said: “Firstly I want to congratulate Jennifer. We played in the semi-finals of the US Open and I told everyone that would listen that you’re going to be a problem, and I was right. To see your growth over the past few months is really cool.

“I’d like to thank my team. I’ve been with them too long, a month and some change. They’re like my family. They’re the ones with me through my training, through my matches, through my nervous talks before my matches, and I’m really appreciative towards them. This one’s for you.

“Lastly but not least, I want to thank you guys (the fans). Thank you for coming and watching. It feels really incredible. I didn’t play my last Grand Slam with fans so just to have this energy it really means a lot.

“Thank you for opening your hearts and your arms towards us. For sure I feel like playing a Grand Slam right now is a super privilege and it’s something I won’t take for granted.”

Osaka’s Fed Cup defeat against little-known Spaniard Sara Sorribes Tormo proved to be a watershed moment for her because since that day last February, Osaka has won all 21 matches she has played, taking in a third Grand Slam title at the US Open and carrying her through a very tough draw to a fourth major title at Melbourne Park.

She saw off Serena Williams in straight sets in the semi-finals and she continued where she left off to defeat first-time Grand Slam finalist Brady to continue her dominance of the women’s game at majors. 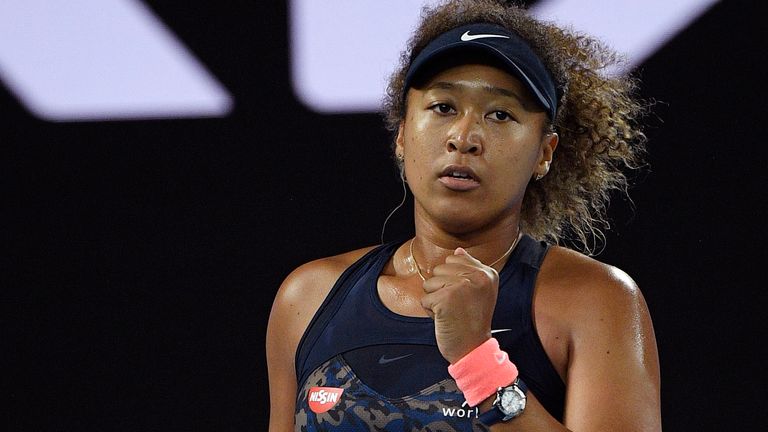 Osaka knew she could not underestimate 25-year-old Brady after they played one of the best matches of 2020 in the US Open semis.

Brady, who struggled with nerves during a semi-final victory over Karolina Muchova, made four of 14 first serves and double-faulted three times to hand Osaka a 3-1 lead.

But after a shaky start in breezy conditions on Rod Laver Arena, the American soon relaxed and hit straight back before consolidating with a love service game to draw level.

Osaka saved a break point to hold in the ninth game before taking a pulsating opening set after a couple of fortunate bounces that caught out the American.

Brady knew she faced an uphill battle, with the Japanese star having won her last 40 Grand Slam matches when winning the first set.

Naomi Osaka in the late stages of a Slam?

From 4-4 in the opening set, the gap between the two opened up as Osaka reeled off the next six games in a row before Brady composed herself well, firing up her big forehand once more to pull two games back, and threatened to get back into the match.

But Osaka has proved herself a player more than able to handle herself at the biggest occasions and she calmly served out the match to love.

Brady is a late developer at the top level, having only really found her love for the sport during her studies at the University of California. She finally realised she could compete with the best players last year and will break into the top 20 for the first time next week after reaching her maiden Grand Slam final. Speaking on court, Brady said: “First I would like to congratulate Naomi on another Grand Slam title. She’s such an inspiration to us all and what she’s doing for the game, getting the sport out there, and I hope young girls at home are watching and are inspired by what she’s doing.

“I would like to say thanks to my team. Without you guys I wouldn’t be standing here tonight so thanks very much for everything you’ve done for me and let’s keep going for more.

“It was special to play in front of fans in my first grand slam final. Hopefully I’m standing on the stage next time with this girl over here (the Daphne Akhurst Memorial Cup) but tonight it wasn’t meant to be. Hopefully there’s many more.”

Man City vs Wolves prediction: How will Premier League fixture play out tonight?