Women’s No.1 Ash Barty is through to the third round of the US Open after a 6-1, 7-5 win over Dane Clara Tauson.

After being overpowered by the top seed in the first set, Tauson fought back to level the second 5-5, in the process averting a match point at 5-3.

Barty broke again with the scores tied but was forced to battle through her last service game – Tauson again saving match points – to win a game of two halves. 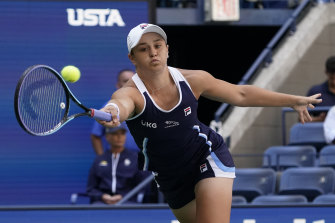 Ashleigh Barty returns te ball to Clara Tauson during their second round match.Credit:AP

The match was one of the few to start on time on Thursday (Friday AEST) after the remnants of Hurricane Ida swept through New York, bringing torrential rains and flooding.

Russian Varvara Gracheva and Estonia’s Anett Kontaveit also won through to the next round.

Fans and players alike faced challenges in getting to Flushing Meadows after transport ground to a halt across the city. The three major commuter train lines that serve the New York region were either suspended or experiencing delays.

In Manhattan, where most players stay during the tournament, players, tournament staff and media members lined up to wait for shuttle buses to transport them to the tennis centre. The drive to Queens was taking more than two hours due to detours following storm damage.

Tags: Barty, fires, into, round, third, w
You may also like
Latest Posts