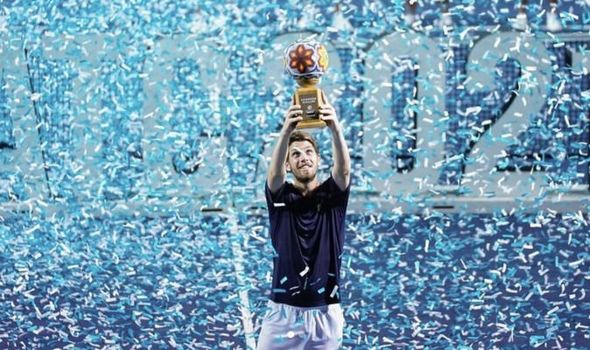 Cameron Norrie insists he ‘couldn’t be more proud’ after winning the first ATP Tour title of his tennis career in a straight sets win over Brandon Nakashima in Los Cabos.

Norrie’s victory in the Mexican city ensures that he is the first British winner of the event, which began in 2016.

The victory will be of great relief to the world No 30 who had fallen short in his previous four finals on the ATP tour.

The Brit opted not to play at the current Tokyo Olympics due to there not being any ranking points on offer. He said at the time that there were “big opportunities [elsewhere] to move up the ranks and keep momentum”.

And the 25-year-old’s decision looks to have paid off as he did not lose a set all tournament after comfortably beating Nakashima 6-2, 6-2 in the final.

He broke to love for a 2-1 lead in the first set and broke again at 4-2 before serving out the opener.

The second set was similar with Norrie breaking early on and despite a brief fightback from the American, Norrie won the final four games to secure his maiden title.

Speaking to the ATP Tour after the victory, he said: “I feel very happy. I couldn’t be more proud of myself, proud of my team and how I handled the week.

“I am happy how I improved every match.

“I used my experience a little bit today and I think it showed in the match.

“I think it’s a huge bonus. It was always a goal of mine to get my first title.

“Obviously I’d lost three finals this year, so it was very nice to get over the line today.

“I’m going to enjoy it tonight and then [go] straight back to work.”

Norrie believes he played well throughout the event but admits handing the pressure of being the No 1 seed was not easy.

He added: “I think I played very solid throughout the whole week.

“I improved, I think my returns were very, very solid this week. It’s obviously a big step for me to get my first title, so I couldn’t be happier.

“I’m happy with my level and how I handled the situation, especially coming in as the No. 1 seed.

“It’s not easy to be the favourite.”