Carlos Alcaraz posted a sequence of emojis hinting at three crucial factors in the US Open final against Casper Ruud on Sunday. The teenage Spaniard gave fans something to chew on just hours before his first ever Grand Slam final, which he reached via a blockbuster run at Flushing Meadows.

Alcaraz goes into Sunday’s showdown at Arthur Ashe Stadium having played a huge amount of tennis over the past few days. The youngster’s semi-final win over Frances Tiafoe was his third consecutive five-set win, having also gone the distance with Marin Cilic and Jannik Sinner.

On the one hand, Ruud may take encouragement from the notion that Alcaraz could be fatigued, but on the other, Alcaraz has already shown the kind of heart that suggests he is ready to fight until the bitter end in New York.

His cryptic social media post hours before the final suggested as much as Alcaraz tweeted emojis of a brain, a heart and two eggs. 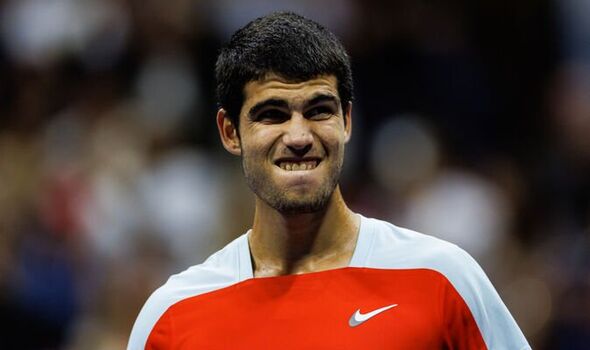 The Spanish sensation is seemingly ready to engage in a battle with Ruud that covers mental toughness, heart, desire and courage. Fans in his homeland will be roaring him on after long-standing favourite Rafael Nadal crashed out to Tiafoe in the round of 16.

Ruud is also bidding to win his first career Grand Slam title, having fallen short in the French Open final against Nadal earlier this year. The 23-year-old has been silent on Twitter throughout the US Open with his eyes fixed firmly on the prize in New York.

Not only will the pair battle it out for a first-ever Grand Slam title, but the men’s world no 1 spot is also up for grabs after Nadal’s early exit. Alcaraz – still eight months shy of his 20th birthday – would become the youngest in history if he clears the final hurdle at Flushing Meadows.

“It’s amazing to be able to fight for big things,” he said after beating Tiafoe in the semis. “First time in a final of a Grand Slam. I can see the No 1 but at the same time, it’s so far. I have one more to go against a player who plays incredible. I’m going to give everything that I have. I’m going to enjoy the moment and let’s see what happens.”

Ruud, meanwhile, claims that his experience in a final against Nadal has helped to mentally prepare him for success the second time around. 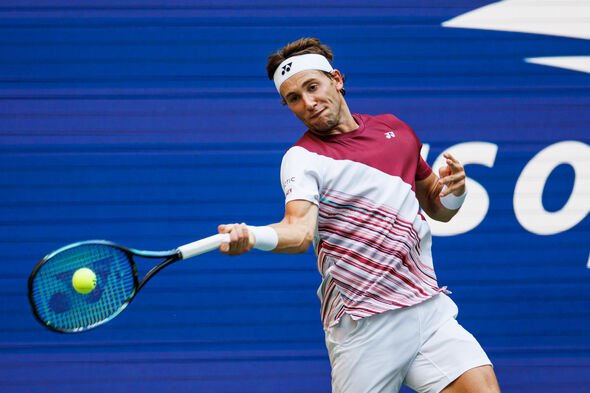 “Roland Garros, the final, [Nadal] obviously gave me a good beating,” he told reporters this week. “After the final I said, ‘If I ever reach one again, I hope it is not Rafa on the other side of the court in Roland Garros’, because it’s sort of an impossible task I think for any player. I’m happy that it’s not Rafa on clay.