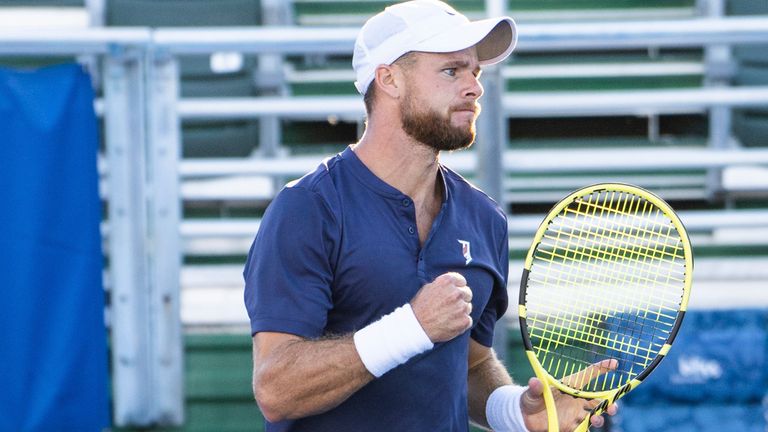 Christian Harrison has been fined by the ATP after refusing to take part in a mandatory on-court interview at the Delray Beach Open.

The qualifier, ranked 789th in the world, stunned top seed Cristian Garin on Saturday for his first victory against a top 50 player and reached his maiden ATP semi-final by defeating Gianluca Mager at the event on Monday.

American Harrison was fined $3,000 not to wear a mask following his win against Garin and declined to be interviewed on court.

The 26-year-old spoke out against wearing masks on social media last week saying: “Healthy enough to play 3 hour matches. But I’m an absolute safety hazard walking maskless through a restaurant.”

He wore a mask for the subsequent on-court interview after his win against Mager and later said in an Instagram post he was not aware it was mandatory to wear one for TV interviews.

He added that the ATP supervisor had told him that the fine would be rescinded if he appealed and promised to follow tournament rules even if he did not agree with them.

“After my 2nd rd match I chose not to do my post match interview due to wearing a mask. It’s not healthy to wear a mask in the hot sun for more time than absolutely necessary after a tough match. I was given the impression it was optional. I wasn’t told I would be fined,” said Harrison.

“That night I was told it is a requirement for TV matches and I would be fined. When I spoke to the supervisor the following morning, I was told since I wasn’t notified that it was mandatory I could appeal the fine and it would be taken away. Unless something changes now I still believe that to be true.

“I was required to do a sit down interview after the match with the same person which I agreed to and I did not have to wear a mask for it. It’s not about safety to wear mask for TV to talk to a microphone with no one around.

“Playing the tournaments I’ll follow whatever is required even if I don’t agree with it. I don’t support masking people for the sake of it for TV.”

Harrison, who reached a ranking of 162 in 2013 but has seen his career flag due to eight surgeries, will take on Hungarian Hubert Hurcacz, who is the sole seed still in the tournament, for a place in the final.

“I just love the sport, I love what I’m doing,” Harrison told reporters. “I just can’t wait to keep playing and hopefully have a good, healthy next couple of years.”