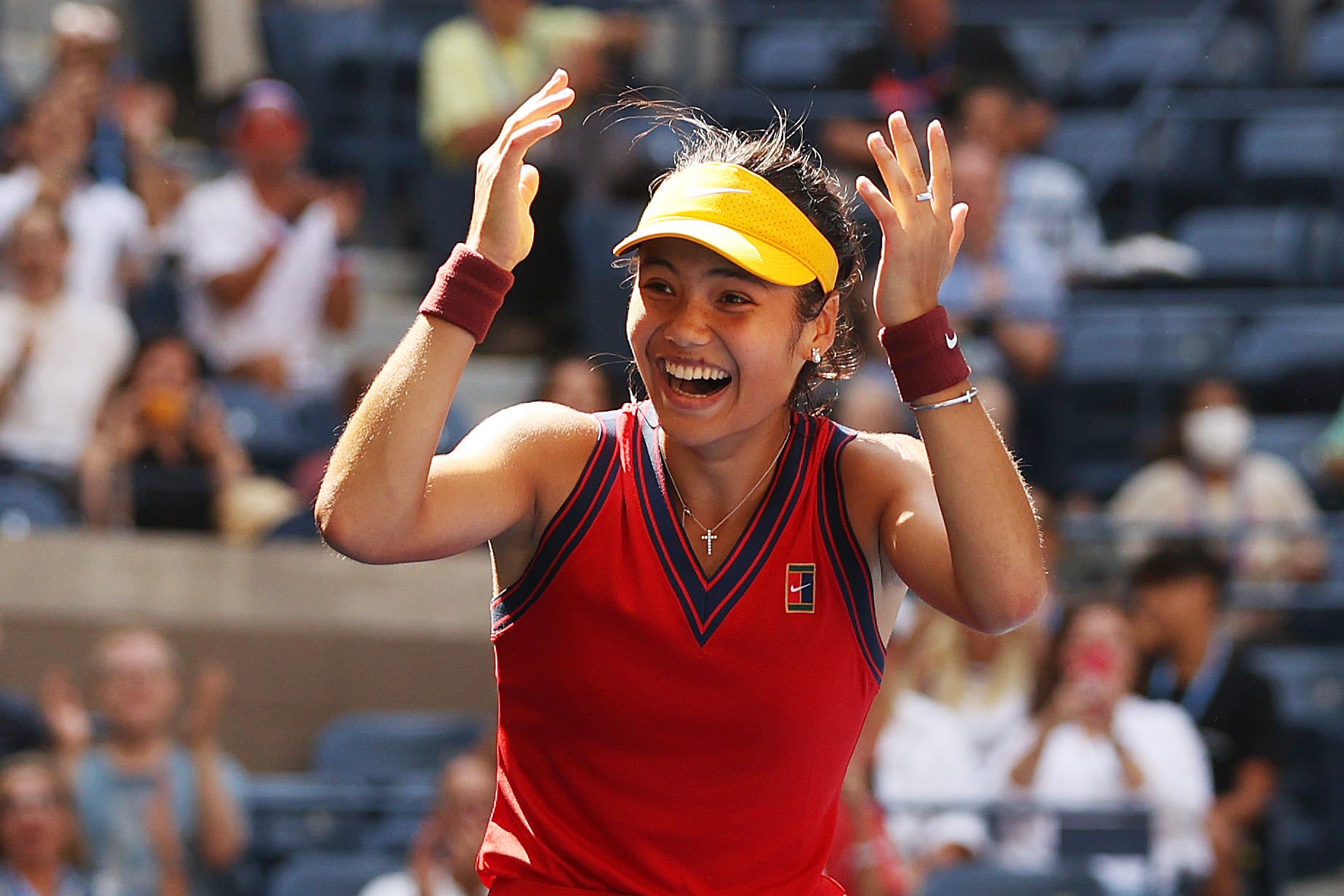 Emma Raducanu hailed her ‘unbelievable’ opponent Belinda Benic following her own unbelievable performance at the US Open.

Raducanu, who came through the qualifiers, has dropped just 22 games so far, no more than four in a set, and has yet to lose a set in New York.

She thanked her team for helping her to overcome the Tokyo Olympic champion in her post-match interview and admitted she had to adapt her game due to the power of Bencic’s hitting.

‘Belinda is an unbelievable opponent – her ball speed caught me off guard but I’m so glad to have got through it,’ Raducanu beamed.

‘I’ve got an amazing team here with me and at home. Thank you so much everyone. Everything that we’ve been working on has shown here, so thank you so much.

‘I was 0-30 in my last couple of service games, so to hold was so big. I just focussed on what I could control, getting my first serves in. Belinda fights until the end.’

Raducanu will face either either fourth-seed Karolina Pliskova or Maria Sakkari in the semi-final.

In the other half of draw, 19-year-old Canadian Leylah Fernandez will take on second seed Aryna Sabalenka.

And Raducanu, who revealed Fernandez was delivering cupcakes to her on her birthday, is pleased to see the younger players making a name for themselves on the biggest stage.

‘To have so many young players here doing so well just shows how strong the next generation is,’ she continued.

‘Leylah [Fernandez] is so nice, she was handing out cupcakes the other day for her 19th birthday. But everyone is on their own trajectory.’

Tags: Emma Raducanu, Tennis, US Open
You may also like
Latest Posts