Daniil Medvedev has snubbed Novak Djokovic by claiming Rafael Nadal is his biggest rival for world No 1 at the end of the year. The Russian is currently at the top of the world rankings but faces a battle to stay there given the Spaniard’s huge success throughout the season.

World ranking points are built up over the course of 12 months with each tournament holding its own specific value. Players hold the points for the next year before they need to defend them during the next tour season.

Medvedev currently sits on 7625 points – but enters a crucial stage of his season where he will be forced to defend what he has already earned. There are 1000 points attached to the Rogers Cup next weekend before he will need to defend the 2000 he won by claiming the US Open in 2021 later this month.

As a result, Nadal is in pole position for year end No 1. The 36-year-old currently sits on 6165 points however he missed the vast majority of the second half of 2021 meaning he will be consistently gaining ranking points in every competition he participates in. On the other hand, Medvedev will only be trying to protect what he already has rather than grow his lead. 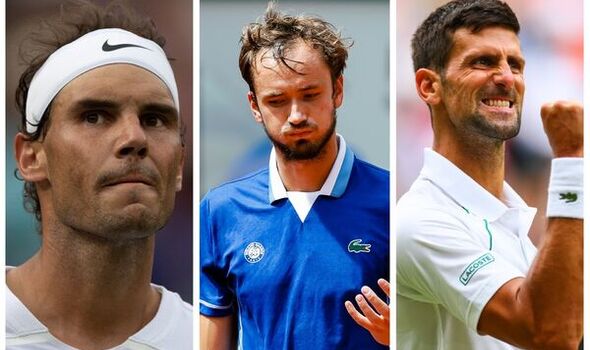 The Russian has confirmed he is watching the race to be top closely but concedes it is likely the accolade will end up going to the 22-time Grand Slam champion.

“For sure I’m watching the battle for No 1 a little bit,” Medvedev told ATPTour.com. “Depends also the moment because I know at the end of the year, unless I try to win every tournament that is left, it’s probably going to be Rafa Nadal. But at the same time, I can keep it for quite a long time.

“I know that the most important thing is to try to win tournaments, try to win those points. Then you can keep World No 1.”

It is notable that Medvedev does not even consider the legendary Djokovic to be a contender for the status. This season has seen the Wimbledon winner slide down the rankings to seventh and he is likely to fall even further in the coming weeks. 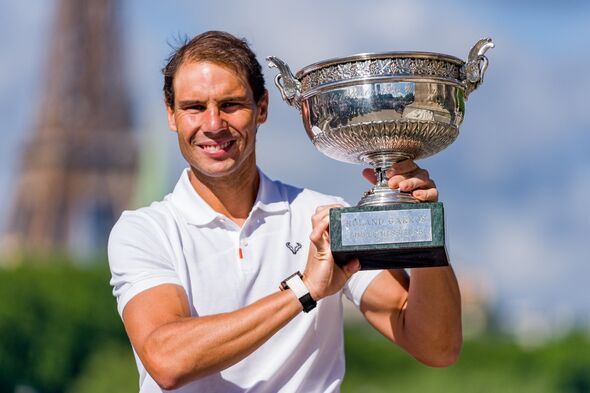 The 35-year-old initially lost 2000 points after being unable to defend his Australian Open title due to his vaccination status. He then only made the French Open quarter-finals where he was defeated by Nadal.

He suffered again at SW19 as a result of the ATP’s decision to remove ranking points from the competition over their refusal to accept Russian and Belarusian player’s into the tournament over the war in Ukraine. As a result, Djokovic lost another 2000 points despite successfully reclaiming his title.

He is now set to lose even more with the American tennis season in full swing. His refusal to be vaccinated means he is highly unlikely to be allowed entry to Canada or the US in order to compete in competitions like the Rogers Cup and US Open. He is therefore likely to find himself even worse off than his current ranking despite suffering a relatively injury-free season.

The race to be year-end No 1 is likely to heat up this Friday when the Rogers Cup gets underway in Montreal.