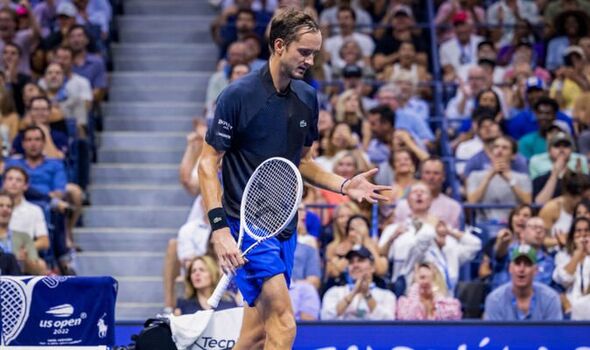 Daniil Medvedev threatened to quit his US Open clash with Nick Kyrgios because he took issue with the behaviour of the Aussie’s entourage. Tension was at boiling point as the two tennis rivals went toe-to-toe on Arthur Ashe Stadium.

Kyrgios won an epic 13-11 tiebreak to snatch the first set, in which both men had their own meltdowns. The Wimbledon finalist took a five-minute toilet break at the interval while a shirtless Medvedev ranted at the umpire, complaining about Kyrgios’ box.

“They are in a box of a professional tennis player, they cannot do it on my serve. One more time and I am not playing anymore.”

It is unclear what specifically made Medvedev angry as Kyrgios’ dad and girlfriend were alongside his usual pals that travel to most events with him. They were all joined by Kyrgios’ doubles partner and first-round victim Thanasi Kokkinakis after the opening couple of games. 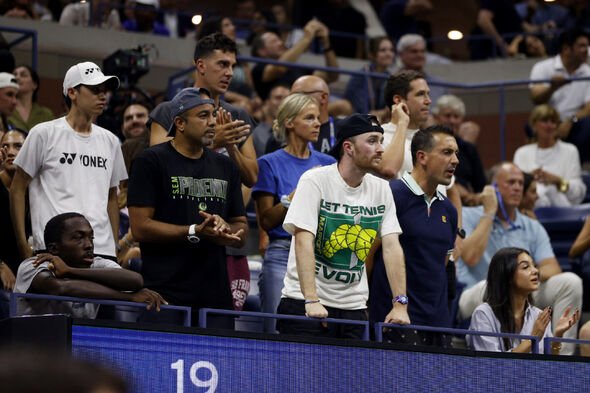 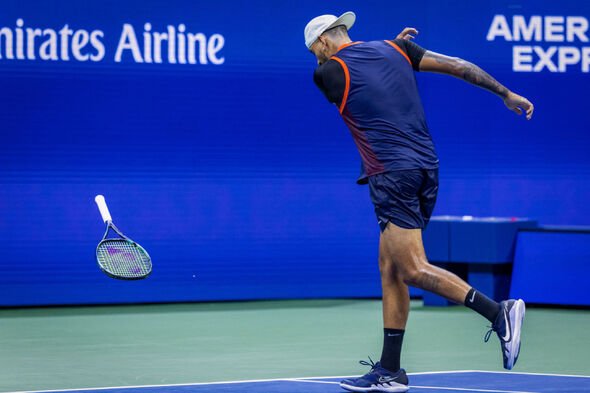 Amazon Prime co-commentator Jim Courier felt that Medvedev’s comments were going to bring added sting to the tie. He said: “It sounds like someone has irritated Medvedev from Nick Kyrgios’ box and he’s suggesting they will need to be removed if they keep doing what they keep doing.

“That’s not going to de-escalate things. There is already a whole load of tension and that might take it up to a new level.”

During the tense tiebreak, Kyrgios screamed “tell me where to f****** serve” multiple times at his box. If his mates did offer any advice, Kyrgios would have been in trouble with the umpire as on-court coaching is forbidden.

Medvedev channelled his frustrations into trying to get back into the match and he made a storming start to the second set, winning the first three games. Kyrgios was booed by the crowd as he smashed a ball into an advertising barrier.

“I understand you’re right. I can hit the ball every point in the stands. If he can, I can,” Medvedev said to the umpire about the incident, before he went on to wrap up the set 6-3.