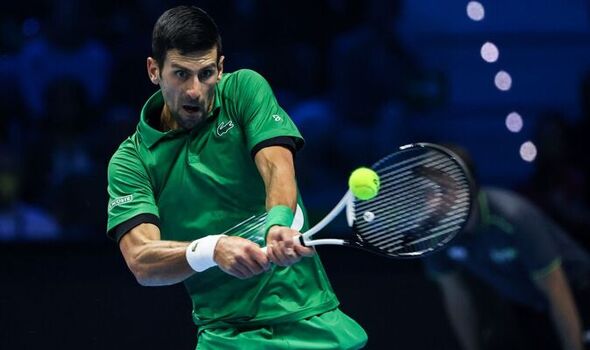 Novak Djokovic’s first tournament in Australia following the removal of his ban has been officially confirmed following the release of the entry list for the Adelaide International. The world No 5 had added the event to his website schedule and appeared on the official player list earlier this week as the top seed as he prepares to return to the Australian oOpen for the first time since being deported at the start of 2022.

Djokovic’s first match Down Under since winning the 2021 Australian Open will come in Adelaide, where he will play the ATP 250 event on the week of January 2 after Serbia failed to earn a spot at the new United Cup – a mixed-gender team tournament being staged at the same time across three Australian cities.

The 21-time Grand Slam champion will be the top seed at the Adelaide International after the entry list was released this week and leads a stacked field which could prove tricky for the Serb in his first match in Australia since his three-year ban was removed last month. Djokovic is one of four top 10 players at the event alongside Felix Auger-Aliassime, Daniil Medvedev and Andrey Rublev.

Top 20 stars Holger Rune, Jannik Sinner, Denis Shapovalov and Karen Khachanov have also signed up to play the 250-point event and make up the rest of the top eight seeds, with Rune ending the season by upsetting none other than Djokovic himself in the final of the Paris Masters to win the biggest title of his young career and make his top 10 debut at the age of 19.

JUST IN: LTA threatened with expulsion after massive fine for banning Russians

Meanwhile, Auger-Aliassime and Shapovalov are fresh off the back of winning the Davis Cup for Canada for the first time. And there are some tough unseeded players who will be lurking in the draw, including the Serb’s old rival Andy Murray.

Murray’s compatriots Jack Draper and Kyle Edmund are also in the draw, with the 20-year-old ending his year with a debut at the Next Gen ATP Finals while Edmund will enter using his protected ranking after being sidelined with injuries for the last couple of years and making his first appearance in the Wimbledon mixed doubles earlier this year.

World No 21 Roberto Bautista Agut – who has managed to beat Djokovic three times in their 12 meetings – has also just missed out on a seeded spot meaning he could be an early opponent for the Serb or other top players, while the world No 5’s compatriot Miomir Kecmanovic is also floating as the world No 29.

The Adelaide International is expected to be Djokovic’s only warm-up tournament ahead of the Australian Open, where he is bidding to win his 10th title and catch Rafael Nadal’s overall men’s singles Grand Slam record of 22 trophies.