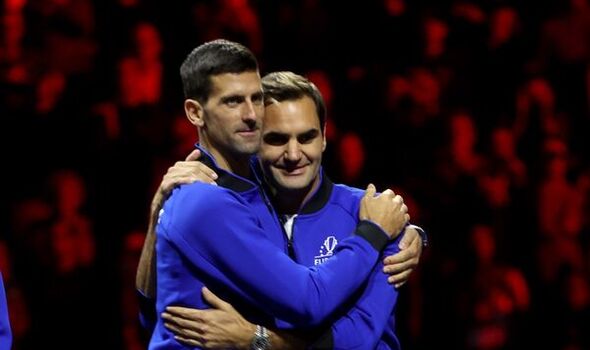 Another edition of the Laver Cup has drawn to a close in what was arguably the most memorable weekend in the competition’s history. Roger Federer understandably took the majority of the headlines, with the legendary Swiss superstar playing in his final professional match on Friday before bidding an emotional farewell to tennis.

The 41-year-old teamed up with his long-time friend and rival Rafael Nadal to play doubles, but was unable to finish his career with a victory as American duo Jack Sock and Frances Tiafoe came out on top 4-6, 7-6, 11-9.

That point helped Team World eventually win the competition for the first time, with Tiafoe’s triumph over Stefanos Tsitsipas on Sunday evening leading to scenes of joyous celebrations. And the weekend was another brilliant Laver Cup experience for Sock, who holds a record that Federer will definitely not be able to match and even the great Novak Djokovic may not be able to catch.

That is because the 30-year-old has now extended his record as the player who has won the most matches in Laver Cup history. Sock has a highly impressive record of 10 wins in 16 encounters in the tournament, with nine of those coming in doubles and one in singles. 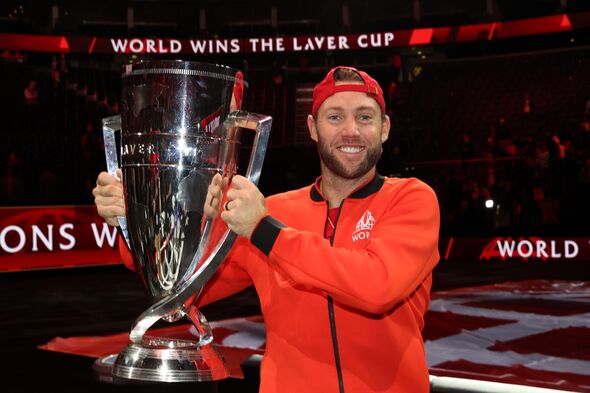 Before the doubles win over Federer and Nadal, Sock lost to Norwegian Casper Ruud. He then went on to record one more doubles win and one loss over Saturday and Sunday. Federer and Alexander Zverev are the closest to matching Sock’s record on eight wins each, but the latter will, of course, no longer be in action, while Zverev has struggled with injury issues of late.

Djokovic has played a total of five matches in the Laver Cup, but has managed to win only two, while the other member of the Big Three, Nadal, has just three wins himself. Therefore, it is looking extremely likely that Sock will be sitting pretty as the most successful individual player in Laver Cup history for the foreseeable future.

After his Team Europe surrendered to defeat, Federer gave one final emotional speech to his adoring crowd at the O2 arena. The 20-time Grand Slam winner took to the microphone and said: “I had no speech ready, I can say congratulations obviously to Team World. I was very confident going into today but well done Johnny Mac and the rest of team for playing so well today, you deserve it. Have a nice celebration today like I told you.

“Of course my team has been fantastic, I’ve enjoyed every minute. It’s been great, been a little bit emotional at times. I recovered, the team has recovered. I hope I didn’t make the team lose but I had a wonderful time and I can’t thank you enough for that. I’d like to thank Bjorn, our captain. You’re the king, you know it, I love you.

“Looking forward to next year, I’ll be there too and support both teams from different position. I hope I see you in Vancouver, thanks to all the organisation, all the sponsors, everybody. And you the fans, you made my weekend incredible, You know that.”