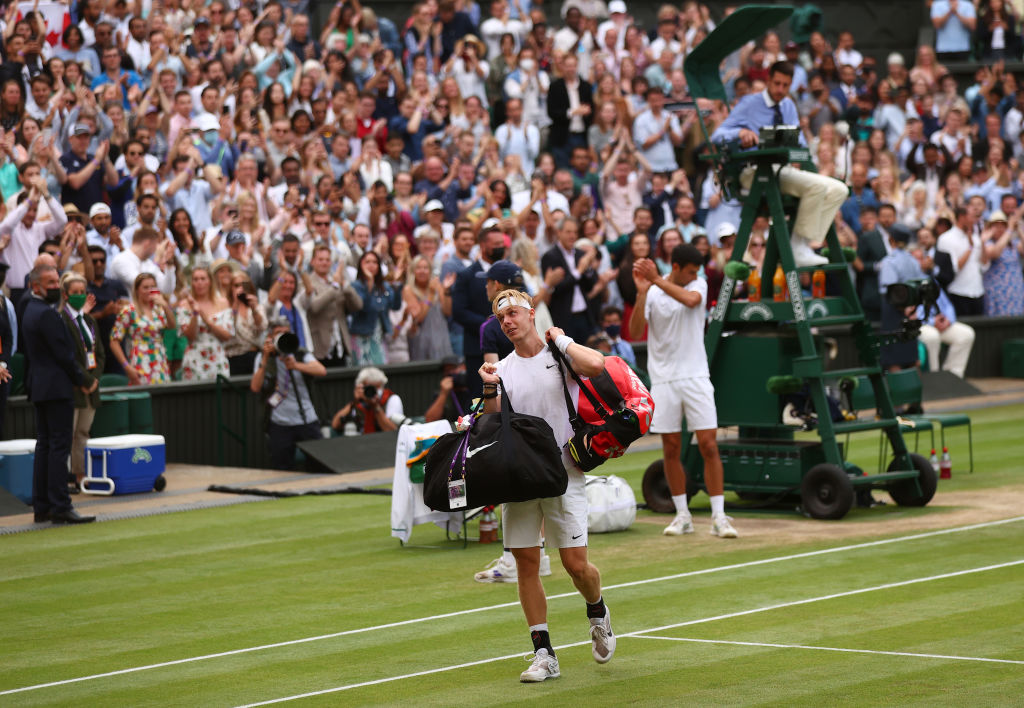 Denis Shapovalov left Wimbledon in tears after his straight sets defeat to Novak Djokovic in the semi-finals, with the world No. 1 paying a fitting tribute to the Canadian after his on-court efforts.

Shapovalov, who boasts a glorious lefty one-handed backhand, was the aggressor for the majority of the encounter but Djokovic played well in the biggest moments as he snatched each set away from the Canadian 10th seed.

Djokovic, the 19-time Grand Slam champion, saved 10 of 11 break points in the match to down the 22-year-old in what was his debut at this stage in a major.

Overwhelmed by applause at the end of the match, Shapovalov stopped in the middle of Centre Court, dropped his bag and held his hand to his heart as he thanked the crowd before walking out of the arena in tears.

And Djokovic offered some warm words to his opponent after their grass-court tussle on Friday evening.

‘He was serving for the first set, probably the better player for most of the second set and had many chances.

‘I’d like to give him a big round of applause for everything he has done today and also these few weeks.

‘This has been his first semi-final of a Grand Slam. You could see he was emotional, we will see a lot of him in the future, he is a great player.’

Djokovic is now one win away from Roger Federer and Rafael Nadal’s Grand Slam record. He faces Italy’s Matteo Berrettini in Sunday’s finale.

‘I am trying to take out the maximum of my own abilities every single match and see what happens. Giving up is never an option.’