Novak Djokovic brushed aside a wrist issue suffered at the Laver Cup last weekend by putting on a dominant display against overmatched Spaniard Pablo Andujar. The result fires the Serb straight through to the quarter-finals of the Tel Aviv Watergen Open, where he is also competing in men’s doubles.

On Thursday evening, Djokovic strutted out on court as the number one seed and the main attraction. He was given a rousing reception as he prepared to take on veteran Spaniard Andujar, who has never gone beyond the fourth round of a Grand Slam.

Djokovic has won 21 of them and his class was immediately evident as he notched a bagel on his unfortunate opponent. The 35-year-old hit a mesmerising forehand winner in the final game and gave little reaction when the first set was sealed 6-0.

Andujar finally got things going in the second set as he put three games on the board, but Djokovic found another gear and closed out the show in style, delighting the crowd with more sublime shots before winning 6-0 6-3. 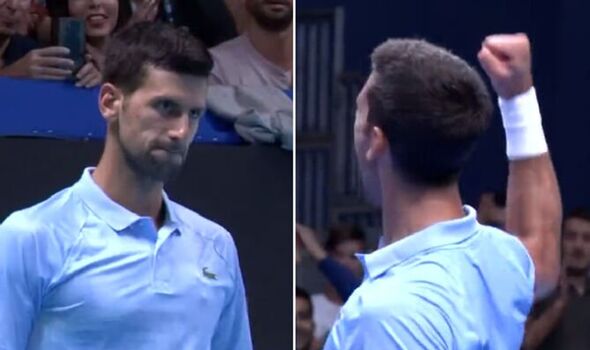 Djokovic returned to action in Israel after an emotional Laver Cup last weekend, which doubled up as Roger Federer’s swansong. Following a straight-sets defeat to Canadian star Felix Auger-Aliassime, he revealed that a wrist injury had hampered his ability to serve with his normal power and accuracy.

There had been concerns over whether the Serb would be able to compete in Tel Aviv but he put those to bed in the build-up, saying: “I practiced almost two hours and it was OK. I’m feeling good. I’m happy that the mini injury is now behind me. Hoping it, knock on wood, stays the way I want it to stay for the tournament.”