Novak Djokovic says he would like his retirement match to be similar to Roger Federer’s, following the Swiss star’s emotional farewell at the Laver Cup.

Federer’s final game of tennis was a doubles match where he teamed with long-term rival and close friend Rafael Nadal, while fellow rivals Djokovic and Andy Murray were also present as part of Team Europe. And Djokovic, who has dominated modern tennis as part of the ‘Big Three’ with Federer and Nadal and has faced Murray in all four Grand Slam finals, would like a similar farewell with his “biggest rivals and competitors there”.

Speaking to reporters in Tel Aviv, where he is competing in the Watergen Open, Djokovic said: “It was a very touching, emotional moment. Seeing his kids and his family, it got me emotional as well.

“I also must say I was thinking about how it would look for me when I say goodbye to tennis. I would love to have my biggest rivals and competitors there.

JUST IN: Nick Kyrgios ‘didn’t believe’ he could beat Djokovic to win Wimbledon 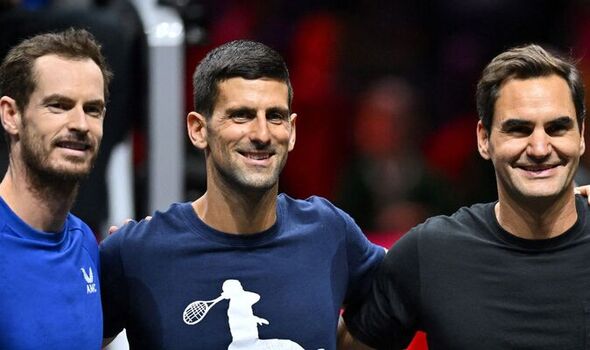 “Because it added something more special, added more importance to that moment.” Murray, however, believes he does not “deserve” a similar send-off to Federer, stating he does not even plan to have a “farewell match”.

When asked about his retirement, Murray replied: “Look, I’m really not thinking about that right now. I certainly won’t and don’t deserve to have a send-off like that.

“You know, Roger did deserve that night, and it was super special having all of those guys there, you know, watching on the side of the court, and having them there made it really special. 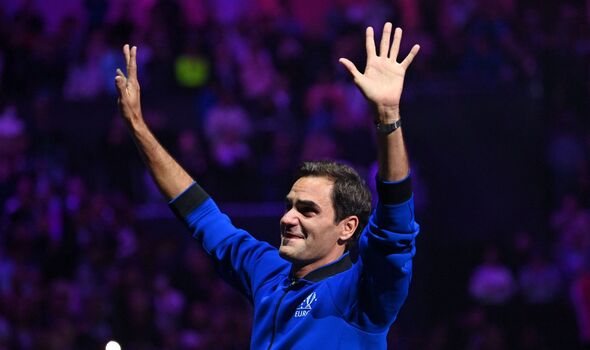 “I mean, look, for me, I’m not going to have a farewell match, I guess, like that. I probably would announce when I’m going to play my last event and stuff, but when that is, I don’t know. Like, I’m still playing competitive tennis and physically feeling good against top players.