It might have been inviting trouble when Wimbledon ramped up the ticket price of this year’s women’s final by 20 per cent for this year.

Raising the cost of most Centre Court seats to £240, to be equal with that of the men, was inflation-busting, even by recent heady standards.

Between 2013 and 2019 the women’s finals were all straight-sets victories, several of them being blowouts. 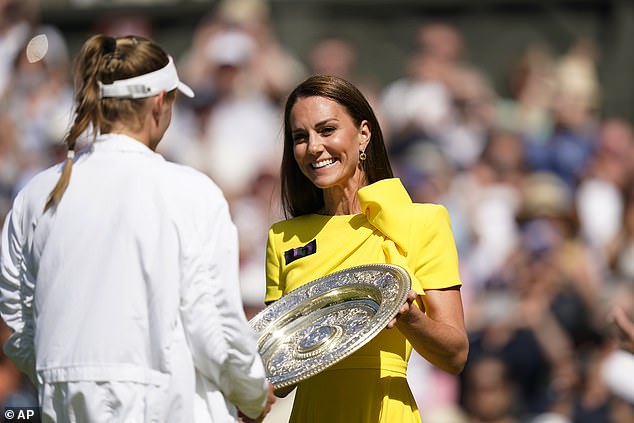 In the last one before the pandemic struck, Simona Halep rolled Serena Williams for the loss of four games in just 56 minutes.

There was not a Brit in the following final of the men’s doubles to add additional value in the event of a repeat.

So there might have been a sigh of relief that Ons Jabeur and Elena Rybakina put on an excellent contest when it came to the showpiece. The likes of Serena Williams, Iga Swiatek and Emma Raducanu at Wimbledon now seems like a distant memory. 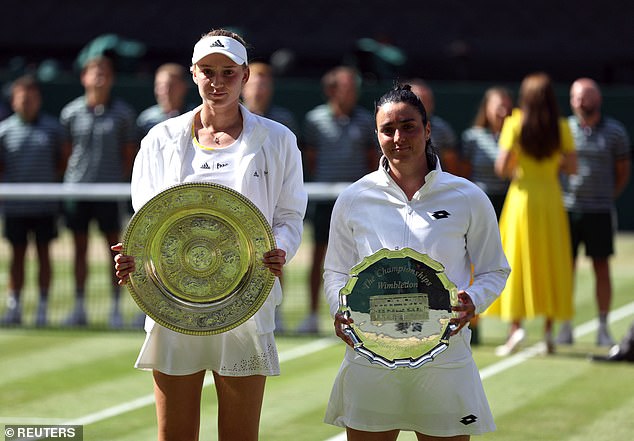 If there was an unavoidable awkwardness about the Duchess of Cambridge handing the trophy to someone so rooted in Russia it was softened by the quality of the match.

That whole issue has contributed to this being a difficult Wimbledon, but the Tunisian Jabeur has undoubtedly given it a huge lift.

Her quest to become the first woman from her part of the world to win a Slam in the Open era, added to by her genuine warmth, has been among the best narratives of the fortnight. 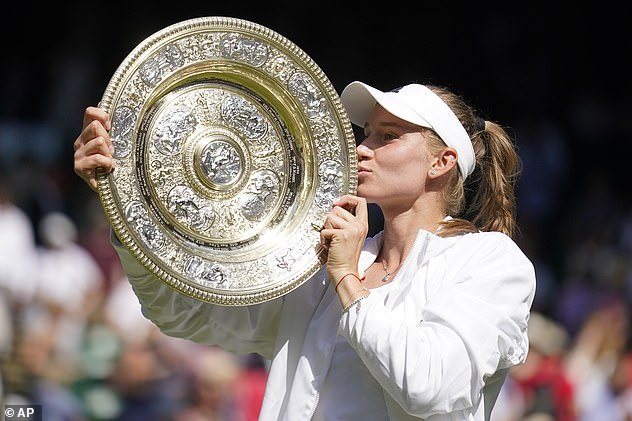 The world no. 23 was allowed to compete having chosen to represent Kazakhstan in 2018

Sometimes the visual of the final felt a bit like watching an imaginary match between twice finalist Arantxa Sanchez Vicario and former champion Maria Sharapova.

It was improved by being an interesting clash of styles. In the deciding set Jabeur continually tried to disrupt her opponent by bringing her into the net, but the Kazakh resisted her admirably.

Jabeur becoming a Grand Slam champion would have been a much-needed boost to the women’s game because there are few players around with her charisma off the court, and variety upon it.

If she had managed to sustain her form of the first set, it would have helped banish the whole issue of Russians and Belarusians which has dogged these Championships.

An interesting postscript to the final: both players were beaten last year at Wimbledon by Aryna Sabalenka, of Belarus. How much she and the others banned would have altered this year’s outcome we will never know. 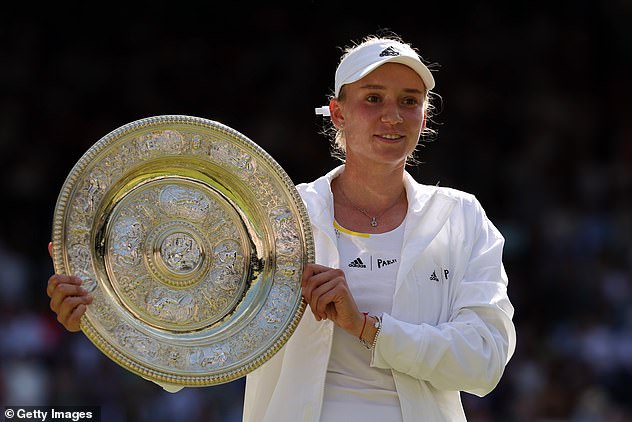