Reach for the sky: Emma Raducanu holds aloft the US Open trophy

Emma Raducanu swept to victory at the US Open and instantly transformed herself into one of the hottest properties in world sport. But once the daytime TV talk show and Met Gala invitations have eased, how will the new British No 1 fare when she returns to the tennis court?

Here, we take a look at each area of her game and predict how Raducanu will be able to cement her place among the game’s elite. 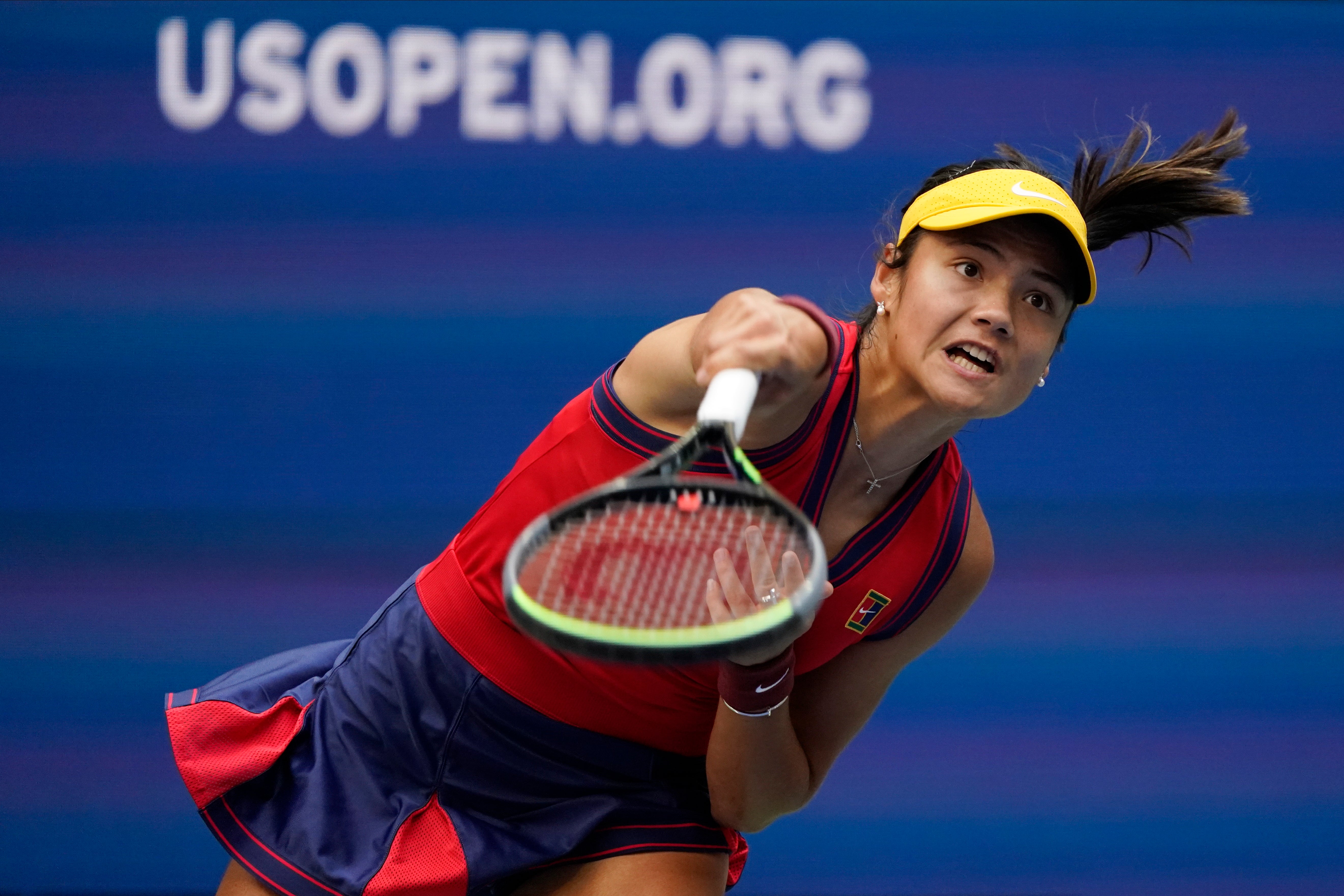 Raducanu’s serve may not be considered her strongest asset, but its accuracy – at 72 per cent well above the tournament average in New York – and sheer variety combined to frustrate her opponents. Likewise, her average second serve speed of 92mph proved better than the majority of her rivals. Most importantly, her serve held up under pressure – culminating in an ace to seal her improbable triumph. 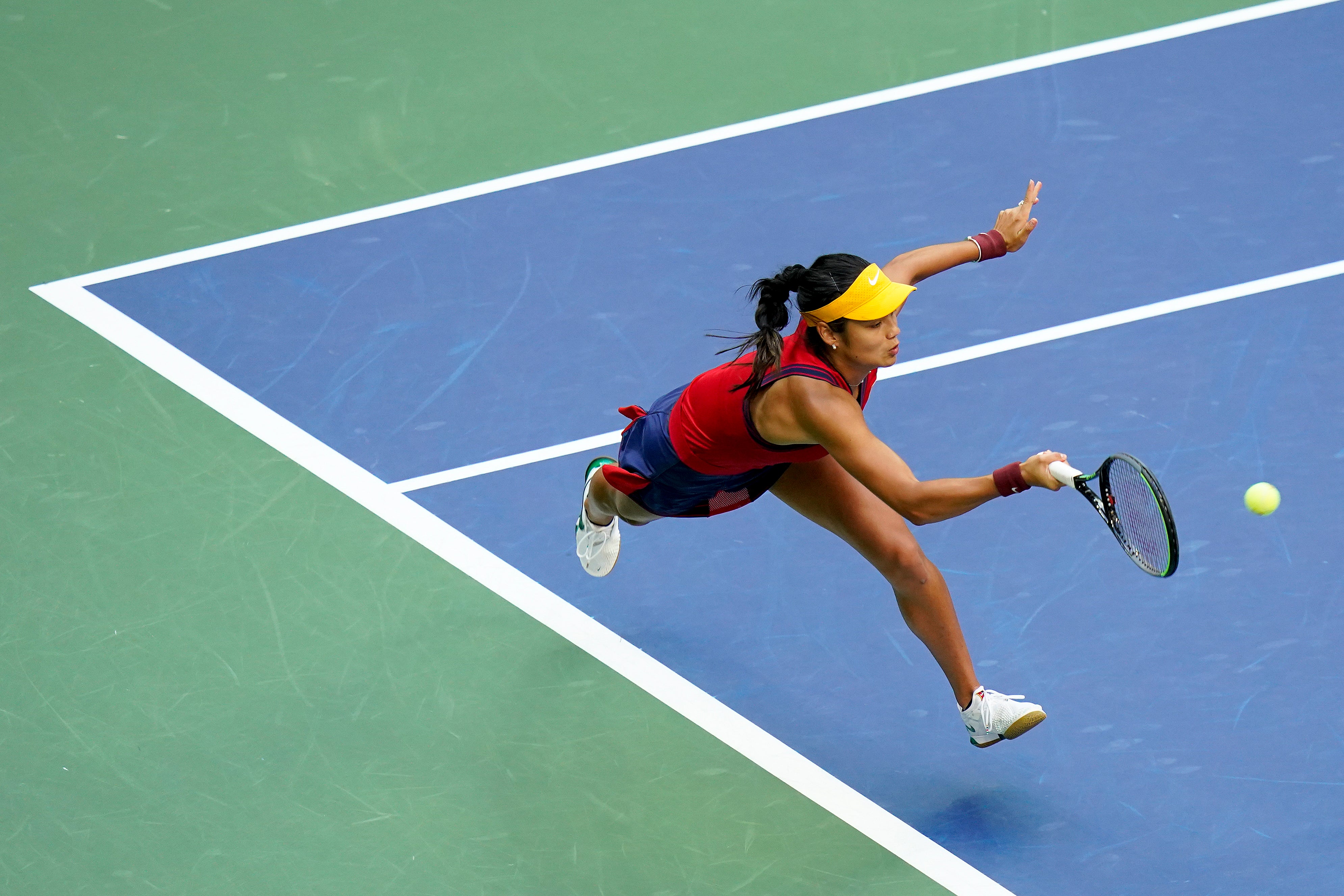 Raducanu’s return of serve is arguably her strongest asset. She attacks her opponents – most notable in the way she confronted the usually-aggressive Maria Sakkari in their semi-final, completely knocking the experienced Greek player off her stride – taking the ball early and ramming it back over the net, generally down the line and with unrelenting depth. It was a tactic that the best players in the world proved unable to cope with. 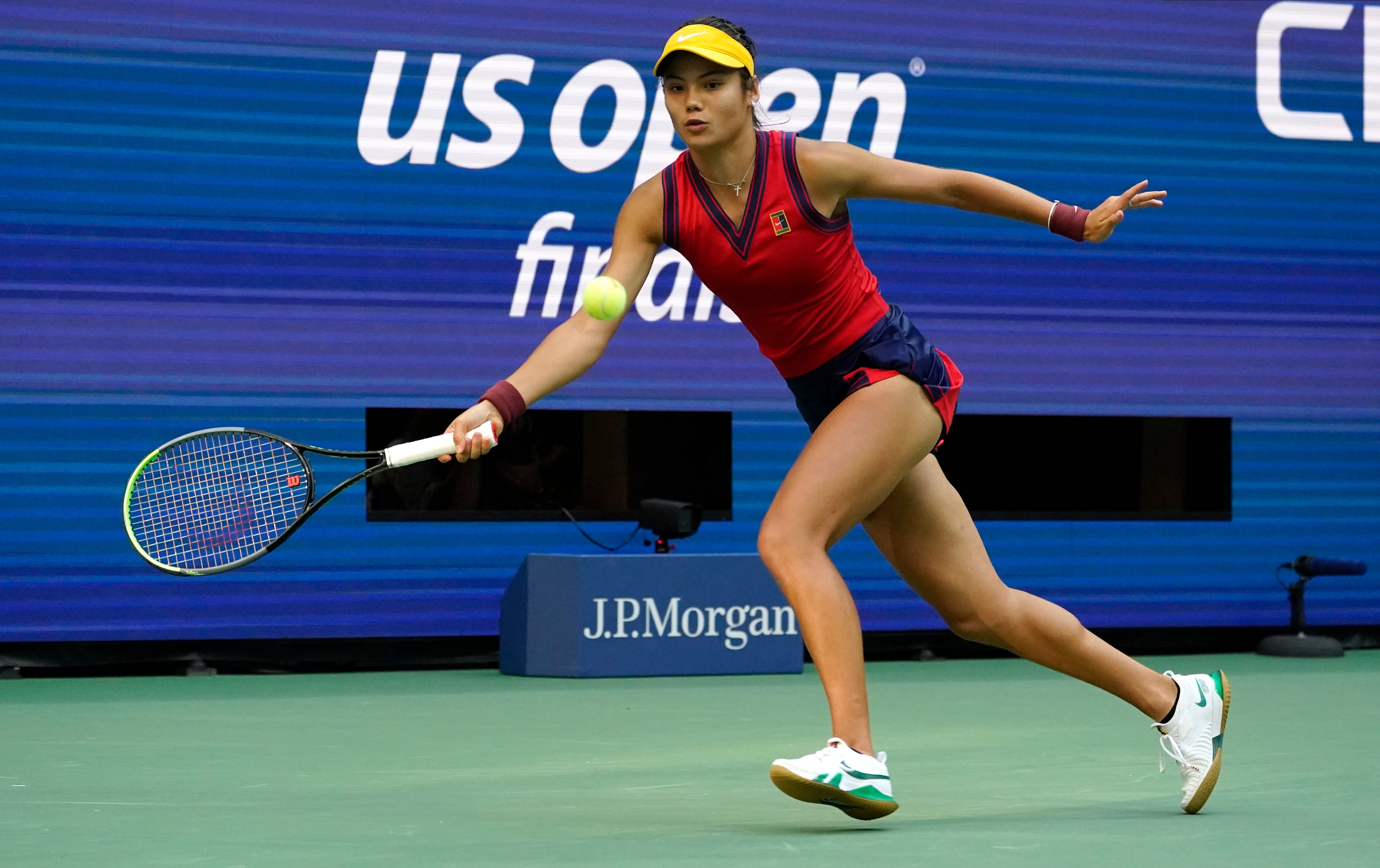 Her forehand side is arguably her weaker, but opponents failed to exploit it

Raducanu’s forehand side might be the weaker of her two, but it was hardly found wanting at Flushing Meadows. The way she jumped on it early, whipping balls cross-court or most likely down the line, was enough to give her the advantage in tight rallies, and consistently frustrate those who target that side of her game as a potential area of weakness they can exploit. They were wrong. 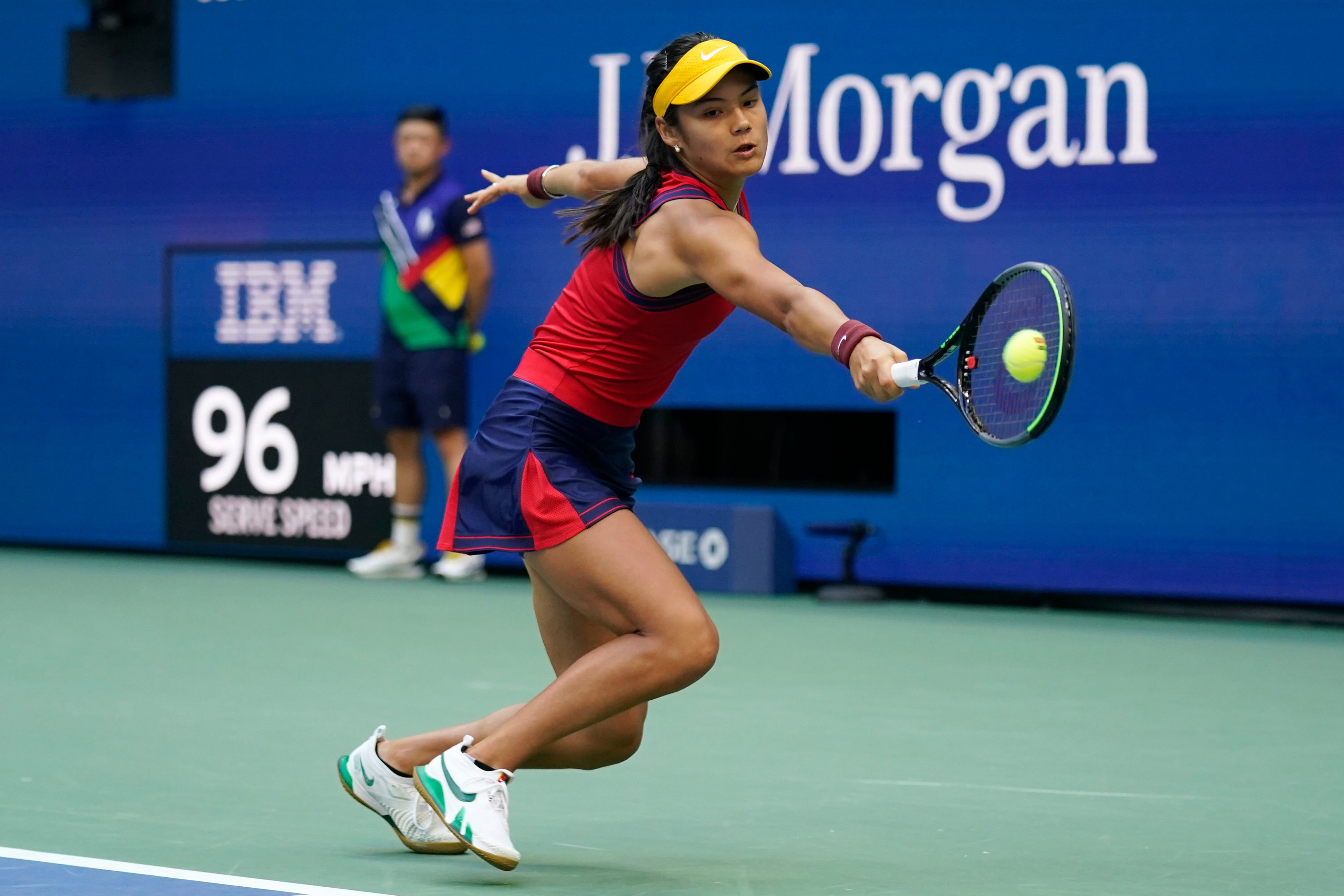 Her swishing, pistol-like backhand is undoubtedly Raducanu’s greatest asset, and she used it to devastating effect in New York. Its range and accuracy often made a winner seem inevitable, as it kept her opponents off-balance and, allied to her almost permanent front-foot style, afforded her time to come around the shot and dispatch another winner. Doubts were inevitably raised over Raducanu’s ability to go the distance after her Wimbledon retirement, and she has subsequently admitted it is an area in which she can still improve. But having won three matches in qualifying and swept her way through to the final, all without dropping a set, she has evidently answered those broader doubts in the best way possible. Now ensconced in the elite, Raducanu’s fitness levels can only continue to improve. 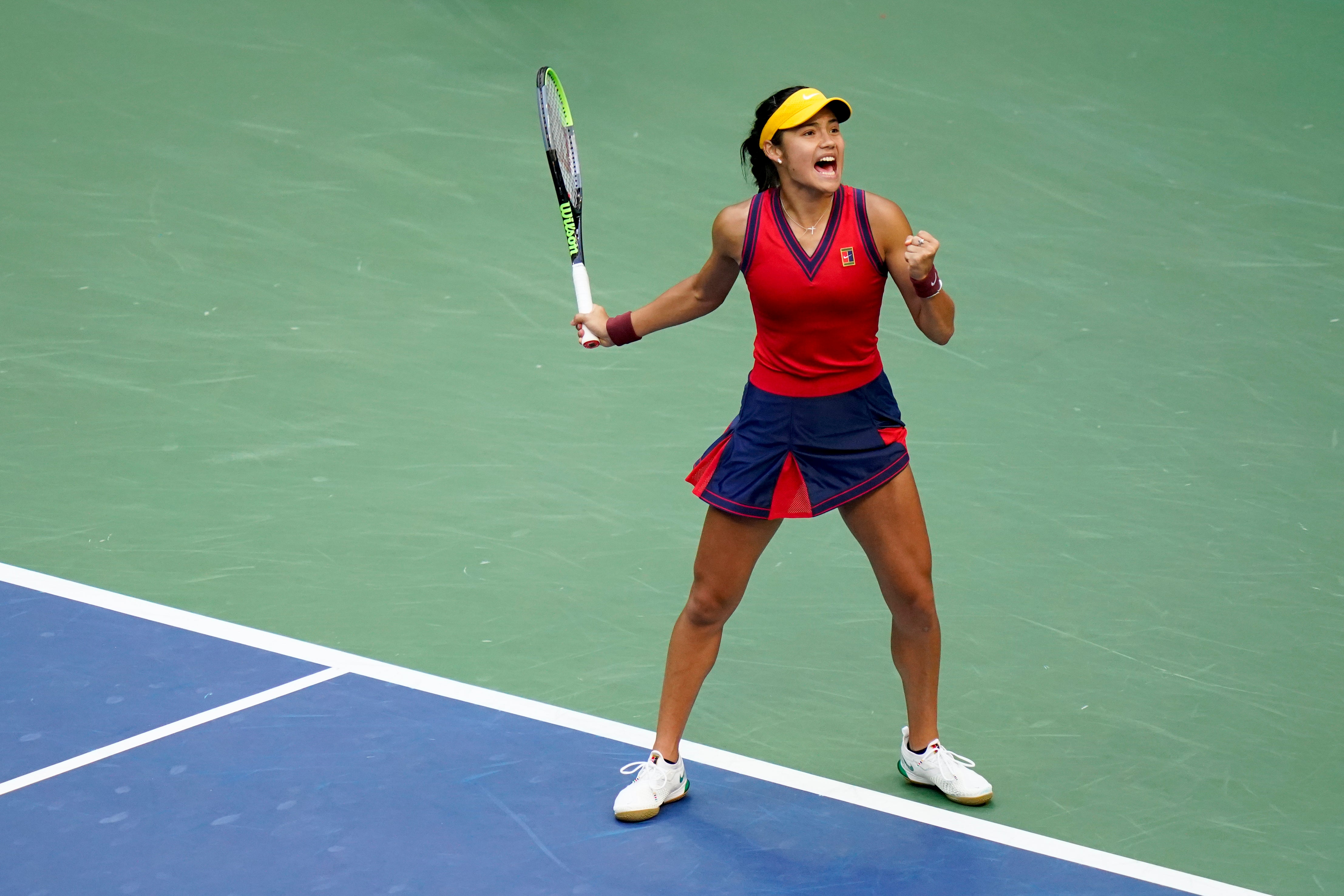 How will Raducanu cope now that elite players are all too aware of her skills?

In recent years, numerous young female players have ascended to grand slam titles only to struggle to sustain their momentum. The biggest challenge for Raducanu is to adapt her game when faced with those who will now be all too aware of the skills that she possesses. With so few evident areas of weakness, Raducanu looks in a strong position to continue her remarkable success. But the psychological factor is sure to be scrutinised as soon as she sheds her Met Gala finery and sets foot back on court.