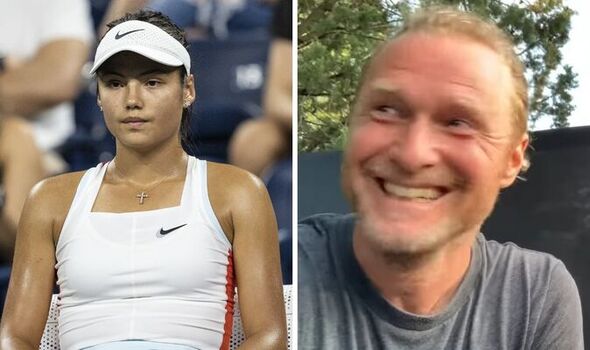 Emma Raducanu is continuing to work with Dmitry Tursunov having joined forces ahead of the US Open and while the Russian coach heaped praise on the teenager, he also cheekily added the Brit is not performing to her true ability. Raducanu and Tursunov joined forces originally on a part-time basis in the build-up to the US Open.

Raducanu declined to confirm after her exit from the final major of the year whether or not she would continue working with Tursunov. “We had a good six weeks in the States here,” said Raducanu after her defeat by Alize Cornet. “But I haven’t really thought about it.”

But the pair were spotted together at the Slovenia Open last week and Tursunov is also with Raducanu this week in Seoul for the Korea Open. The past few weeks have seen Raducanu slide back down the rankings following her exit at the US Open in the first round.

The 19-year-old is ranked 77th in the world heading into the Korea Open this week, where she will be hoping for a deep run in the tournament. On the practice courts, Tursunov has been spotted with his laces undone on his trainers and the Russian coach explained that his shoes have a “built-in sock, so you can put it on and off and you don’t have to lace it”. 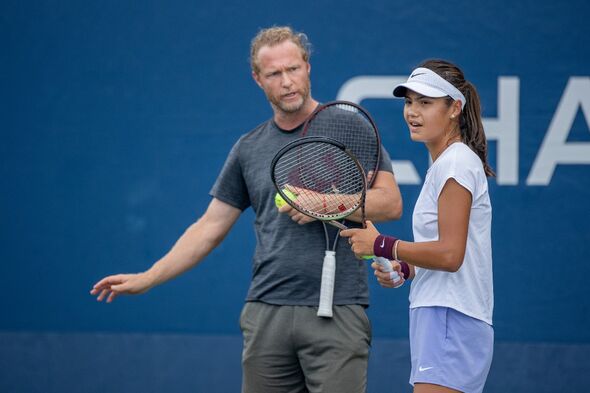 But he also went on to joke that Raducanu is yet to hit a high enough level to make him lace up for a real competitive match. “For now, she hasn’t reached the level to make me lace my shoes,” Tursunov joked to the Tennis Legend Podcast.

“You know, in old movies of martial arts, the teacher is fighting the student and loses to the student and then says ‘you’re ready.’ So like she’s not ready yet.” The relationship between the pair seems to be working well though from Tursunov’s side at least and he claims working with Raducanu has been “easy”.

“I really like her. She’s a great person, she’s smart, she works hard,” Tursunov added. “We all have our own things, every player has their own quirks and character traits.

“Sometimes players can be stubborn or hard to coach, you’re not gonna get a perfect player. I think she’s a really good person, I really like her, so it makes it a little bit easier for me.

“Whether things change or not, who knows, but for now I’m not complaining about anything.”